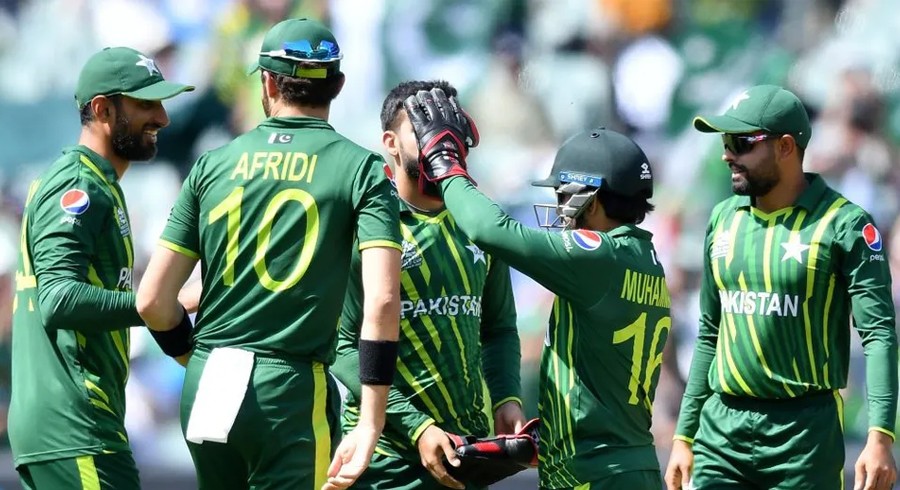 Pakistan were handed a lifeline when the Netherlands beat South Africa in the first game of the triple-header on Sunday, but now with a blank slate, they have set their sights on going all the way.

Familiar foes after the recent tri-series near this part of the world, Pakistan and New Zealand go head-to-head in Sydney in the first semi-final of the ICC Men's T20 World Cup 2022. Having beaten New Zealand in New Zealand to win the tri-series title recently, Pakistan would be eyeing a win with the momentum they have gathered over the last couple of matches in the Super 12 phase of the tournament.

"The moment Pakistan cricket fires off with intent and starts to reveal its teeth, we become a real threat. There will be no one in this world and this competition that would want to face us right now," team mentor Matthew Hayden's inspirational dressing room speech is revealing of the kind of energy that the wins have brought into Pakistan's campaign.

On paper, they are rock solid - two consolidating openers with another at No.3 capable of warding off collapses followed by a dynamic middle-order that has a healthy mix of bashers and floaters and enough left and right-handed options, two quality spinners and a world-class pace attack that has been dominating in this T20 World Cup.

New Zealand, on the other hand, have excelled as a unit across the three different phases. From Finn Allen's Powerplay exploits to Glenn Phillips' calculated onslaughts, New Zealand's batting packs quite a punch. They bat deep and have batters for any situation in the game. The bowling attack has a left-arm quick good in the Powerplay, a swing bowler, a high-end pace bowler who hits the deck hard and two different kinds of spinners.

New Zealand have thrashed the hosts and won all but one of their matches in this tournament so far. Pakistan will pose challenges, but there's no doubting that the Black Caps are equipped to handle them, which makes for a mouth-watering contest on paper.

Finn Allen: The New Zealand opener has made only 91 runs in this tournament in four innings, but his incredible strike rate of 189.58 makes him the most dangerous batter in the Black Caps team. Against a searing pace attack, Allen's task will be cut out, but if gets going, like he did at Christchurch one month ago against this very attack, sans Shaheen Afridi, expect New Zealand to come out on top.

Shadab Khan: In a team where the quicks have dominated headlines, Shadab Khan has emerged as an unlikely hero with bat and ball in the latter stages of the Super 12 phase. With the SCG likely to aid some turn and New Zealand's top five having just one left-hander, Shadab's role would be huge. He's fresh off a stunning heist at this ground against South Africa and would back himself to do it all over again.