Availability of foreign players won't be an issue when PSL 5 returns: Javed 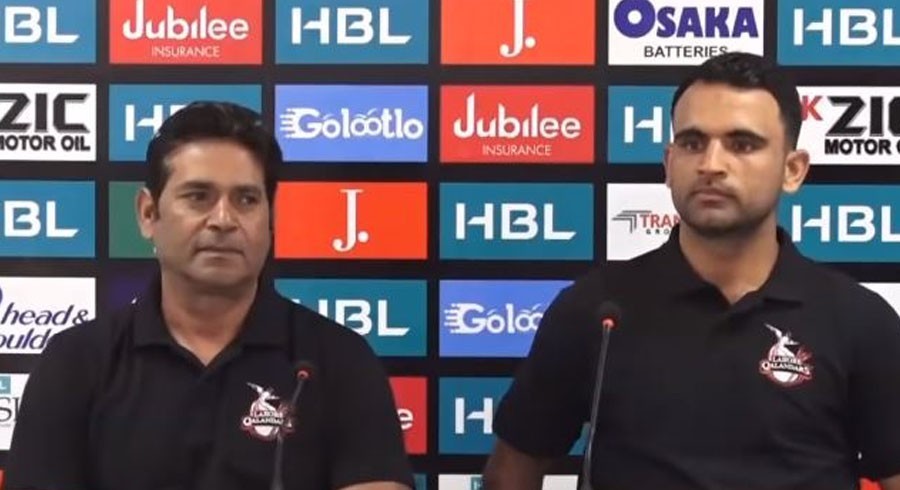 Lahore Qalandars head coach Aaqib Javed has claimed that availability of foreign players will not be an issue when the remaining matches of the now-suspended fifth season of Pakistan Super League (PSL) takes place in future.

While speaking to Cricket Pakistan in an exclusive interview, the former cricketer said that the rest of the tournament should be played in the original playoffs format instead of concluding it through semi-finals and a final.

“Teams that have qualified for PSL 5 playoffs would require only five foreigners in their team, which means 20 international players in total would be needed if the tournament resumes in September,” Javed said. “Except for Chris Lynn, the entire foreign contingent of Lahore Qalandars stayed in Pakistan till the tournament was postponed. Other teams also had majority of their foreign players available.”

“All the foreign cricketers felt safe and were happy in Pakistan. Once the tournament resumes, availability of foreign players won't be an issue,” he added.

According to sources, the Pakistan Cricket Board (PCB) is keen to stage the remaining PSL 5 matches alongside Men in Green’s home series against Zimbabwe series later this year in November. However, Javed believes that coming September would be an ideal time to restart the tournament.

“If the remaining matches are staged in September, then fans will be even more interested than before to watch the league,” he said. “Right now, people are isolated in their homes. First they used to crave international cricket, but now they are deprived of any sort of cricket. So if the tournament resumes in September, they will be even hungrier for watching some live cricket action and the league will reach new heights.”

Since Multan Sultans had topped the round robin stage of PSL 5, the franchise had been pushing for them to be declared the champions.

The 47-year-old doesn’t agree with Sultans’ demand and emphasised the need to conclude the tournament on the field.

“PSL has been postponed and not cancelled due to an unprecedented situation. The tournament is more important than any team winning or losing,” he said. “Once the situation improves, the remaining matches should resume as it is important for the tournament’s popularity that the champion is decided by competing on the ground and not through a toss or some other rule.”

“Players compete for the fans in the stadiums and those watching on Television. Similarly, broadcasters are also interested in the league as they want to telecast the matches to as many people as possible,” he concluded.