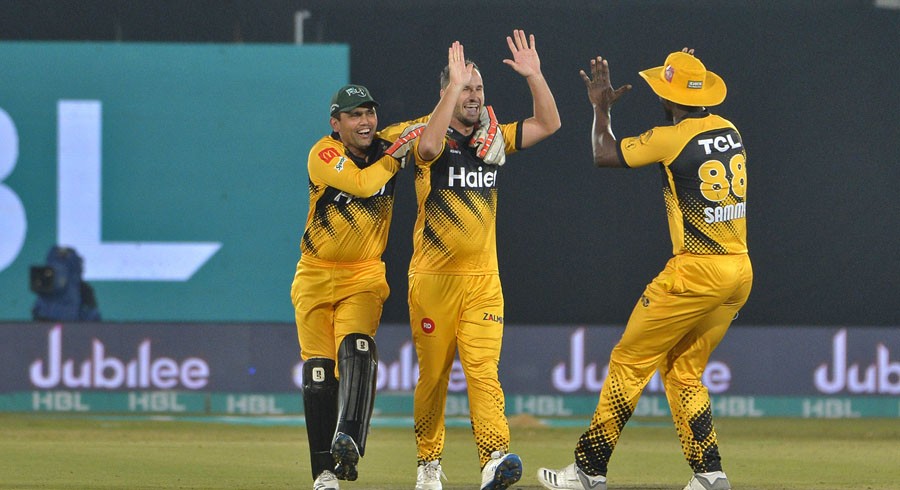 The Board of Governors of the Pakistan Cricket Board on Friday morning held their second meeting of the year, 58th overall, via a videoconference under the chairmanship of Ehsan Mani.

The BoG congratulated the PCB management for the successful staging of the HBL Pakistan Super League 2020 until it was postponed on March 17 due to Covid-19 pandemic. The 30 completed matches were played over four venues with more than 500,000 spectators crossing turnstiles to watch live action.

The BoG was informed that the PCB was planning to stage the remaining four matches later in the year, while it plans to add a fifth venue in Peshawar for the 2021 edition, which is scheduled to be held in February and March 2021.

The BoG approved to set-up a dedicated HBL PSL Department by separating it from the PCB’s Commercial Department. PSL Project Executive Shoaib Naveed will head the department as part of the PCB’s drive to improve stakeholder relationship and deliver top-quality event. There will also be an oversight group, which will comprise the Chief Executive, Chief Operating Officer, Chief Financial Officer and Director Commercial.

The PSL General Council meeting is scheduled in the first week of July with more details to follow in due course.

The BoG expressed satisfaction on the steps taken and processes followed prior to sending the Pakistan men’s national cricket team to England, but expressed concerns on the number of positive tests. On the basis the Covid-19 and cricket is likely to co-exist in the foreseeable future, the BoG advised the PCB to put in place stricter measures to ensure health and safety of all its elite cricketers.

The BoG approved a PKR7.76billion operating expenditure budget for the 2020-21 fiscal year, which is a 10 per cent reduction from the 2019-20 budget as part of the PCB’s austerity, robust financial management and belt-tightening exercise.

Without compromising and reducing any activities from the 2019-20 activities, the PCB has allocated 71.2 per cent of the overall budget for cricket-related activities. This is to ensure that despite tough financial situation due to the Covid-19 pandemic, cricket remains unaffected and the PCB continues to invest in the future.

While forecasting shortfall in revenues due to the Covid-19 pandemic, which has left the fate of revenues from international events hanging in balance and may also affect PCB’s commercial programme, the BoG has agreed to continue investment on infrastructure development by approving a PKR1.22billion budget for capital expenditure, a reduction of approximately PKR800million from 2019-20.

In line with Article 44(d) of the PCB Constitution 2019 and with an aim to safeguard the integrity and the reputation of the PCB as the custodian of the game in Pakistan, the BoG approved the PCB Code of Ethics, which deals with matters such as conflict of interest, declaration of interests and confidentiality.

All BoG Members, Committee Members and PCB Staff Members will now be bound and required to comply by the Code, which will also be enforced at the Cricket Association level.

The PCB Chairman updated the BoG on his meeting with the PCB Patron, including discussions around legislation on criminalising corruption in sports. In this relation, Mr Mani submitted to the Patron a draft proposal, which provides a short background on the menace of corruption and its impact on the integrity of sports; reviews the existing legislation enacted within Pakistan whilst noting that the same fail to adequately target and address corruption/illegal manipulation in sports; recommends the inclusion of certain provisions which, specifically target criminalisation of corruption in sports pertaining to corruption, illegal manipulation, betting, match and spot-fixing as well as aiding and abetting such conduct; and proposes the penalties to be imposed on individuals found guilty of engaging in such offences.

PCB Chief Executive Wasim Khan briefed the BoG on the new 12-month merit-based domestic player contracts for the 2020-21 season. The new contracts will come into effect from 1 August 2020.

According to the new monthly retainer structure, the PCB will again offer 192 leading domestic players (32 from each of the six Cricket Associations) performance-based contracts, but instead of paying a flat monthly retainer of PKR50,000 to all players, this season slab-wise payments will be made.

The new monthly retainer structure is: