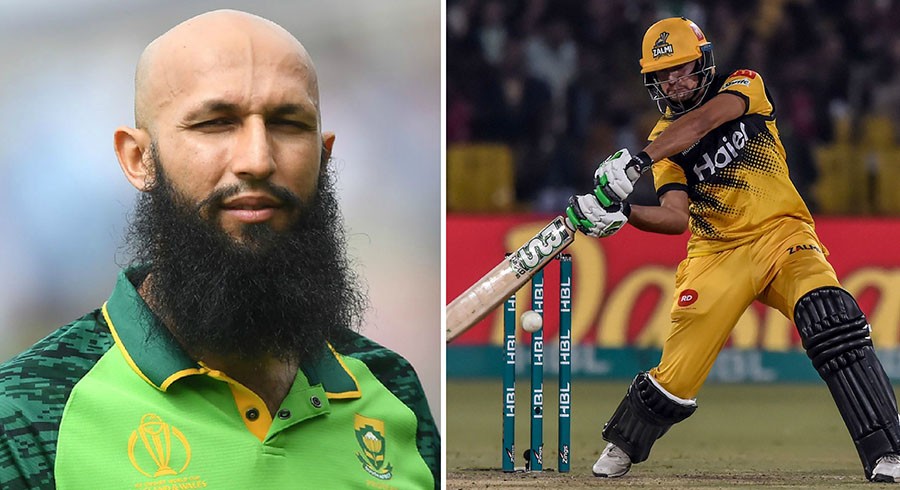 Rising Pakistan batsman Haider Ali, who played for Peshawar Zalmi during the now-suspended fifth edition of Pakistan Super League (PSL), has opened up about the pep talk he received from South Africa’s legendary cricketer Hashim Amla, who was serving as the team’s batting mentor, which helped him succeed in the tournament.

People are calling for Ali’s inclusion in Pakistan’s T20I side after his impressive performance in the fifth season of PSL. The right-handed batsman scored 239 runs in nine innings at an average of 29.87 and a strike-rate of 158.27.

“I have never seen a better person than Hashim Amla in my life because of the way he motivates a player,” said Ali while speaking on BSports Pakistan’s YouTube channel. “I could not perform well in my first match against Karachi Kings which is why I was very upset. Later that night, Hashim bhai got in touch with me and asked about my room number. He wanted to motivate me as I very depressed.”

“He could have asked me to come to his room but, despite being a legendary player, he was the one who was wanted to come visit me which was very surprising. But instead of him coming to my room, I went to his. The guidance I received, that night, really helped me perform better in the tournament,” he added.

ALSO READ: Vaughan includes one Pakistan player in his all-time XI from 1960s to 2010s

“Shoaib bhai had asked me to keep a lid on the big shots because it was not required during that phase of the game. Soon after that advice, I did not opt for a shot against Haris but he asked me to use the bat in my hands to play shots instead of leaving the ball. He stared at me and acted in an aggressive manner,” he said.

“After that Shoaib bhai came to me again and asked me to smack the ball out of the park no matter where he bowls the next ball and this is exactly what I did,” he added. “I also told Haris to go fetch the ball, by using my bat, after playing that shot.”

Babar Azam was blown away by the analytics I showed him, needs help: Dean Jones
More News