PCB, PSL franchises will meet on October 7 to redress grievances

A case was filed by team owners, in the Lahore High Court, after reservations over the league’s financial model 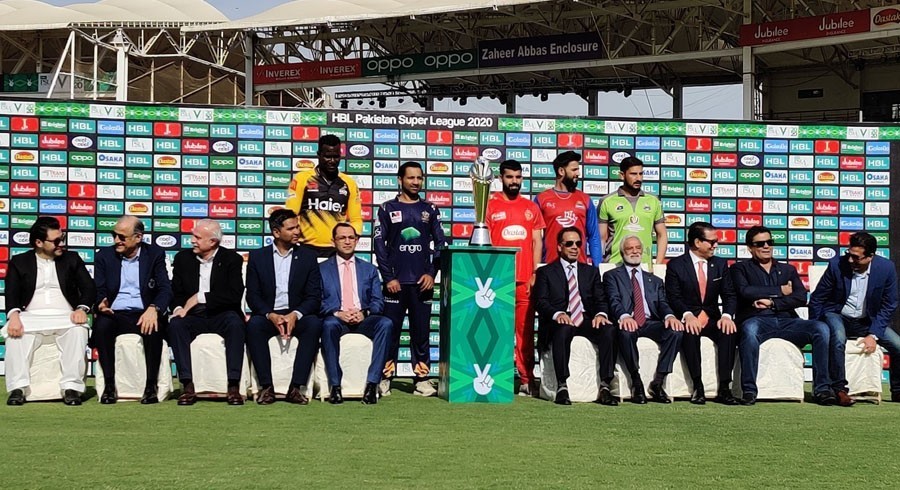 In the proceedings before the Lahore High Court (LHC) today it was agreed between the parties that Pakistan Cricket Board (PCB) and franchise owners will meet on October 7 to deliberate and discuss the disagreements and other issues associated with the structure of the Pakistan Super League (PSL).

Earlier, the franchises had filed a case with help of renowned lawyers, Ahmer Bilal Soofi and Salman Akram Raja, after suffering major losses, due to the currently used financial model, over the course of last five years.

“Justice Sajid Mehmood Sethi listened to the arguments addressed on behalf of PSL by Ahmer Bilal Soofi who argued that the PCB has a statutory duty under the Sports Ordinance 1962 to promote and develop the sports and all its measures should be in conformity to the said purpose including the franchise arrangements and other structures,” a joint statement by the franchises said.

“Salman Akram Raja argued extensively on the unreasonableness of the demand of franchise fee. He stated that it is extremely disproportionate and one sided and therefore the same needs to be rationalized. Raja relying on the several judgments of the High Court and the Supreme Court argued that he is seeking relief not in contractual sense but beyond the contract and inviting attention to the PCBs overarching duty to protect the stakeholders associated with PCB. He contended that the franchise owners are continuously suffering losses under the present model and they cannot continue like this,” the statement added.

Tafazzul Rizvi, PCB’s legal advisor, also addressed arguments on behalf of the board.

“The learned judge confronted the PCB counsel as to why they do not sit with the PSL owners and address their genuine grievances,” the statement claimed.  “The Learned Judge commented that given the Covid situation which is the globally recognized incidence, such an out of court effort in good faith may be considered.”

Responding to judge’s remarks, the PCB’s Chief Operating Officer (COO) Salman Naseer stated that they are prepared to invite the PSL owners on the October 7 to commence the process of redressing the grievances.

The PSL counsels, Raja and Soofi, concurred with the suggestion and with the said development the matter was disposed of by the learned High Court.

“It is a welcoming development that PCB and PSL Owners have decided to discuss the matter out of court and find a mutually acceptable solution. As this will be a positive development for the cricket fans throughout the country,” the statement concluded.

Later, Naseer, in a video released by the PCB, regretted that the dispute had reached this point.

“It was sad that the issue got to the court. The PCB has always tried to resolve its issues with the franchises amicably. The coverage given to this case has damaged both the PCB and PSL brands at global level,” said Naseer.

“The offer to talk was there before the case and remains even now. We have invited the franchises to sit with us for a talk on October 7 and hold discussions with us in a good faith in a bid to resolve our differences,” he added.

He also revealed that the franchises will soon clear their dues, with regards to year 2019 and 2020.

“We also have struck a gentleman’s agreement with them of not taking any adverse action against them until October 9. In return, they have promised to immediately clear their dues from 2019 and 2020.”