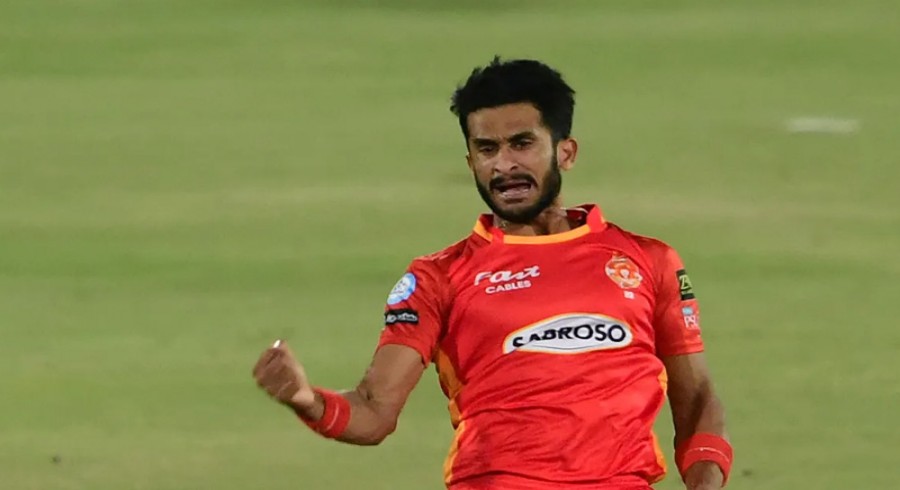 Islamabad United pacers impressed with the ball as they bowled out Quetta Gladiators for 133 after opting to field first on Friday in Abu Dhabi.

Opener Usman Khan, who scored 81 in his maiden PSL match, started from where he left off in Karachi, as he smashed Hasan Ali for a boundary on the first ball of the match.

The right-hand batsman followed it up by playing a magnificent cover-drive to end Hasan’s over, which yielded 15 runs.

Quetta were off to a quick start but Mohammad Wasim Jr brought United back by castling Faf du Plessis’ stumps for 5.

United continued to exert pressure after picking Faf’s wicket as their pacers didn’t allow the Gladiators' batsmen to score freely in the powerplay, thus conceding only 36 runs.

Shadab Khan brought himself into the attack after powerplay and struck gold as he dismissed the dangerous looking Usman for 14.

Quetta kept losing wickets at regular interval as Gladiators captain Sarfaraz edged a delivery from Musa Khan to the wicketkeeper and departed after scoring only 2.

Australian import Jake Weatherald made use of his experience as he kept calm and rotated the strike by pinching quick singles and doubles as wickets fell around him. He took advantage of Musa’s inexperience by attacking the young pacer to up the ante.

Azam Khan, who recently earned a call-up to Pakistan team, showed his power-hitting ability straight away as he dispatched Shadab for a six over extra cover. Weatherald also helped himself to a six against Shadab as they stitched an important partnership for Gladiators.

Andre Russell displayed his intentions from the get go as he smoked Musa Khan for two humongous sixes. Musa replied by a quick bouncer which rattled Russell’s helmet. Russell continued but not for long as he was caught for 13 on the next ball.

Wasim Jr kept impressing with his brilliant Yorkers, as he clean bowled Mohammad Nawaz in his third over.

However, it was Hasan Ali who jolted Quetta heavily as he removed the hard-hitter Azam Khan at the crucial juncute. Azam was caught behind after scoring 26 from 23 balls.

Hasan and Musa picked up two wickets each. But it was Wasim, who finished with brilliant figures of 2/12 from his four-over spell, thus helping United restrict Gladiators to a modest total.