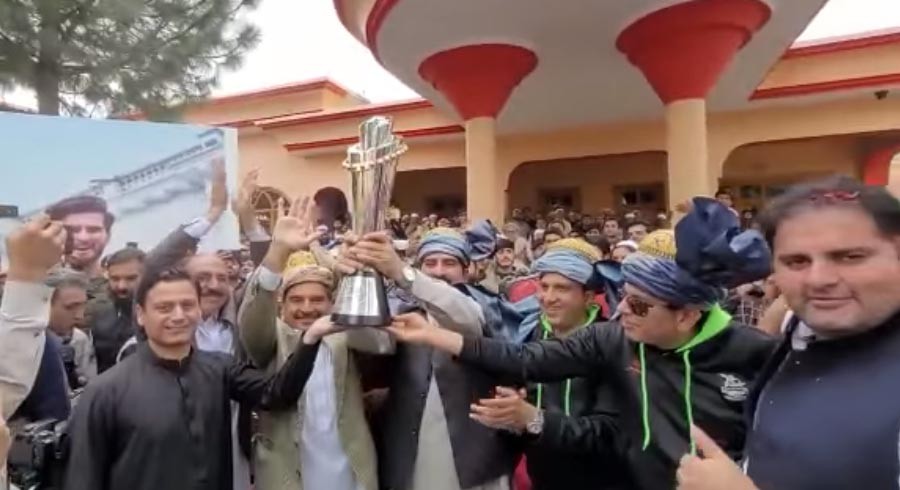 A great gesture has been shown by the management of Lahore Qalandars as they took the HBL Pakistan Super League (PSL) trophy to Shaheen Shah Afridi's home in Landi Kotal.

A large number of people from nearby areas were also present to see a glimpse of the trophy. According to Atif Rana, when Qalandars made Shaheen captain of the side, he had promised  Shaheen's father that they will bring the trophy home.

"The purpose of bringing the trophy here is to thank everyone for their support, love and prayers. Lahore Qalandars are not from any one city. It is a team from all over Pakistan. We will take the trophy to every city of Pakistan and thank the fans for their love," Atif said.

Meanwhile, Shaheen also thanked Qalandars' management for this gesture as he feels proud to see the trophy in the hands of his father.

To see trophy in those hands who have raised me is the best feeling ever. I am so proud of you Abu Ji. 🙏