12th man duties in cricket: disrespectful or a matter of ego?

If we foster ego and the ‘I’ approach in players, the team’s performance will suffer 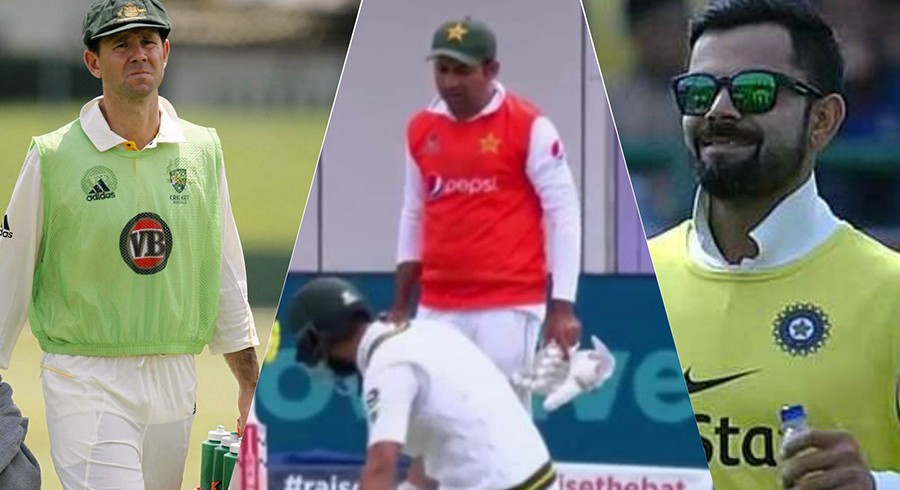 With the recent uproar of fans and some former cricketers regarding ex-Pakistan captain Sarfaraz Ahmed performing 12th man duties, especially for junior players, there seems to be a blur related to what kind of culture is being demanded in a team sport.

Everyone related to cricket knows that 12th man is the go-to person when it comes to carrying drinks, requested items by on-field players or even conveying important messages by the coach to the players. It is understood that he/she is still part of the team. In fact, all reserve players are. There is definitely a big difference in being dictated and ordered to do certain tasks as compared to doing the job since it is required to be done.

In the case of Sarfaraz, a highly respectable player in the cricketing world, sending him to carry shoes of a junior player as the photo suggested should not be considered as a disrespect to him. And in the case if this is considered as a disrespect then what kind culture and divisions are we creating in the game which is supposed to be a team sport?

If we are to promote a culture where senior experienced individuals, when being reserve players, are given duties which are categorised as ‘reputable’, ‘respectful’ and of ‘their standard’ and not take that into consideration when it comes to junior players, will surely create a divide and a culture of favouritism, elitism and stardom. This will also create divisions within a team and only teaches the aspiring cricketers to feed their ego and think in a self-centred way, instead of believing and playing as a team where the approach required is ‘we’ instead of ‘I’.

Pakistan's head coach and chief selector, Misbahul Haq, later explained that three of the non-playing members of the 16-man squad for the Test match were playing in the nets and the former skipper was the only one available at that moment for 12th man duties.

"This type of discussion can only happen in Pakistan. I also performed the duties of a 12th man, when I was captain and was sitting out in a match against Australia. There is no shame in doing that,” said Misbah.

“Sarfaraz is an excellent human being and player. He knows that it is a team game. When other players are practicising outside, so the player who is available has to help out. It is not a matter of disrespect. In fact, it is big of Sarfaraz that he doesn’t mind doing it. Plus, it is a sign of a good team,” he added.

This surely justifies and explains that cricket is after all a team sport and doing 12th man duties is not a matter of disrespect but the requirement of the game.

More so, If we look at a couple of examples when the most successful players in the game have been 12th man and carried the required items for on-field players, a number of names like Indian captain Virat Kohli, former skipper MS Dhoni, batting greats like Sachin Tendulkar, Ricky Ponting and Don Bradman make the list.

To start with, in 2012 MS Dhoni carried the energy boosters for the batsmen during the triangular series against Australia and Sri Lanka. The former captain again served drinks to the players during the warm-up game of Champions Trophy against Bangladesh. Additionally, in 2018, Dhoni even carried kit-bag and drinks for players during the second T20I against Ireland.

Look who is carrying drinks for @ImRaina . @msdhoni will and forever remain a role model for any youngsters . #Respect #INDvIRE pic.twitter.com/8G3UehNi5z

Similarly, Virat Kohli, during the fourth Test against Australia in 2017, was resting due to a shoulder injury but was seen happily carrying drinks for the players.

Virat loving it out there #INDvAUS pic.twitter.com/qHe62jgqwf

Not only this, but the great Don Bradman has reportedly carried drinks as well in 1928 and even Tendulkar, during the relief match between ICC World XI and Asia XI performed the same duties.

Moreover, in 2011 during a match between Australia and Sri Lanka Board X1, Ricky Ponting, the Australian legend carried towel and liquid for his teammates.

Be it any field, the positive and successful team culture always comprises of essential qualities that include prioritising greater team performance over personal pride, attitude and ego.

If we foster ego and the ‘I’ approach in players, the team’s performance will suffer as such an approach will produce individuals of diverse egoist characters, destruct the equal ground needed to communicate with each other and result in individuals competing for their own goals and not the goals of the team.