Decision of dropping the pacer must be given another thought 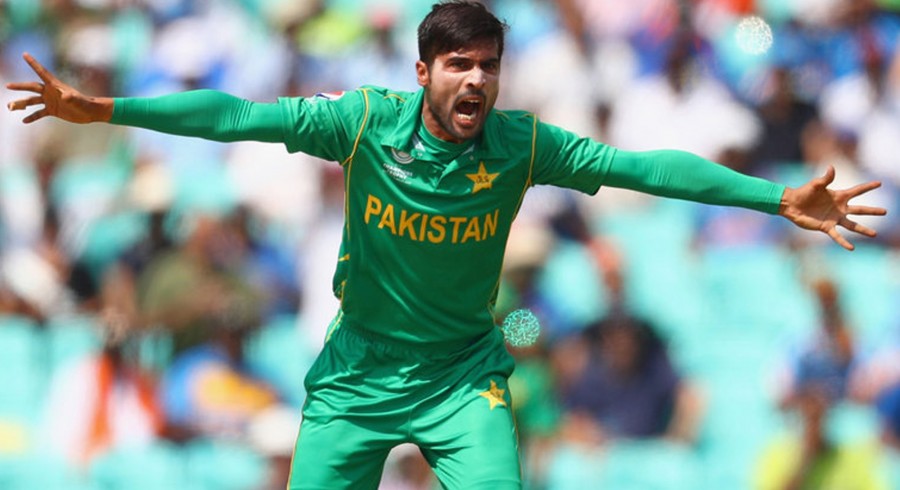 Being a Pakistani, whether we agree or not, our Cricket thrill and excitement come down to the rivalry with India.

The very fact that losing a match against any other country in the world results in a shrug of disappointment or may be a social media status or two; but when a match against India is lost, we begin with swearing, go on to social media bashing and further to knocking televisions down on the streets.

Amazingly, it goes for both sides. This results in aggression against each other, both on and sometimes off the field.

But amidst this deep-root rivalry, a widely known, daring, tough and fiercely talented Indian hitter, Virat Kohli holds an opinion about one of the Pakistani Bowlers: “Keeping in mind the recent bowlers I have gone up against it has to be Mohammad Amir of Pakistan. He is in the top two or three bowlers in the world and the toughest bowlers I have played in my career. He is one of those bowlers who demand that you bring your A Game while facing him. Or he will strike.”

Mohammad Amir was introduced to the high-profile world of cricket as a young, talented and hot pace prospect in 2007/08 and was compared to Wasim Akram for his uncanny ability to swing the ball.

In 2007, the pace camp that Wasim Akram was over-seeing led him to choose Amir, even before he was sent to an under-19 tour to England and by the year 2010, he was being recognized as the hottest pace bowling prospect around the world.

In his debut season for National Bank Pakistan he took 55 wickets which led to his selection in the World T20 squad. His pace and accuracy proved beneficial to Pakistan’s cause.

Dismissing the tournament top-scorer Tillakaratne Dilshan for a five-ball duck and spicing it up with short balls, made him a nerveless bowler.  Carrying his form to the ODI version and picking up match-winning figures of 4 for 28 against Sri Lanka in August, before turning in consistent spells in the Champion’s Trophy made him a star that helped Pakistan cricket.

Pacing forward his tours to Sri Lanka, New Zealand, Australia and England seasoned him to play against international cricketers and on various international pitches. In this tenure he matured his new-ball as well as reverse swing and in his tour of England in 2010, the world saw the best of him. He was appraised as the youngest bowler, at 18, to take 50 Test Wickets.

This was the time that calamity befell him and he was charged with spot-fixing after bowling deliberate, pre-planned no-balls. In February 2011, he was handed a five-year ban.

Nevertheless, Amir made a comeback in January 2016 and shook the grounds once again. He rattled India's top order with three wickets in a hostile spell of pace bowling; Amir's reintegration came full circle.

His opening salvo, in the Champion’s Trophy final, took away the game from India’s reach. Defending 338, Rohit Sharma stumbled in his first over, followed by Virat Kohli’s outside edge and Shikhar Dhawan’s fall, Amir concluded his spell at 6-2-16-3, and paved Pakistan’s path to victory.

Having stated all the highlights of Amir’s career, I must say that I do not ignore the fact that he has not been able to perform in some of the games lately, but basing an opinion on only the bad performances and completely overlooking the good performances is not fair.

There are many great players in the world, even outside the world of cricket that stayed out of form for a long time, but did their home countries leave them out, entirely? No, they supported them.

Our cricket board needs to fight for its players; we have lost some amazing talents just because they were not owned. It’s the board’s duty to train, equip, facilitate and bring out the best from each player instead of throwing them away like a rotten sandwich.

Not including Amir in the World Cup 2019 squad is a very unwise decision. In fact, the selected squad had many players with terrible averages, who have barely performed ever.

The decision of dropping Amir must be given another thought, keeping in view his brilliant performances in the past. Instead of leaving him behind, the board must consider helping him get back on his feet and letting him play his role.

All the new talent is excellent but someone like Amir who has a class adorned with panache and his strength is lethality grabbed in passion must not be left behind.