Champions of social media humiliated on the field

Pakistan cricket is being played on social media more than grounds 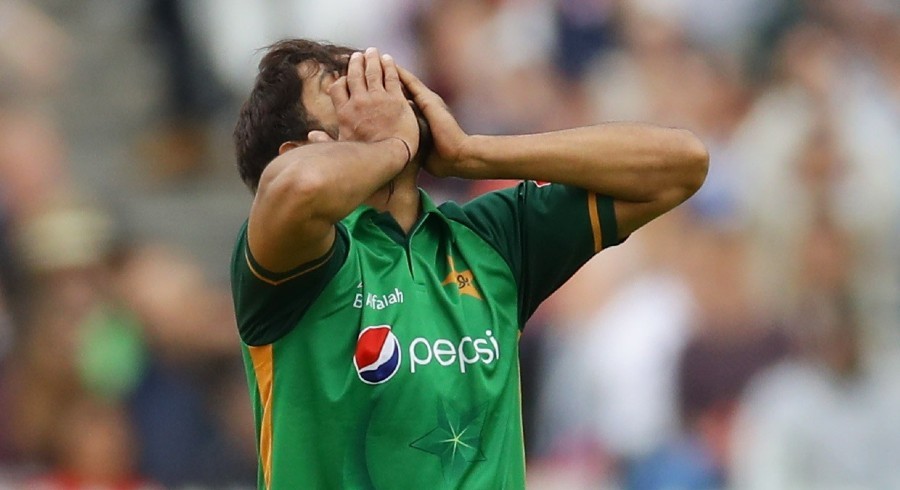 “In Pakistan, a good all-rounder is one who cannot bat or bowl.”

A colleague of mine used to say this but I was never in favor of this assessment. However, over time I began to see the merits of this line of thinking. Nowadays, Faheem Ashraf settles well into this perspective. If a cricketer plays 30 One-Day Internationals (ODI) and scores 208 runs at an average of 11 and takes 23 wickets at an average of 44, no one will call him an all-rounder.

Our country has boasted all-rounders such as Imran Khan, Wasim Akram, Shahid Afridi, Abdul Razzaq and Azhar Mahmood but unfortunately, we now refer to Faheem Ashraf as an all-rounder. This might be a reason for Pakistan’s miserable recent performances.  Their tail is long and nobody except Hasan Ali is showing improvements.

Hasan Ali has made an incredible comeback after overcoming injuries and has proved himself with the ball along with his power-hitting exploits. He might turn into a great all-rounder if he continues working hard. Other cricketers should learn a lesson from Hasan Ali.

Shaheen Shah has performed well but he hasn’t been able to take a lot of wickets in England. Haris Rauf has turned into Shoaib Akhtar before time. He should try to perform well before working on his acting. Two years ago, when Pakistan toured England, they were comprehensively beaten in all four ODIs, giving away in access of 340 runs in each match. This time too, the bowlers have been ineffective. In these times, a lot of questions should be raised on the performance of Waqar Younis, who is lurking in the shadows. How many bowlers has he prepared? Before the series, we were talking about how lucky Pakistan are to face sides that do not have the luxury of their premier players. This time around, the entire England side was changed abruptly.

It seemed like a 0-3 England whitewash was on the horizon. The PCB might have already prepared its celebratory messages from the likes of CEO Wasim Khan and Chairman Ehsan Mani. We thought what couldn’t happen in the last 46 years would happen ow and Pakistan will finally win an ODI series in England. But we have been hearing about the unpredictability of Pakistan since our childhood. They can win against the world champions on one day, only to lose to Zimbabwe in the next match. So many captains and players have come and gone, but the label remains the same.

Hosting the currently ongoing series was vital for England. They would have incurred heavy losses if it had not gone ahead. Therefore, the ECB quickly brought together another team when their squad was hit with a spread of Covid-19. Ben Stokes, who was recovering from injury, was called in from his home and given the captaincy. Nine players in the new squad were yet to debut for England in ODIs. Maybe, the cricketers got as excited as us and assumed they would walk all over the new kids in the opposition. These cricketers however were brought back down to earth after being dominated in the first ODI.

Saqib Mahmood had proved himself in the Karachi leg of the PSL. He broke Pakistan’s back after taking four wickets at the top of the order. Pakistan’s opening woes continue. Imamul Haq’s performances have no consistency. He played two impressive knocks in South Africa, but lost all his confidence in the PSL. Fakhar Zaman couldn’t play his natural game because wickets continued to fall at the other end. Babar Azam failed in both ODIs. If the team continues to lose, Babar’s batting is likely to be affected as well. It is alarming to see his form fall during a world cup year. Mohammad Rizwan too had been instrumental in Pakistan’s recent victories. Unfortunately, he has also been out of form in England. Pakistan relies on Babar Azam and Mohammad Rizwan a lot. Sohaib Maqsood needs to come out of his PSL performances. This is ODI cricket and T20. You need to play longer innings rather than going back into the hut after hitting one or two sixes.

Our approach is very different to that of other teams. We go into our shell after losing one or two quick wickets. This ensures that we do not get runs while wickets continue to fall as the pressure builds. Other teams press on in a bid to score runs.

Vice-captain Shadab Khan’s performance has also become a source of trouble for Pakistan. He was coming back from injury and that is why he has been given leeway, but this cannot last. He must start performing with both bat and ball.

Pakistan cricket is being played on social media more than grounds. Despite zero performances on the ground, social media depicts the team as though they are world champions. The real aim should be to win matches on the ground. When a side loses to Zimbabwe or a depleted England, nothing can save them from criticism. Our top officials should stop working from British homes and start pondering on making Pakistan’s cricket better. They might have guaranteed extensions but those have raised the tensions of the fans who keep wondering, what will happen next?