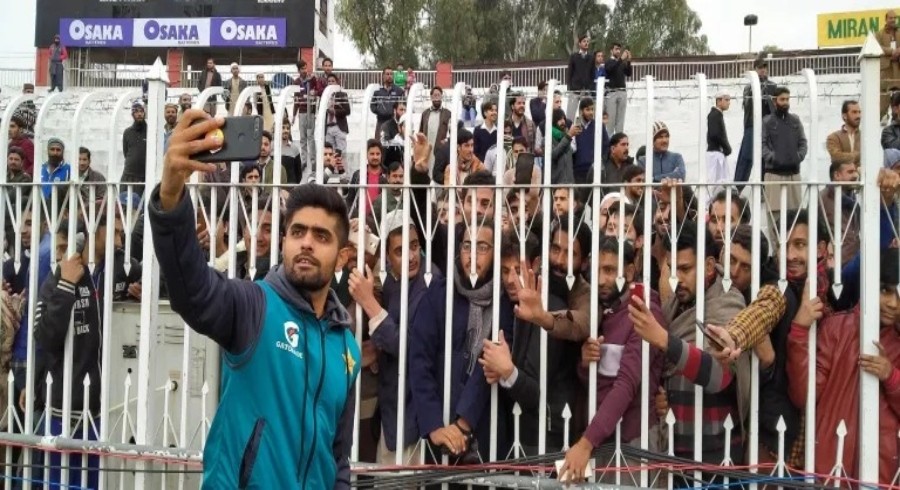 In the developing nations, such as Pakistan, Sri Lanka, or Afghanistan, if you go to a random tea stall and eavesdrop the casual conversations, more often than not, you would hear people bashing the government for not doing a good job and how they hate their country. But, if their country is playing against another, the same people would be cheering and even praising if their team is winning at the same tea stall.

So, it’s easy to understand why people love and support their teams, but why do people fall madly in love with individual players, why Sachin Tendulkar elevated to God-like status in India. Why do love for an athlete sometimes even transcends the love for a nation? In his illustrious career, Sachin has stumbled upon almost every situation. There were times when he was fighting lost battles. I am certain that an ardent lover of Sachin Tendulkar must have prayed at least once that even if India loses the match, may Sachin score a century.

To say that we love athletes because they are representing our respective countries is wrong because you will find millions of Cristiano Ronaldo or Leo Messi’s fans in the subcontinent that love them as much as Indians love Virat Kohli, if not more. AB de Villiers was South Africa’s trump card; you don’t cheer for him; you pray and hope that he gets out as early as possible. Still, in 2015 when South Africa toured India, in the first ODI, AB needed two runs on the last delivery of the innings, and the whole stadium was cheering for him to get to the century, and when he did, the crowd erupted.

So why do we love athletes? Maybe it’s because they inspire us, they can do things that we, the common people, cannot do, or perhaps even other athletes.

Benjamin Stokes did something special in the 2019 world cup final. He achieved the status of an icon; he has cemented his place in history books, even if he retires today. Or maybe there is something philosophical about it that we cannot yet explain scientifically.

Every cricket lover wants a player in his team who is leading the game; it makes us sleep better at night. Pakistani fans are dying for a player to emerge so that they can tell the world that we belong here. Since Wasim Akram retired, we have been starving for a player of his status. I have not mentioned once a Pakistan player because we do not have one. Surely, Inzamamul Haq, Younis Khan, or Mohammad Yousuf comes to mind, but none were as good as Sachin or Lara. And in recent times no Pakistani player has had an impact like Virat, ABD, or Stokes.

Wasim Akram, on the other hand, was and is the greatest fast-bowler of all time. Ask any batsman; they have Wasim at the top of the list, be it Lara, Steve Waugh, or Michael Atherton. You would not hear Glenn McGrath, James Anderson, Dale Steyn, or Shane Warne say that Inzi, Younis, or Yousaf were the toughest batsman they had confronted.

When a young, energetic, and vulnerable Mohammad Amir emerged in the late 2000s, the cricketing world lost its mind; the world had found another Akram, 15 more years of sheer joy. Pakistani fans were dancing wildly; we were the kings again. Nobody was ready for the unfortunate Spot-fixing scandal andm since his return, he has never been the same.

We got so cornered and so desperate that we started comparing the likes of Ahmed Shehzad and Umar Akmal with Virat Kohli, who at that stage had the world at his feet, and he had nothing more to prove, yet showing up every time as if it was his first match. When that did not work out, we started to lose hope. Maybe we are done; we started blaming the system, the management, maybe Pakistan has exhausted all of the resources. In the last stages of his career, Shahid Afridi famously said: “There is no talent in Pakistan, I am still better than most.”

Then emerged Babar Azam, he was known as the cousin of the Akmal brothers. People did not take him seriously, considered him another false promise. But Babar Azam was different; we did not know that. As the years went by, he made a name for himself. He started scoring runs, valuable runs, against good teams notched up centuries for fun.

Here comes a guy who can score a century against Australia on Australian soil. We forgot what that felt like; Indian fans have never been starved for that, neither have South African or England fans. They are producing batting maestros one after another.

And then the inevitable happened, Babar Azam was compared to Virat Kohli, to the extent that even Babar Azam got tired of the perpetual comparison that he implored not to compare him with foreign legends but rather compare him with national stars, such as Javed Miandad, Inzi, Younis or Yousuf. Babar knows for sure that his comparison with Virat Kohli is not going to stop; perhaps the debate will blaze even more if he keeps on performing like that.

Most probably, Babar Azam will never threaten the batting record books; he will not threaten Virat, Steven Smith, or Sachin’s batting records, the number of runs or centuries they have scored. Not because he cannot be as good as them, he has that potential but simply because he does not get the same opportunities.

In Test matches, Steven Smith has played 34 of his 73 games at home at an average of 71.14; his away record is equally staggering, 60.15, and let’s not make a fool of ourselves by comparing his Test record to others, Smithy is the Bradman of our time.

Since his debut, Babar Azam has played only three games in Pakistan and scored a century in each match. Even though the runs came against comparatively weak teams, Sri Lanka and Bangladesh, but had it been Australia, England, or India, we all know he would do wonders. Make no mistake, UAE is not a home; it is a neutral venue.

Numbers are not enough to judge a batsman, and maybe Babar Azam does not get to play 150 Test matches over his career, but for him to join the ranks of giants, he needs to win games, period.

Ben Stokes is the hottest property in the cricketing world right now; every team in the world wants him on their side, not because he scores a crazy amount of runs or leads the wicket-taking charts but simply because he is winning matches single-handedly. Babar is not an all-rounder, but he must find ways to take his team over the line to reach that level.

In his or her ignorance, when you see a Pakistani fan comparing relatively young Babar with the batting giants of our era, do not judge us. Because we have longed for a batsman that we can look up to, who is ours, who represents us, who scores centuries against Australia and England, who perform at the world cups, who face the world with a calm demeanor, and lets his bat do the talking. So, if we are overly excited, or it seems like we are giving him more than he deserves, please bear with us. We have ached for him; we want to see him take on the best in the world and pain their hearts. So that one day in the distant future, when Pat Cummins is asked about who was the toughest batsman he had to bowl to, he would answer “Babar Azam.”