Pakistan is an atomic power, makes fighter jets, cars, mobile phones but have not learned to make good pitches 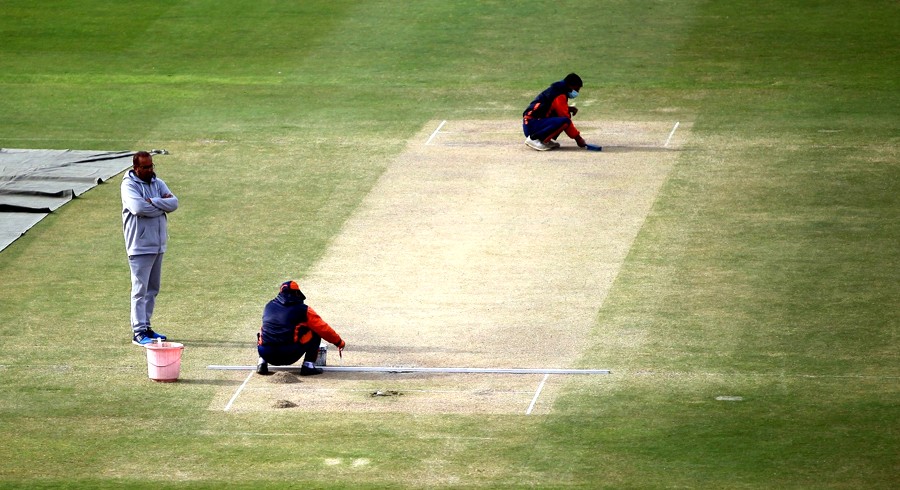 Australian men's cricket team is touring Pakistan for the first time in 24 years. While traveling to the hotel from the airport, Aussies must be admiring the beauty of the city and thinking that this country is completely different from what they must have heard.

The officials who visited Pakistan in the past would have thought about how much Pakistan has changed.
Although, after witnessing the first Test in Rawalpindi, they had an idea that the one thing which has not changed in 75 years is the pitches.

Foreign players have often criticised the pitch conditions in the past and after the Rawalpindi Test, the cricket fraternity is criticising it even more.

According to the Australian media, the International Cricket Council (ICC) can take action and rate this pitch “poor”. I have always said that the hosts have the freedom to make the pitch according to their own strengths. When our team tours Australia, our batters are unable to see the ball on their quick wickets. Test matches are decided in three days. We also have the right to make pitches according to our strengths.

Australia makes fast and India make spin tracks to win. But maybe we are not aware of our strengths or we are scared to fall into our own trap.

Due to a defensive mindset, they made such a dead wicket that no batsman can get out. If we post big totals, the visiting team won't get disheartened. Such a pitch was prepared where even Shaheen Shah Afridi could have scored a century.

We could have shown more trust in our spinners, Nauman Ali managed to bag six wickets on a dead pitch and he could have taken more if the conditions were more favorable.

Pakistan is an atomic power, makes fighter jets, cars, mobile phones and what not but they have not learned to make good pitches.

Pakistan Cricket Board (PCB) still calls veteran curator Agha Zahid to come and oversee the wicket. No doubt Mr. Agha is very senior but now it's his age to retire.

Preparing a pitch is a science and this responsibility should be handed over to educated youngsters, seniors like Agha Zahid should train them and move on.

A young expert of pitch and soil came here but after making fun and was turned down and then sent back home.

The first Test has been drawn but in consequence what will happen if the Rawalpindi stadium is suspended or fined. We complain that fans do not come to the stadium, why will the fans spend money and come to the ground to see such dull matches?

We can be happy by drawing all three Tests like this but what benefit will our team get. People wanted to see a balanced battle between Shaheen Shan and Steve Smith, Usman Khawaja and Marnus Labuschagne. Shaheen put in all his efforts but got no result. A pitch that produced over a thousand runs in five days and only 14 wickets what can the helpless bowlers do in such a situation.

However, we can not take back the credit from the batters for their brilliant performance. Imam ul Haq's entire career was shadowed by his uncle Inzamam-ul-Haq. When he was no longer a chief selector the opener got very less chances. Abid Ali cemented a permanent spot in the team but unfortunately was forced to stay away from the game due to a heart condition.

Imam took full advantage of the opportunity and scored centuries in both innings of the match. Consistent performances like these will help Imam to make his own recognition. Similarly, Abdullah Shafique got a chance to make his name by scoring his maiden century. Azhar Ali also scored big runs in the first innings but skipper Babar Azam was unlucky as he got run out and could not score big. Man of tough situations Fawad Alam did not get a chance to bat on such pitches.

Fortunately, batters scored centuries but at the same time, two bowlers also made centuries of giving runs. The other two were also close to giving 100 runs but the bowlers can not be blamed for this.

Maybe you are thinking that Pakistan drew the match and made so many records in batting and rather than being happy I am criticizing the pitch so my dear friends If you think about cricket you will understand my point.

Usually, pacers used to get some help from the Rawalpindi track. I wonder what happened that things changed completely this time.

Now let's see how Karachi's pitch will be prepared. At least they should think about their spinners. Don’t be scared and have confidence that our bowlers are not less than anyone and they can win the match on their own. Batters are also confident, In the end, I would like to thank the Australian team for coming to Pakistan and winning hearts with their constant kind gestures like David Warner's dance moves on the field and Marnus Labuschagne thanking the fans for the banner they made for him on his social media.

This all proves that the visitors are having a good time here. Pakistan is well known for its hospitality and they are not leaving any opportunity this time either. The security arrangements are also up to the mark. I hope that the coming matches will also be conducted safely and the Aussies will go back home with pleasant memories. This tour has opened doors for England and New Zealand tours for the future, so Thank you Australia!