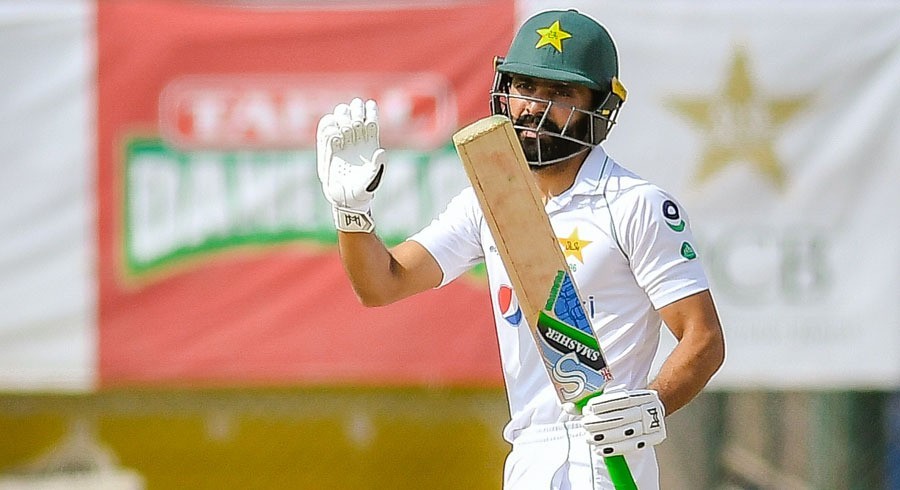 Fawad Alam became the first Asian batsman to convert his first four Test fifties into hundreds, in 18 innings, during the Harare Test. Alam is also the quickest Pakistani to reach his fourth Test hundred.

Pakistan is in desperate need of a dependable batsman in limited-overs cricket. Thankfully, they have Fawad Alam in Test cricket. When Babar Azam got out on a golden duck in Harara Test, Pakistan team came under pressure but Fawad took the team out of trouble with a magnificent century. Whenever Fawad plays a big innings, one can’t help but think how can a batsman like Fawad Alam be ignored for so long despite scoring runs in domestic?

These days if a player is dropped from one or two series, he starts thinking about retirement. Whereas, Fawad never complained and believed that he will get rewarded for his efforts by the Almighty. This is what is happening now and Fawad is in no mood to look behind and is aiming to build new records.

Misbahul Haq is often criticised for various things but he was the one who selected Fawad during his tenure as chief selector. Misbah supported Fawad after the left-hander failed to score in his comeback innings, hence the current head coach deserves credit as well.

If Fawad was given chances like Azhar Ali and Asad Shafiq in the past, he would have crossed them already in terms of runs. Anyway, Fawad should now look forward and make best use of his time left in cricket. He is still fit and can still represent Pakistan for a number of years.

Fawad Alam is not the only victim of likes and dislikes from Pakistan selectors. Chief Selector Mohammad Wasim selected Tabish Khan in the Test squad after he was reminded of his past YouTube videos, which he made in favour of the pacer. Tabish is past his peak, but he deserves the green cap after performing in domestic for so many years.

We should create a system, where media does not have to ask for the inclusion of a deserving player. There is no dearth of talent in Pakistan. However, many players become disheartened after being ignored despite performances in domestic cricket. Not everyone is mentally tough like Fawad Alam, who can remain determined despite injustice.