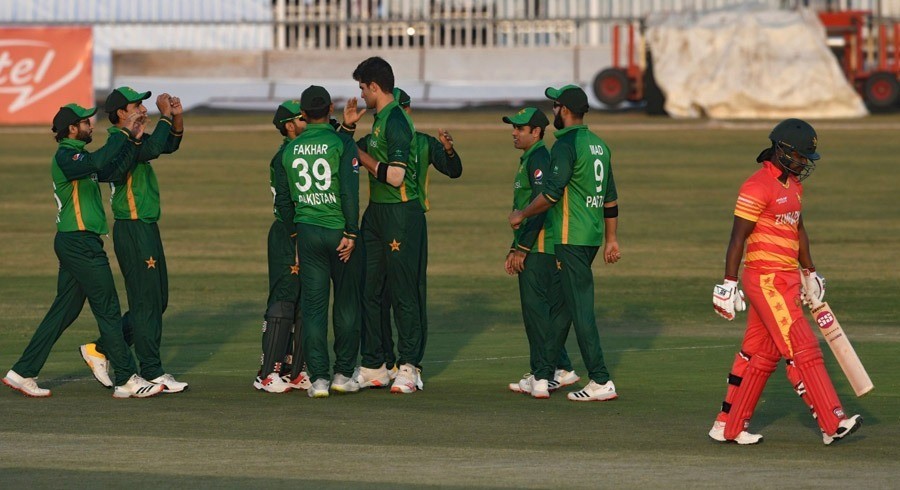 Before the start of the series, no one expected it to be competitive. All the experts were predicting a whitewash and speculated several records that can be broken. On the contrary, Pakistan suffered a shocking defeat in the third ODI and it could have been much worse had it not been for fiery spells by Wahab and Shaheen in the death overs of the first match. There are five lessons that the team management should learn from this series.

Pakistan continued to play the brand of cricket that had yielded little success in the past decade. The Safety-first approach was extensively used by Misbah with little success when he was the captain. Imam, Rizwan, Abid, Khushdil, and Haris all made the mistake of not taking the attack to the opposition. They spent too much time on the crease without rotation of strike. Haider Ali was completely the opposite; he went after everything without any thought-process behind it. They all need to learn from Babar Azam, who looks for singles consistently and puts away the bad ball.

Pakistan used 16 players in the three matches and handed 4 debuts. This was a series in which the bench strength was tested; however, it failed to produce the desired results. Haris Rauf took one wicket in two matches, Musa went for 80 runs that eventually cost Pakistan the match, Haider was reckless in the field and failed with the bat twice, and Khushdil couldn’t convert a decent start. The bench strength needs to improve substantially.

With Shadab injured, the team did not go with a genuine spin-bowling option. Imad Wasim is tidy and consistent with his line and length but he does not turn the ball. Iftikhar picked up a five-wicket haul but there is little evidence that he could bowl the full quota of overs against strong oppositions. The team management does not seem to have confidence in Usman Qadir as he is yet to make a debut despite being in the squad on three occasions.

Babar Azam couldn’t finish off the game in the last ODI but he looked a class apart in the last two matches. He has continued to improve and has worked on his strike rate. Although it was against weak opposition, his 125-run marathon innings was one of the finest in his career. He is probably the only world-class player in this lineup and Pakistan will be relying heavily on him for limited-overs success.

Rizwan struggled with the bat and gloves but what was disappointing the most was his strike-rate of around 40. He had a golden chance to cement his place in the side; however, his weaknesses have been completely exposed by such a mediocre bowling line-up. It’s time for Pakistan to find someone else for the position and Rohail Nazir could be an option which could be considered.