Hafeez may not justify selection in team, but he deserves better treatment

All-rounder has turned 38, and his place in the playing eleven looks uncertain to say the least 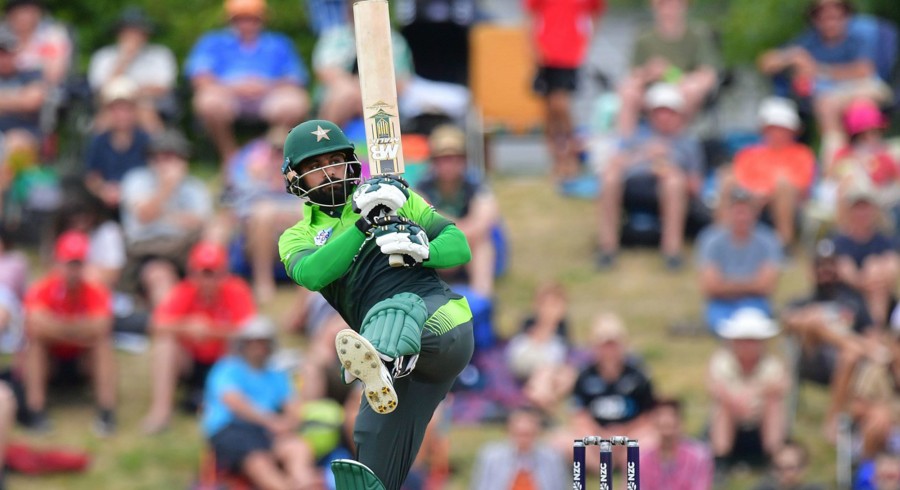 Mohammad Hafeez is no longer a good all-rounder. His bowling is no longer beneficial for the team, while his bat has seldom him make respectable scores. To cap it all up, his fielding no longer shows a youth's energy — he has turned 38 now.

If all which is stated is fact, then why did chief selector Inzamal ul Haq opted for him in the first place? Why didn't our coach Mickey Arthur and captain Sarfaraz Ahmed object to his selection?

They should give an explanation for such questions. If the selection was made after all due attention, then we do not expect to see the insulting treatment administered to a senior player like Hafeez.

A player who has played 50 Tests, 200 ODIs and 83 T20Is, and a player who has led the team as a captain for a long period of time deserved much better than what he is being subjected to in Zimbabwe.

He has been virtually kept out of the ground since Arthur prefers young cricketers.

On the other side, Shoaib Malik has already announced that he would retire from ODI cricket after the 2019 World Cup.

He is, after all, a man who goes with the flow.

Similarly, Hafeez is also being subjected to an atmosphere of distrust by the board which may force him to announce his retirement as soon as he returns from the tour.

A player who had been representing the country in international cricket for the past 15 years should have been given at least five matches to establish his place in the team. Had he not performed throughout the series, he would have been left with no choice but to consider stepping down.

However, the board chose to drop him from the ODI series after his poor performance in the earlier T20I Tri-Series.

Throughout the past few years, Hafeez has undergone a disturbing, military-level, scrutiny of his balling action. After finally getting the clearance, he was allowed to join the team only to see that the management had a different plan for him.

Hafeez did get a couple of chances to prove his mettle in T20Is. However, his performances were not up to the mark as he was disappointingly knocked out for just seven as the opener in the first T20I.

During the same match, he, however, managed to bag two wickets within just five balls while given the tail-end balling spell of the match.

We also saw that the whole battling line-up of Pakistan was unsuccessful against Australia.

However, it was only Hafeez that had to be dropped. He was not even allowed to ball in the first match. In the matches that proceeded, we saw that a junior like Haris Sohail was made as the opener, while Hafeez remained out of the squad.

In Pakistan, there is a trend that players are awarded Test caps based on their performances in T20 cricket. However, Hafeez was kept out of the one-day matches for not coming up to the marks in T20s.

He has not been sent to the ground from the very first ODI. Only an unlucky player would have failed to perform against a feeble team like Zimbabwe, where some good players have been kept out only because of financial issues faced by the board, while others have been missing the series owing to injuries.

Our coach might have figured out the opportunity for Hafeez so it was decided that he better be left out. We saw how a weak Zimbabwe team succumbed against the performance of Pakistan. However, watching a former captain applauding the team while behind dropped out is a deplorable sight for a cricket fan.

I think Arthur should tell him clearly that he is no longer needed in the team. However, if he had the courage to do such a thing, he would not have opted for Hafeez in the first place. It is sad to see a good player like Hafeez approaching the end of his career in such a manner.

If the coach cannot help, then the chief selector should approach Hafeez and bid him good bye in the manner he deserves. He should at least be given two ODIs where he could score well and leave with some happy memories.

An entire team comprising of youngsters may prove fatal for Pakistan cricket. There is no world team which relies wholly on inexperienced players, no matter how talented they are.

In addition to being an all-rounder, Hafeez is also blessed with a solid IQ for cricket. It was Hafeez who scored two half-centuries for Pakistan when the Men in Green collapsed in the five-match series against New Zealand earlier this year.

He also scored a 50 in the final of the Champions Trophy. It is not that that his cricketing colour has altogether faded. However, it could be seen that the priorities of the management have changed.

Senior players should be given farewell on good terms; not the way we are seeing it for Hafeez.