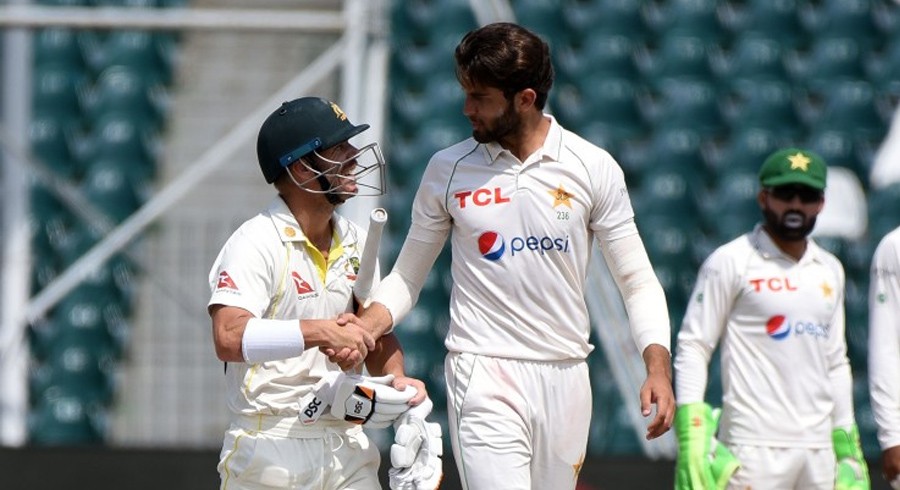 The much anticipated historic series between Pakistan and Australia witnessed many heartfelt moments during the matches both on and off the field.

Australian players are well known for their aggression and fierce nature while playing. The Aussies are famous for their sledging and giving a hard time to their opponents.

During the ongoing Benaud-Qadir Trophy, the world witnessed a different side of the Aussies. Although the two teams competed neck to neck, giving no space to breathe to each other, some gestures from the Australian players went viral on social media and made a special place in the heart of Pakistani fans.

The Australian team has enjoyed their time in Pakistan since they landed in Islamabad; The opening batter of Australia, David Warner, tweeted about how much he was amazed by the beauty of Islamabad.

"I've only great words to say about the place. It's amazing"

Even when Tests produced no results, the crowds were amazing in all matches; the fans came from far and wide to support both the teams.

Some engaging banners from the spectators went viral on the internet and Australian batter Marnus Labuschagne specially posted on his Twitter, thanking the crowd for their love and support.

The banner that drew everyone's attention said: “ Beware of Marnus. He will say No Run all day and end up with a 100.”

This one was great pic.twitter.com/ckIACmNViO

After arriving in Lahore, the Australian players also went out in the city to take some time off from cricket and enjoy golf, sending a message to the world that Pakistan is a safe country and leisure time can be spent outside the hotel without any security issues.

The left-handed batter David Warner was seen dancing in the ground to keep the crowds entertained during the Rawalpindi Test. Warner is very active on social media and is often posting his dancing and acting videos for his fans. But his gesture of dancing for the crowd during the first Test was a gesture that made a special place in the heart of the fans.

Shaheen Shah Afridi also had a camaraderie moment with David Warner when Shaheen walked up to Warner and exchanged a few words in his follow-up on the last ball of Day Three of the final Test.

Usually, sledging and aggression are witnessed in such scenarios, but both players smiled and showed a friendly gesture. Warner even posted a selfie with the pacer after the match.

Karachi Test was a battlefield on the last day as both teams competed intensely. After the match ended in a draw Pakistan Cricket Board (PCB) posted a picture of Australian players standing with the Pakistani players in the hotel, exchanging words with laughter.

After an epic and historic Test in Karachi, players catch-up at the teams hotel.#BoysReadyHain l #PAKvAUS pic.twitter.com/TVyj9VVQNN

All these moments portray the mutual respect both teams share for each other, and the successful tour of Australia will bring a lot of positivity in the future for Pakistan cricket.

After the Lahore Test, Australian white-ball captain Aaron Finch, leg-spinner Adam Zampa and other big stars will also join the squad. The fans from Pakistan expect the same friendly gestures from the other Australian greats.

The ODI series will start from March 29, whereas the only T20 will be played on April 5.