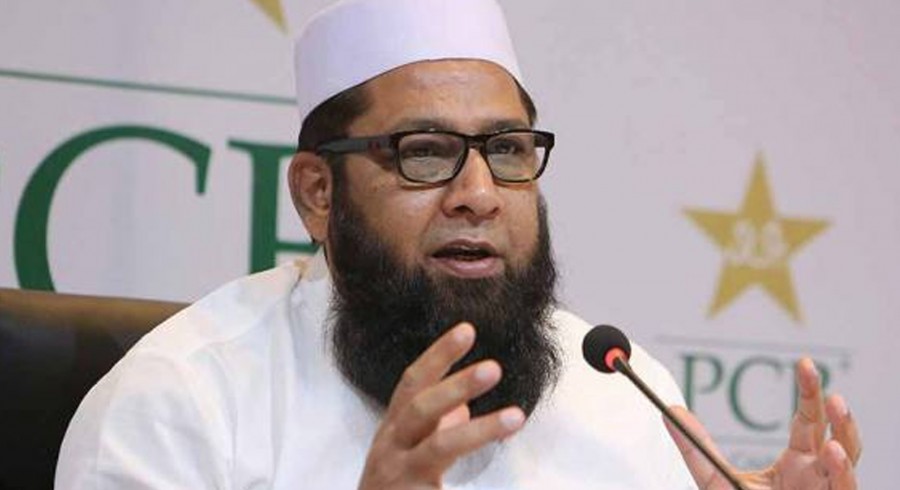 A lot of people think that I’m pursuing a set agenda against Pakistan cricket’s Chief Selector Inzamamul Haq but that is entirely not the case.

I have never filed a request to conduct Inzamam's interview and this is something which Pakistan Cricket Board (PCB)'s former Media Director Amjad Hussain Bhatti, current incharge Samiul Hasan Burney and Media Manager Raza Rashid. I have not even given him, Inzamam, a phone call in past several years.

The purpose of sharing all this with you is to ensure that people know my version of the story and don’t believe in all the speculations about this.

I do not have any personal issues with Inzamam. In the past, he called himself "Inzi –the Legend" on Twitter which was correct since he is one, but self-praise isn't good, anyways but thankfully he has now changed his Twitter name.

Inzamam has been associated with the PCB for three years. The absence of new players coming through during his time is in front of everyone, however, the careers of the players ruined by him is also not a secret. Now, I expect that the likely appointment of a new chief selector will help in serving justice to the neglected cricketers.

Moving on, another former cricketer Younis Khan, like Inzamam, is one of Pakistan’s greatest-ever batsman. Assigning coaching responsibilities of junior team to Rahul Dravid in India proved to be a successful experiment. Now Pakistan is also considering it, which is why they tried to avail Khan's services, but it did not work out due to financial and power issues.

There are some attitude issues with Khan. Hence, he has never got the appreciation he deserved for his services to Pakistan cricket. He made himself more controversial by trusting the wrong people in the closing days of his career. Retiring from ODI cricket by playing just one match against England 2015, which he was selected for the entire series against, was a clear example of it.

Board sources shared that Khan had demanded a hefty remuneration. Moreover, he wanted to take over the role of chief selector, in addition to being the coach. He had also expressed the desire to have former cricketer Arshad Khan and Abdul Razzaq as part of his team. His demands left the board perturbed which is why they decided against his appointment.

Finally in the past couple of weeks, the proposed changed to Pakistan’s domestic structure has also caused a lot of hue and cry. I think the the changes should be delayed till next year. The players, who might lose their jobs, can look for alternate work and several big issues will definitely surface if such a decision is taken in haste.

We expect good results from the new domestic structure but the authorities will come under strict pressure in case of trouble and it won’t be easy to impose one's desires in the domestic setup. The next two months are crucial for Pakistan and we should pray for good news, so that our cricket could flourish.