Is the ICC biased against Muslim players? 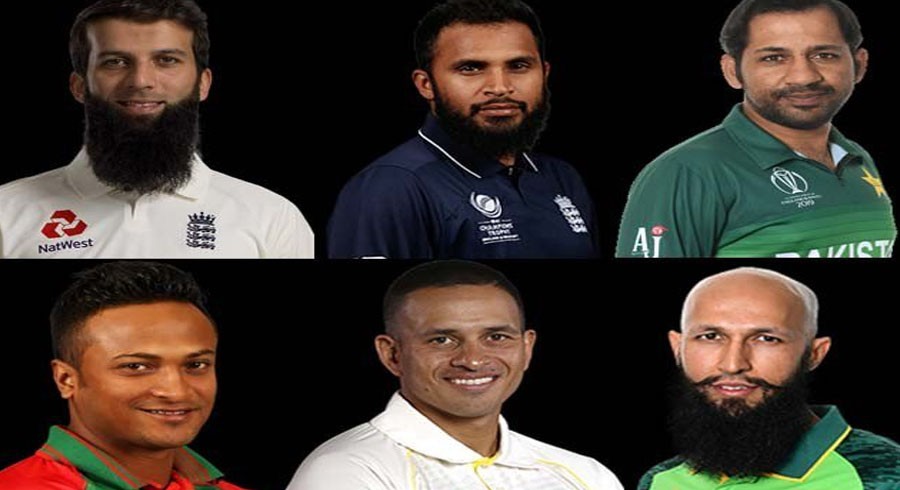 Recently, while going through my Twitter feed, I came across a rather amusing tweet. It was by the former vice chancellor of the Lahore University of Management Sciences (LUMS), Dr Adil Najam. The tweet names and shames the International Cricket Council (ICC) for being biased against Muslim players by making them play ODI cricket during the month of Ramazan and on Eid as well.

According to Najam, the ICC gave preferential treatment to Indian players by giving them ample time to refresh prior to the World Cup. But is such a critique of the ICC fair? Is the governing body of cricket truly biased against Muslim players?  I don’t think so.

#ShameOnYouICC
This is about #AFG🇦🇫 #BAN🇧🇩 #PAK🇵🇰 but also about #Muslims in just about every team - 1 out of every 3 players in #CWC19 is #Muslim: made to play in UK #Ramzan with 18+ hours of fasting.

Why wasn’t #CWC moved forward a week? Did @ICC bosses not think, or not care?

The Indian team came into the tournament right after the conclusion of the Indian Premier League (IPL). The late start that India had in the World Cup has already led to many believing that the ICC is blatantly favouring the Board of Control for Cricket in India (BCCI), arguing that the Indian team was given an extra few days due to the IPL ending later than predicted. While this may be, is this somehow indicative of an agenda against Muslim players?

The impact of the BCCI on international cricket is undeniable, simply due to the monetary reality of the game. Decisions which favour the Indian board usually get approved by the ICC. However, this does not necessitate faith-based discrimination. The ongoing World Cup schedule was released in April last year. Thirteen months later, it has become a matter of concern due to its clash with Ramazan for Najam.

If this was truly a matter of concern for any of the Muslim players, cricketing boards or supporters, then it should have been raised as an issue well in advance. It seems strange to point out this issue once the tournament has already commenced. Clearly, either the Muslim players did not see this as an issue, or they simply lack some foresight. Despite the dominance of the Indian, Australian and English cricketing boards in the ICC, the council does include and represent players from across the world from different faiths. It seems unfair to lambast the ICC now when any of its Muslim members could have pointed this out much earlier. Also, keep in mind, even now, no Muslim cricketer competing in the 2019 World Cup has raised this concern.

Seven out of the 10 teams competing in the World Cup consist of Muslim players. Almost half of the players playing in the greatest cricketing tournament are Muslims. You’d think if playing in Ramazan was a matter of concern for them then they would have informed the ICC of so. Granted, if the ICC ignored their requests then it is an entirely different matter altogether, but there have been no such reports of this being the case.

I do not see this as a malicious attempt to victimise Muslim players since it is clear that playing in Ramazan has not been a problem for the players or for the boards. Additionally, Ramazan teaches us to carry out our day to day activities while fasting. In my opinion, it’s against the very spirit of Ramazan to demand a period of relaxation due to an adherence to religious rituals. The fact that Indian players received extra rest days was due to their professional commitments, which they informed the ICC about well in advance.

It’s imperative to critically analyse what one posts on Twitter, and I feel that Najam has added to the hostility against Muslims in the midst of the already existing narrative that the ICC is overlooking minor cricket boards. The issue regarding Muslim cricket players is becoming unnecessarily controversial.

As a cricketer myself, the series of tweets is an insult to the gentleman’s game and to the spirit of Ramazan. As professionals, international players train hard ahead of Ramazan in order to build enough strength to play well, and expect no leniency in return. High profile players like Hashim Amla and Moeen Ali make sure that their teams do not suffer because of their religious practices. These players have been great ambassadors of Islam because of their professionalism. We have seen the effect this can have given that there has been a decline in Islamophobia among Liverpool followers since Mohammad Salah joined their team.

Nonetheless, perhaps a lesson can be learnt from this. In the future, it is the responsibility of the respective boards, players and us fans to bring to the fore any concerns which may have been overlooked.