It's not all doom and gloom 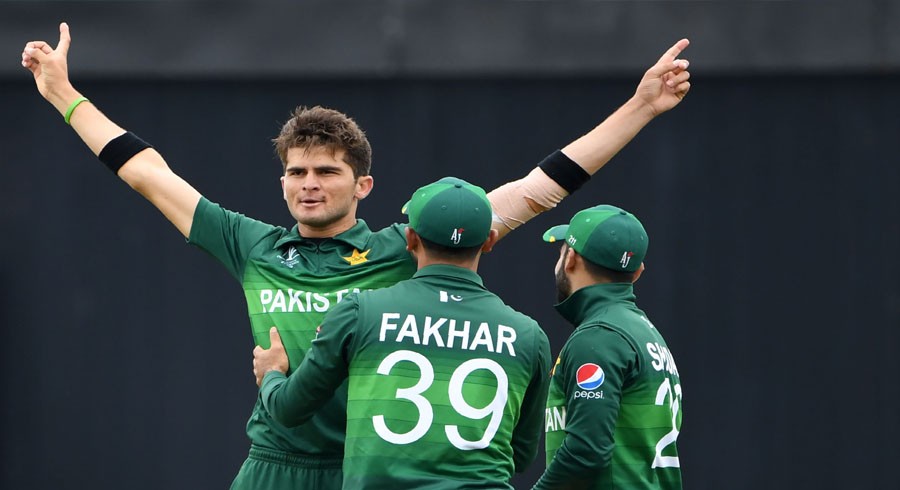 It’s all over. Pakistan’s World Cup campaign is done and dusted. The dreams of repeating the 1992 heroics and clinching the prestigious silverware are shattered. Even though offering justifications for not being able to make into the top four is insipid, many dogmatic cricket geeks have already clung to the demands of major overhaul which is rather inimical. As English poet John Milton said; “Every cloud has a silver lining”. Similarly, there are plenty of positives to take away from Pakistan’s bittersweet World Cup campaign which Pakistan Cricket Board can use as a springboard to forge a dynamic and cohesive side in future.

At just 24 years of age, Babar Azam is currently the most fascinating, graceful batsman in Pakistan’s line-up. His figures are a convincing evidence of the quality he possesses. Interestingly, his consistency is as great as his exquisite array of strokes. In six out of eight innings, he scored in excess of 40 which is the second highest number of 40+ scores in a World Cup by a Pakistani batsman. His tally of 474 runs in his debut World Cup at an astonishing average of 67.7 allowed him to eclipse the legendary Javed Miandad’s record of most runs by a Pakistani batsman in a single World Cup. Unfortunately, he was not at his best against West Indies, although his score of 22 was the joint highest score by Pakistan batsmen in that innings. Apart from that failure, he enjoyed a wonderfully successful tournament. In the following innings against tournament favourites England, he scored 63 at a strike rate of 95 to set the platform for a competitive total. Against New Zealand at Edgbaston, he played probably the best innings of his career. On a slow track which assisted spinners from the very first ball, he smashed an unbeaten 101 to guide Pakistan home and keep their semi-final hopes alive. In the process, he reached the 3000-run mark in his 68th innings, only behind Hashim Amla who did it in 57 innings. During this masterclass, he also achieved the feat of becoming the first Pakistani non-opener to get to three figures in a World Cup since 1987. Many doubts were raised about his ability to contribute in a match-winning cause but he silenced his critics by scoring 3 half-centuries and 1 century in Pakistan’s victories. If he continues the way he is doing, his dream to be amongst the world's top players would become a reality soon.

Shaheen Shah Afridi is drawing comparisons with his illustrious predecessors and has already displayed some remarkable performances during his brief career. Although there is still a long way to go, but the talent Shaheen possesses is beyond worldly. In 5 matches he played in this tournament, he obtained 15 wickets; most by any teenager in a single World Cup. After regaining his spot back in the side, Shaheen played pivotal role in taking the game away from the opposition which is proved by the stat that only three of his 15 scalps were tail-enders. In the game against Bangladesh at Lord's, he claimed six wickets for 35 runs; becoming the youngest to grab a five-for at Lord's and in a World Cup. In the process, he also registered best bowling figures by a Pakistani in a World Cup. Shaheen started the devastation with a three wicket haul against New Zealand, followed it up by a four wicket haul against Afghanistan and ended the tournament with 6-fer against Bangladesh. Although too young to take this role, Shaheen Afridi might be the pace spearhead Pakistan have been waiting for. As the legendary Rahul Dravid said; "Shaheen Shah Afridi has all it takes to be a future star and become a real asset to the national side".

Coming into this World Cup, Imad Wasim did little of note. However, Imad Wasim has turned things around in a spectacular fashion. Following a failure against West Indies, he had to sit out of the games against England and Australia. Brought back into the side against India, he blunted the threat of Indian batsman by conceding 49 runs in his 10 overs. When he came out to bat, the match was already in India's grasp, but he reduced the margin of defeat by scoring an unbeaten 46 off 39 balls. His finest moment was against Afghanistan where he showed immense grit to snatch a win from the jaws of defeat. Against Bangladesh too, he played a handy cameo with the bat and effectively choked their run flow with the ball. All in all, Imad Wasim's performances were a proof that he has the essentials to mould himself into a potent all-rounder.

Despite being gutted by their dreams of a World Cup win getting shattered, Pakistan fans can take heart from how well their team fought. From beating the tournament hosts to ending New Zealand’s winning streak, fans must be pleased about how Pakistan fared in the mega event. Haris Sohail’s knocks against South Africa and New Zealand, Mohammad Amir finding his groove and the form of Wahab Riaz are signs that bode well for the future of Pakistan cricket. If Pakistan Cricket Board (PCB) walks the talk rather than talk the talk, then there is no stopping them from being crowned as the world champions in future.