They barely managed to make it to the playoffs, which was only because of Lahore Qalandars’ unexpected downfall 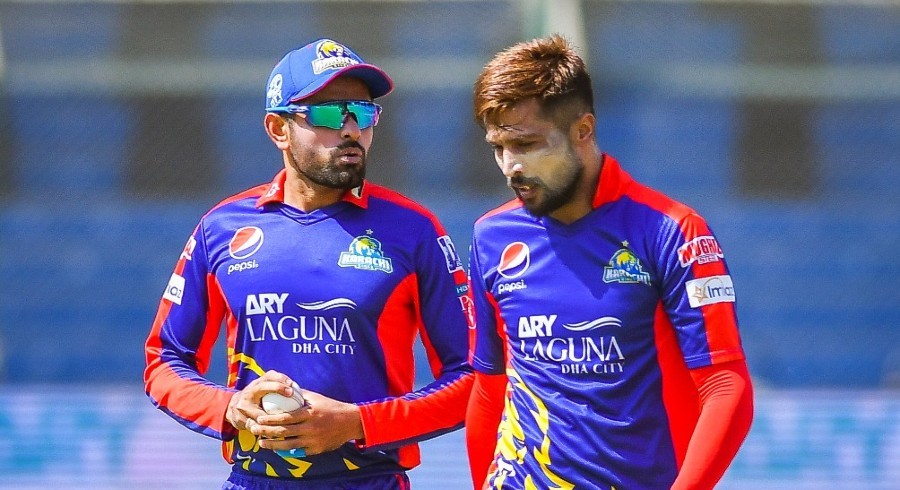 Seven months ago, Karachi Kings’ players were celebrating at the National Stadium in Karachi. The owner and affiliated individuals had a big smile on their faces. Everyone was chanting slogans with a trophy in their hands. Karachi Kings became PSL champions in their home city. When they had to chase a small target of 135 runs, Imad Wasim was at ease because he had a batsman like Babar Azam in his side who did not disappoint with an unbeaten 63-run knock that helped his side to a five-wicket victory. Because they had a small target, their batting weaknesses remained unexposed. But the same cannot be repeated every time.

This time around luck did not favor them from the start and the defending champions were eliminated before they could even compete in the final. They barely managed to make it to the playoffs, which was only because of Lahore Qalandars’ unexpected downfall. Cricket is not a sport where only one player can keep winning you games. The entire team needs to perform consistently. Bowlers can do their job perfectly but still not take wickets if they aren't backed by the fielders. They cannot just demolish the stumps or sneak out an LBW each time. In a similar vein, a batsman needs support from the other end to make a difference in a match.

Karachi Kings relied on Babar Azam alone to get the job done. The most striking aspect of this strategy is that the national team’s captain plays as a regular player for the franchise. They might have won last year under Imad Wasim’s captaincy but his overall performance has left a lot to be desired. This has proved true many times. Babar himself exceeded expectations by making 554 runs during the event. He managed to score a fifty-plus score in seven out of 11 outings. People talk about strike-rate without realising that Babar sometimes has to hold himself back because of the jittery batting lineup around him. If he loses his wicket early, then it is curtains for the side.

Sharjeel Khan had received a second chance after his fixing case. His ‘supporters’ worked tirelessly to get him into the national side as well. Nobody knows if he will perform or not in a given match. He usually departs after hitting one or two sixes. Social media however gets into a frenzy praising his potential.

Mohammad Nabi performed exceptionally in the Karachi leg of the PSL but was not available for the UAE leg which cost the team significantly. The most disappointing however was the performance of Martin Guptill. The veteran batsman has scored more than 12 thousand runs throughout his illustrious career but could only manage 69 runs at an average of 11 in six innings. If we remove his innings of 43 runs, he made 26 runs in five innings at an average of 5.20 runs. We don’t know if moving him at one down was the reason or the hot weather in Abu Dhabi was to blame for his mediocre performances.

Imad Wasim scored 68 runs in 11 matches at an average of 13 runs. Danish Aziz got limited opportunities but made them count after scoring an impressive 13-ball 45-run knock against Quetta Gladiators to propel his side to victory.

If we look at the bowling department, Karachi Kings had a lot of expectations from Mohammad Amir. The great Wasim Akram was also present with the side in an official capacity. It seemed as if the Karachi Kings’ bowlers would wreak havoc on all other sides. The reality however was very different. Amir took a total of five wickets in 11 matches at an average of almost 70. Even if Imran Khan, instead of Wasim Khan, meets him for tea, he cannot be brought directly into the side. Amir behaves as if he is a bowler on par with the great legends Wasim Akram or Waqar Younis but his performances depict a completely different story.

When your main strike bowler doesn’t deliver, it can put a lot of pressure on the entire team. Imad Wasim took seven wickets at an average of 34 runs. Some bowlers performed well on some days but there were no eye-popping performances from any bowler in the side.

The fielding of the Karachi Kings side was also there for everyone to see. If you drop two catches in the last over of a nail-biting chase, then you can say goodbye to any hopes of coming out victorious. The players of the side started to think of themselves as kings. You cannot win tournaments by bringing in big name celebrities to watch matches, performances win matches. The Kings needs to understand this. They need to make a strong side. They have extraordinary characters such as Wasim Akram, Herschelle Gibbs, Sharjeel Khan and Mohammad Amir all on the same side. Hopefully they can learn from their mistakes and come back with better performances in the future.