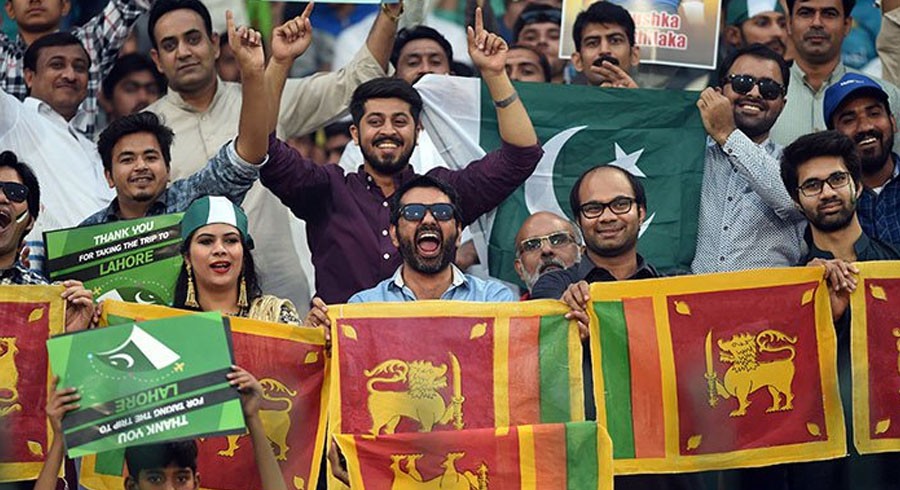 ‘A friend in need is a friend indeed.’ Pakistan has never shied away from helping Sri Lanka in their time of need. When international teams refused to tour the country due to terror threats, the Pakistan team made frequent tours to Colombo.

Pakistan did a lot of favours for Bangladesh and Afghanistan as well, but unlike them Sri Lanka has reciprocated. Even though a rival state such as India tried their level best to stop the series from happening, Sri Lanka did not fall prey to their schemes and their team has now landed in Karachi.

No one can forget the heinous terrorist attack on the Sri Lankan team 10 years ago in Lahore that brought a halt to international cricket in Pakistan. A strong message is being delivered to the world, when the same team arrives to play cricket in the country.

The events that have taken place in Pakistan recently have witnessed impeccable security arrangements. We hope the same are provided to the Sri Lankan team and the players depart from the country with a plethora of fond memories.

It is important to note that the absence of 10 senior Sri Lankan players, who refused to tour the country because of safety concerns, has put a damper on the series. I asked a former cricketer if he had met the arriving Sri Lanka team and he said “I only knew two or three of these players, how could I meet them?”

It seems as though the lack of big names is stopping crowds from coming to the stadiums as evidenced by the lack of ticket sales. This is not a good development. We are always lamenting the lack of cricket in the country which leaves our stadiums empty. Now when a home series is being played, we should buy tickets inorder to witness the action and motivate our players to perform.

Empty stadiums will show the world that the people in Pakistan are not interested in cricket anymore. The Pakistan Cricket Board (PCB) had promoted the ongoing Quaid-e-Azam (QeA) Trophy like the World Cup but failed to promote the series against Sri Lanka.