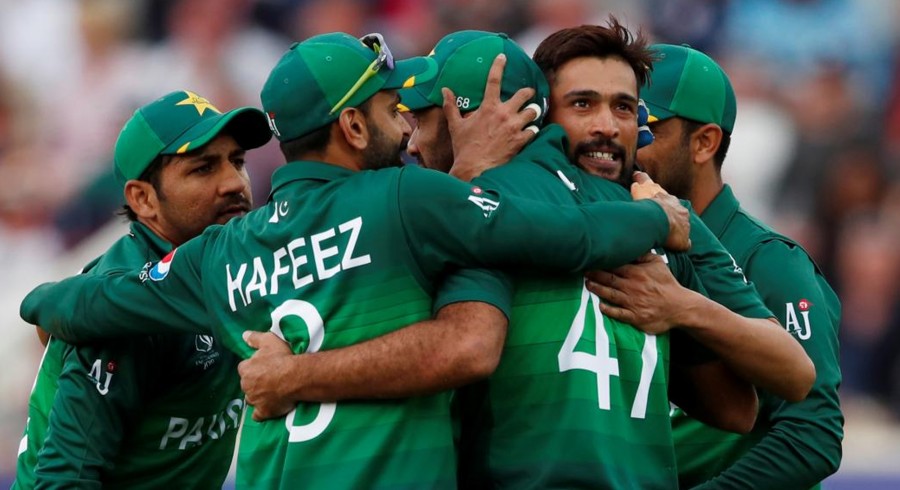 We Karachiites are not used to the kind of weather that we are currently experiencing in England. Rarely matches of any World Cup had experienced such downpours like they have this time.  Not the teams but the weather has been winning, uptil now.

As far as the Pakistan team is concerned, there confidence had been high after defeating England but the team has lost a valuable point after the rain washed off their match against Sri Lanka.

Weather is likely to impact Australia and Pakistan’s match as well, which is scheduled to take place in Taunton. It takes two hours to reach Taunton while travelling by train but one gets to see scenic beauty during the travel.

The captain of the Pakistani cricket team, Sarfaraz Ahmed had to address a press conference. He along with four others went to the County Ground but remain confined to the indoor session.

After talking to the media, Sarfaraz Ahmed stopped for a little chit chat, where I reminded him of the hot Karachi weather to which admitted that it’s extremely cold here.

Rain is predicted in Taunton even on the day of match. Still, the ardent supporters have planned to attend it. Even in Bristol I witnessed how the Britain-based Pakistanis come from distant areas to boost the morale of the players and the same is expected to happen here.

Someone has rightly said right that being distant from a country is the actual realization of love for the country. The Pakistani team is staying at a hotel located at short distance from Taunton but players also go out for dinner with friends, at times to avoid being homesick.

Though several matches of the event yet remain to be played, hence, the semi-finalist teams cannot be predicted yet. We hope that the Pakistani team demonstrates good performance in the upcoming games as well.