Pakistan should have atleast won against Zimbabwe kids

The Men in Green continues to be unpredictable 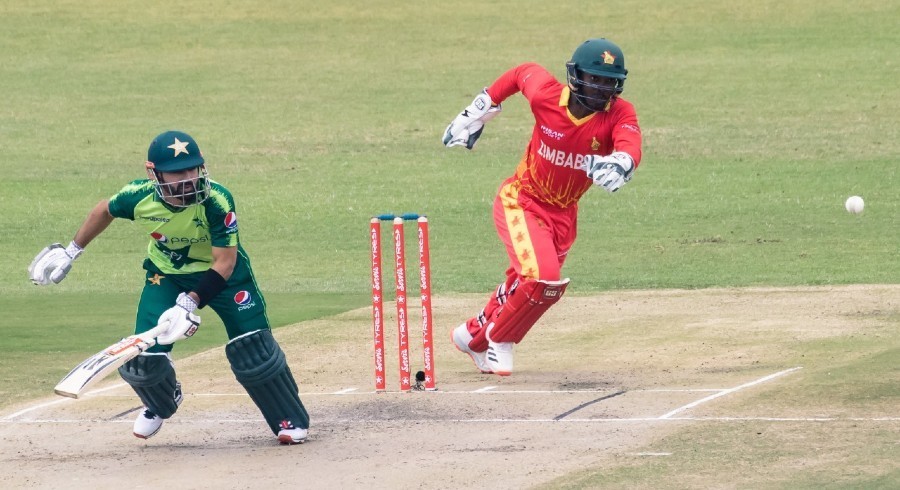 Even if you are a cricket fan, you will struggle to name more than five players from the Zimbabwe playing XI. The number 12-ranked Zimbabwe would have never imagined that they would be able to beat a side like Pakistan, who were recently number one in ICC T20I rankings.

Pakistan losing to Zimbabwe can’t be termed a fluke. If Zimbabwe had hold onto their catches in the first T20I, they would have beaten the Men in Green. The first match should have been a wake-up call for Pakistan and they should have outclassed the host in the second T20I but unfortunately that didn’t happen. Zimbabwe had recently beaten Pakistan in an ODI as well. Zimbabwe takes years to cause an upset against a strong team but they have beaten Pakistan twice in a period of few months.

Pakistan continues to be unpredictable. One day, the Men in Green chase 200 plus target against South Africa and then they are not able to reach triple figures against Zimbabwe.

What could be the reason for defeat against Zimbabwe? Was it because of the pitch or the opposition bowlers?

In my opinion, Pakistan team is heavily reliant on Babar Azam and Mohammad Rizwan. In the first match, when Babar got out early, Rizwan took Pakistan to a competitive total. Babar tried to anchor the ship when Rizwan was dismissed early in second T20I, but couldn’t finish the match. Babar hardly got support from any batsmen. Fakhar Zaman failed to read the slowness in the pitch and got out playing a horrible shot. Mohammad Hafeez also couldn’t leave an impact as his poor form continued. People in Pakistan Cricket Board (PCB) are already against him. If he is unable to turn around his performances, it could spell trouble for him going forward.

Pakistan’s middle-order is almost non-existent. Even though, Danish Aziz played few good knocks in domestic cricket, he has failed to bear the pressure of international cricket. He was only brought in the team as he is from Karachi. The selectors were afraid that if there is no player from Karachi in the squad, people from there will criticise the selection. If they want to play someone from Karachi, then Sarfaraz Ahmed won’t be a bad choice. He is definitely better than they current middle-order batsmen available to Pakistan in Zimbabwe. Thankfully, the selectors have benched the ‘talented’ Haider Ali after continuous failures. However, Asif Ali continues to get chances despite failing to deliver in crunch situations. Whereas, it would be an insult to call Faheem Ashraf an all-rounder, as he doesn’t deliver with the bat for several matches after playing one decent knock.

It is unfortunate that top officials of PCB are enjoying their vacations in England. If it was up to them, they would have shifted PCB headquarters from Gaddafi Stadium to London. Pakistan cricket continues to face various issues in current administration’s tenure. Now Pakistan has also lost to Zimbabwe, which is also increasing pressure on head coach Misbahul Haq.

Hopefully, Pakistan wins the third T20I and seal the series. However, if we continue with this squad, then we should not keep a lot of expectations regarding the T20 World Cup later this year. Chief Selector, Mohammad Wasim, needs to come out of the world of social media, and should select a balanced squad for future series.