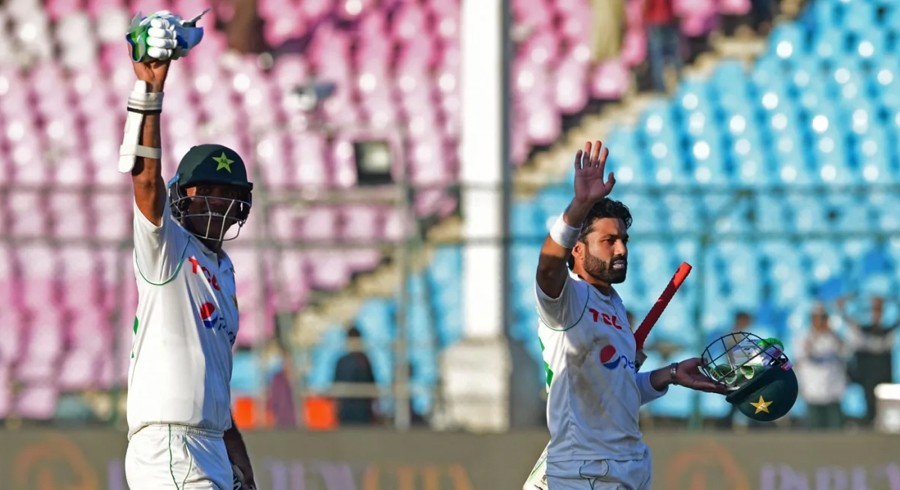 The second Test of the Benaud-Qadir Trophy between Pakistan and Australia was memorable for the cricketing fraternity. A display of solid character, fightback, resilience, temperament, and master class, all seen in a few days of Karachi Test from both the teams.

The much-anticipated series was the talk of the town as Australia is touring Pakistan after 24 years. The first Test ended in a dull draw at Rawalpindi and faced criticism worldwide.

Even ICC rated the pitch of Rawalpindi as “below average” and sanctioned one demerit point to the venue. The reason for producing such a wicket can be blamed on the defensive approach of Pakistan as they wanted to play safe and give no chance to the Australian pacers by giving them a fast and bouncy track.

The drama from the first Test drew much more attention on the second Test, and particular focus remained on the behavior of the wicket after the Pindi Test was labeled as the worst Test of the century.

Many eyebrows were raised when the Karachi Test began, and the visitors batted for more than two days, putting up 556/9 on the board as they declared their innings on Day 3. The expectations from Pakistan were to bat long, and the match seemed to move towards another draw.

Much to the surprise, Pat Cummins and his men made full use of the Karachi conditions and took extreme advantage of the sea breeze to find a reverse swing. The Men in green, who lost only four wickets in the previous Test, were bundled out for 148 runs in 53 overs.

Although the Karachi track was supportive for the spinners and the pacers found reverse swing, Pakistan bowling attack failed to impress with the ball. At the same time, Australian batters must be appreciated for adjusting to Pakistan conditions and scoring big runs by showing immense patience and character.

Usman Khawaja, who missed out his century by three runs in the first Test, scored a brilliant 160 in the Karachi Test. Contributions from Steve Smith (72) and Alex Carey (93) helped Australia to a massive first-innings lead.

What happened in the last two days of the Karachi Test was a very rare occurrence. Pakistan lost two quick wickets in a chase of 506 with 150 more overs to survive on a roughed-up track.

Abdullah Shafique and Babar Azam batted for the remaining day and broke several records during their partnership.

Although Shafique was lucky as Smith dropped him a couple of times early in his innings that dented Australia as the pair added 228 runs for the third wicket.

Babar Azam showed his master class, scoring his career-best and helping Pakistan to save the game.

The Australian team is well known for its aggressive mindset and winning mentality. The Aussies kept fighting by claiming wickets but Pakistan showed strong character by absorbing pressure and staying calm.

The game became more interesting in the last hour when Pakistan lost Babar Azam (196) and Faheem Ashraf on successive deliveries before the new ball was taken. The back-to-back strikes spiced up the match again as Australia required four wickets in the last 12 overs of the day.

Mohammad Rizwan showed remarkable resilience from one end as Sajid Khan edged one to Smith of Lyon. Australia were three wickets away from pulling off one of the most significant victories and put an end to the unbeaten streak of Pakistan against them at National Stadium Karachi.

But Rizwan and Nauman batted through the last eight overs securing the match for Pakistan.

Day Five of the second match of the series is amongst the best of Test cricket as all three results were possible till the last hour of play. Many greats of the game applauded the match and players as Twitter was overflooded with opinions regarding on the match.

The Karachi Test did not go unnoticed by a single person connected to the sport as it was exceptional in every way. Pakistan survived 172 overs which is the first time after 1939 that a team batted so long to save a Test.

The third and deciding Test will be played in Lahore starting from March 21. Pakistan will have the upper hand walking into the final Test, whereas the visitors will try to capitalize on their missed opportunities.