PSL team owners should be considered partners, not tenants 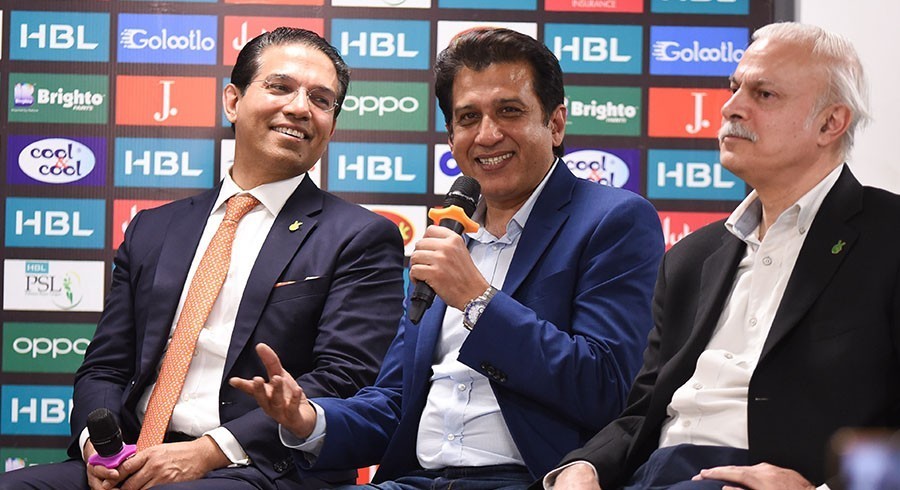 “Before we start the meeting, I want to know who writes the letters sent by franchises,” a concerned PCB Chairman, Ramiz Raja, said to the PSL franchises’ owners and officials. Nobody responded to Raja’s question because the person responsible for drafting the emails is one of the candidates for the role of PCB’s next CEO. Before the situation got out of hands, a franchise manager stated that the emails includes input of all parties.

The aforementioned incident was not the first time that a meeting between PSL franchises and PCB had begun on a sour note.

There was also a time when Raja questioned Karachi Kings’ decision to continue with Imad Wasim as captain in the presence of Babar Azam. Although, yesterday, the Kings named Babar as captain of the franchise which also put an end to the rift, which revolved around television coverage of a scandal around Babar’s personal life, between the player and the franchise.

Raja also took a dig at Quetta Gladiators’ for preferring their local club players. However, the Gladiators were quick to remind Raja about his YouTube videos, where he praised Quetta’s team selection, when Sarfaraz Ahmed’s name came into the mix.

Ramiz Raja also termed the team owners as “tenants”, while talking about the franchises’ stake in the league, which led to a heated debate with one of the owners.

Raja is also concerned about the poor state of PCB, which includes handling of PSL affairs. He wants to attract high-profile players to the league and wants the franchises to increase their players’ budget. Although franchises expressed their reservations on this initially but later agreed to pay higher salaries if a top player agrees to play PSL. However, they are not in favour of the fact that Pakistan players, who receive lower pay in other leagues, are offered more money in PSL. On the other hand, the PCB believes that Pakistan’s star players should be given held in high regard and hence the higher salaries.

Attracting top players will be a challenge for the PCB this as year as the PSL will clash with the UAE T20 League, which is offering higher salaries with the added advantage of playing in Dubai which is a place preferred by players globally.

I understand that Raja is taking these steps for the betterment of the league but he should considers the franchises as partners, not tenants, because they invest millions in the PSL every year. They are not someone who rely on PCB’s salaries to keep their house in order. Both parties should look to find common ground and resolve their differences so that there are no negative effects on the league in the future.