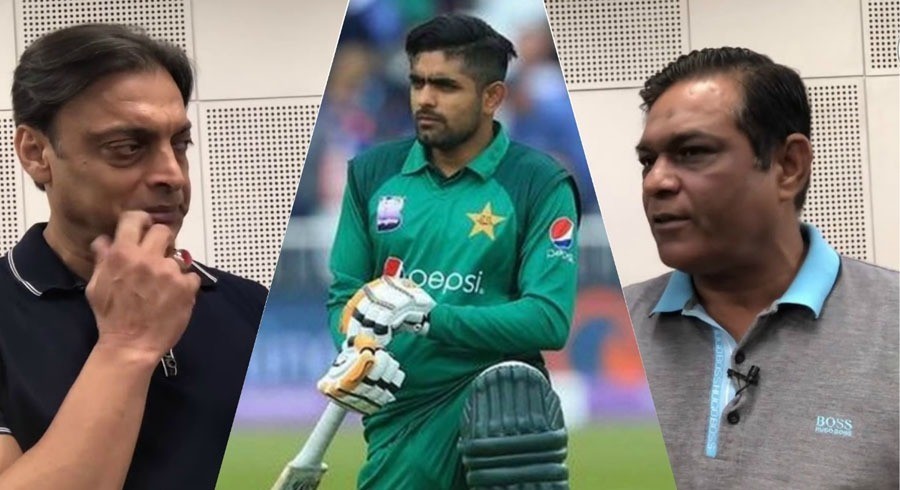 Babar Azam has already done enough to prove that he is one of the finest batsmen Pakistan has ever produced, despite a brief career.

Although, ever since he has been given the charge of the limited-overs sides, he has been facing a lot of criticism especially from Pakistan’s former cricketer — with Shoaib Akhtar and Rashid Latif at the forefront.

I have been going through what they have said about Azam over the past few months and it only indicates one thing, as far as I’m concerned, that they really don’t want him to succeed as Pakistan’s limited-overs captain.

When Azam said he wants to follow in the footsteps of legendary Pakistan captain Imran Khan, Akhtar still managed to give his statement a negative turn.

“Babar Azam wants to be a captain like Imran Khan but this does not mean that it will only be related to playing cricket. He needs to take a leaf out of PM Imran’s book with regards to personality as well,” said Akhtar.

And the following statement left me scratching my head. I mean, atleast give him some time. What’s the hurry?

“Please don’t speak about things which we already know from the past 10 years. We won’t buy this argument,” said Akhtar after Azam’s appointment as ODI captain. “Babar has to sharpen up his communication skills, his personality, ability to lead from the front, fitness level etc. I think he has a lot to prove.”

Meanwhile, Latif also echoed similar emotions but, for your kind information, nobody asked him about his vision during that press conference. Can’t expect him to talk about it when people don’t ask him the right questions.

“When captain is sitting in a press conference, he gives insight about his vision but this was clearly lacking,” said Latif. “Our captain is giving headlines about language barrier and things we already know, like comparison with Virat Kohli.”

And the following statements are quite frankly bizarre. Good luck calling your best batsman ‘selfish and damaging for the team’.

“PCB didn’t do any homework or research before appointing Babar as captain,” said Latif. “They are using Babar to remove Sarfaraz from captaincy which can be damaging for Babar’s career. Even if he does well individually, Pakistan team is likely to suffer.”

“We have to see if Babar could build trust with his players as Imad Wasim and Mohammad Amir might have had aspirations to lead the T20I side as well,” said Latif. “We have seen in the past that such things have caused huge problems in the team so it can be damaging to our cricket.”

I hope these former cricketers realise that Azam needs our backing, as he is a young captain, rather than doing whatever they can to bring him down.