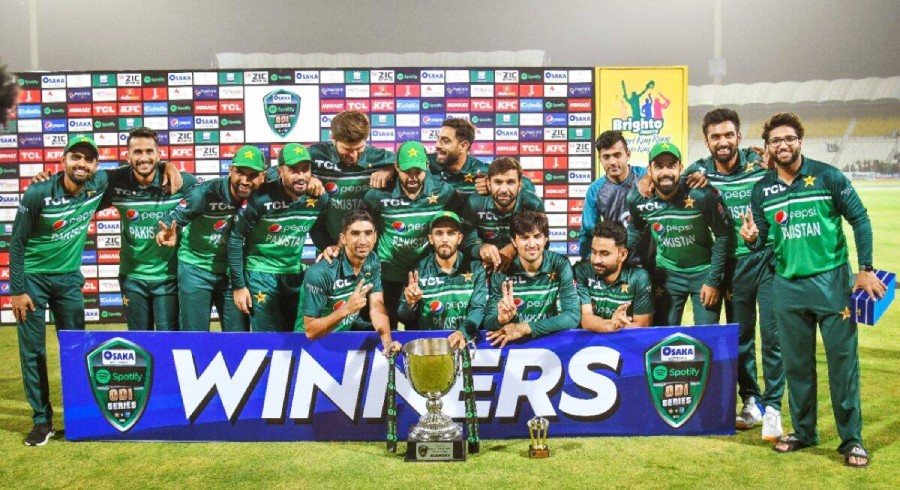 The last T20 of Pakistan Vs Australia at Lahore, on 5th April, 2022, was significantly depressing, as it meant no cricket for the next two months. Somehow, all of the Pak-Cricket fans survived that 'seemingly' eternity and finally came the West Indies tour of Multan in June, bringing joy and liveliness into the lives of cricket fans. Just when we thought that Pakistan cricket couldn’t get any better, each of the three matches of the ODI series only proved to be a step further. The status of the fans being active and emotionally invested was on a whole new level – from social media to the spectators in Multan Cricket Stadium. A part of it may be attributed to the change this series brought – a much-needed breath of fresh air into the aura of negativity and cheerlessness.

With that, this series contributed to some exceptional records and joyous, light-hearted moments alike. It’s hard for Pak-Cricket fans to get over this series anytime soon, especially because they have to yet wait for more than a month to see Team Green on the ground again. For that reason, it’s high time to relive all of the key takeaways from the formidable ODI series of Pakistan vs. West Indies, held in the City of Saints – Multan.

Starting off with the first ODI of 8th June, the highlight of that undoubtedly has to be Babar’s 3rd consecutive ODI century (on two different occasions). Not to mention that this has happened twice now, previously in 2016 against West Indies where he scored 120, 123 and 117 in back-to-back innings. This time, it was 114 and 105* against Australia in April, and then 103 against West Indies in June. The best part is that Pakistan’s ever applauded Babar Azam’s soothing 103 in the first ODI outstandingly also contributed in chasing the target of 305. On a lighter note, what’s even better than witnessing the world’s no.1 ODI Batsman’s century? The skipper’s cover drives are therapeutic.

Moreover, the vice-captain, Shadab Khan, may have been taking 'flying' lessons for the kind of catches he is committed to in the field. The one-handed flying catch by the Superman Shadab surely provided Pakistan a breakthrough, but that’s not even important to the fans. Cricket enthusiasts were just in awe of 'that' catch itself. They are not wrong, though. Flying catches like those are not everyone’s cup of tea unless you’re Shadab Khan and you know how to fly.

Whereas, Khushdil just casually lived up to his name and made everybody’s hearts happy by his 41 off 23, comprising of humongous sixes that spearheaded Pakistan to victory. An admirable moment was of Captain Babar Azam awarding his Man of the Match to Khushdil Shah instead.

The most interesting event of the second ODI, held on 10th June, was indeed the spectator running towards the pitch only to salute his idol – Shadab Khan. He was in response greeted with a hug by the vice-captain, which may have just resulted in the spectator’s best day of his life ever. Nevertheless, whatever the spectator did cannot be endorsed, nor encouraged but how Shadab reacted is definitely worthy of utmost respect and admiration.

Babar Azam - Leading from the Front

Pakistan’s skipper, Babar Azam, marks his presence in the highlights of the second ODI as well with his 77 – which left his fans with heartbreak as they were really looking forward to his 4th consecutive ODI century, but West Indies’ spinner, Akeal Hosein, didn’t let him make yet another record. Nonetheless, the standard that Babar Azam has set for himself is insane! The cricketing world does not expect anything less than a century from him anymore. He misses a 100 and it’s suddenly an aura of sadness all around; no.1 ODI batsman for a reason indeed.

Mohammad Nawaz was on absolute fire as he registered his career-best bowling figures of 4-19. He literally handed the match back to Pakistan by taking the wickets of Brooks, King, Powell and Pooran at an economy of 1.90; a well-deserved Man of the Match.

One way or the other, Shadab Khan made sure to have his name written in history. Therefore, in the third ODI as well, the bowling all-rounder had his name in bold as he showed his fighting resilience of 86 0ff 78. Coming at 117/5, full credit to him for rescuing Pakistan to a decent total of 269. The fans had not even gotten over his responsible classy knock yet, that he outperformed in bowling as well through his 4 wickets, consisting of some crucial wickets like that of Akeal Hosein who was on the verge of snatching away the match from Pakistan. In short, Shadab was the eminent savior of the 3rd ODI by showing commendable responsibility and maturity.

There were two mutual heartbreak for two different people in two completely different contexts – Babar’s early wicket at 1 and Shadab’s wicket at 86. Babar’s wicket meant that his streak of 9 consecutive fifties, across all formats, had been broken and also that the fans were to miss out on the king of cover drives. Whereas, Shadab’s wicket at 86 seized his opportunity of a well-deserved 1st ODI century.

It might have been surprising to not see Imam-ul-Haq's name in any of the ODI’s summary above. That’s because Imam-ul-Haq was the laudable Player of the Series and deserves a whole article on his achievements and his journey. He currently has the streak of 7 consecutive ODI fifty+ scores, three of which were performed at the aforementioned Pak Vs. West Indies’ series – 65, 72, 62 in order respectively. Imam’s brilliance of consistent performances often goes unnoticed by not receiving the due recognition and approval, even though he’s ranked 3rd in ICC ODI rankings and has the potential of surpassing Virat Kohli to the no.2 spot. That’s a super proud moment for Pakistan!

Last, with the whitewash of this all-important series, Pakistan climbed to number 4 in the ICC ODI rankings and made its journey into the world cup easier. A special mention to Multan’s crowd for stepping out with a full house in this extreme heat to support their team; exemplifying Pakistanis’ passion and devotion to cricket.