Shaheens Flying High Down Under 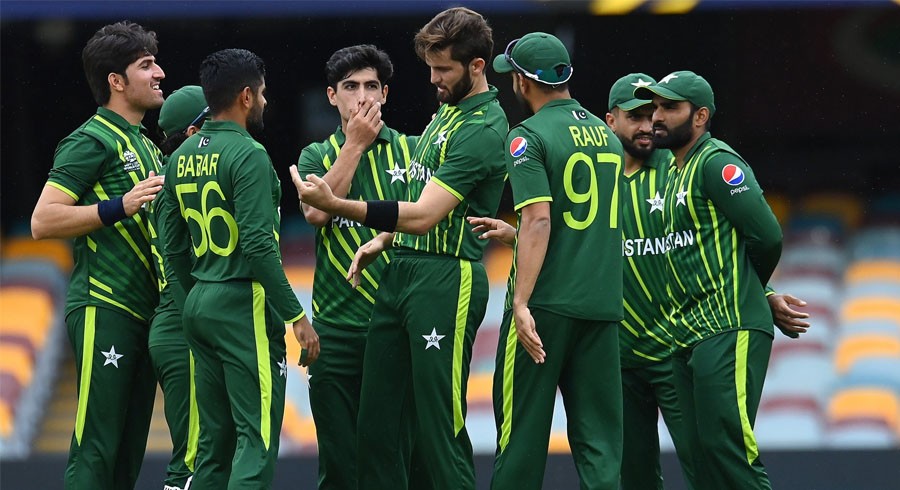 The T20 World Cup is here. And for the first time since 2009 the men in green have all the ingredients for a winning flavor. Pakistan circa 2022 are a new breed. The key performers are on the right side of 30 and likely to thrive down under. Pakistan’s shroud of unpredictability does permeate pessimism with the fans. But it should not lead to a deviation from tried and tested methods, which have propelled them above Australia and New Zealand in the ICC rankings. With consistent performances over the past year - coupled with strong performances in a home series with England and Tri-Series in New Zealand - momentum is on their side. This star studded team warrants a deeper look. After all three players were nominated for the best T20i performers award.

At the group stage Pakistan will square off against a lethal pace attack, ably supported by spinners and fielders from India, South Africa, Bangladesh, and the Bangladesh and Netherlands from the qualifiers. While the Shaheen bowlers will have to contend with a batting line up that prefers to butcher their opposition.

In contrast to the aggressive style of the other group teams, the faster paced  Australian pitches along with the bigger grounds are a blessing for Pakistan. As they will find it easier in timing the ball to play their shots and maneuver it around.

Garnering winning scores or chasing them down will depend on the openers laying a foundation for the middle order. Openers, Babar and Rizwan hold the most T20i accolades for their partnerships and individual records. They are well qualified for the task in any team. Their accomplishments include accumulating the highest aggregate partnership runs for any wicket in T20i history. They also hold the highest partnership average for batting pairs that have scored 1000 runs or more. Further they have also scored the most 100 plus runs partnerships by a batting pair in T20i. When it comes to individual accolades, Rizwan has the highest individual batting average for T20i and is on top of the ICC T20i batting rankings - dethroning Babar. They trail only Virat Kohli for the most T20i man of the series accolades. This authenticates their approach and where conditions permit they will take a more flamboyant approach to placate their audience.

Pakistan will look to set the tone in the first 6 overs. A decent start of 45 to 55 runs in that phase will enable the team to build through overs 7 to 15. It is this juncture that makes or breaks any innings. They will attempt to maintain their momentum without losing wickets. Leading into the last five overs they will strive to build on this tempo.

In order to derive maximum benefit from the final five overs team Pakistan will try to utilize the best available options for positions 3 to 6. The batsmen roles should be clearly defined and positions set for the duration of the tournament - not shuffled on an innings to innings basis. Since they determine whether Pakistan scores around 200 or is restricted around the 140 region.

After the opening pair, Asif Ali, Shadab Khan, Iftikhar Ahmed and Fakhar Zaman will be best utilized in that order for Pakistan. They are capable of maintaining the run rate and when required can take it into overdrive. Depending on Asif Ali’s form a chance can be taken with Nawaz at one down. It is unlikely that this set will play audacious ramp shots for six over the keeper. They can, however, post or chase down competitive totals.

The vanguard of Pakistan’s pace attack are Haris Rauf and Shaheen Afridi. The Pakistan fanbase is hopeful of an Afridi return in full form and rhythm to spearhead the attack. Shaheen Afridi was part of the ICC T20i team of the year. While Haris Rauf with his destructive strike rate and deceptive pace is moving up the ICC T20i bowlers rankings. They will be supported by Shahdab Khan alongside Mohd. Nawaz in the spin department and young pacers Nasem Shah, M. Wasim Jr and M. Husnain. Many view this attack as not only there to compete, but also overpower the best batting line-ups.

However, even the best teams and players need clear plans and strategies! The current captain is yet to grow into the role thrust upon him at this early stage of his career. Lately Babar has appeared frazzled and unable to best execute the team strategy. His field placements have failed to support his bowlers while on occasions he appeared unaware of how many overs the strike bowlers had left.

These errors are due to a lack of communication and general game awareness. Pakistan will look to rectify this through swift communication between the captain, coaching staff and analysts present. Thus enabling the team to achieve its desired objectives and results. This will also help the young bowlers understand what they have to do. Since they are not as strategically sound as Afridi or Rauf.

Fielding is the most exciting element of the game. It energizes the crowd and motivates the bowlers - a good fielder can convert even a half chance into a wicket or restrict runs. The men in green will look to set the bar around their rocket fielder Shahdab Khan. Thus, adding potency to their game and becoming a more consistent fielding unit, that is palatable to the audience.

Since there are no quick fixes in fielding, this is the best if not the only option available for the Shaheen’s. Temporarily acquiring the services of the best possible fielding coach could further the team's campaign.

To conclude the Pakistan fans are excited to see the Shaheen’s battle for the Cup. Despite some negativity after the last home series, it’s time to back the men in green and support them in bringing back the cup.

*Author profile: Former professional cricketer and cricket coach (certified by PCB,ECB,ICC) with over three decades of association with the game.