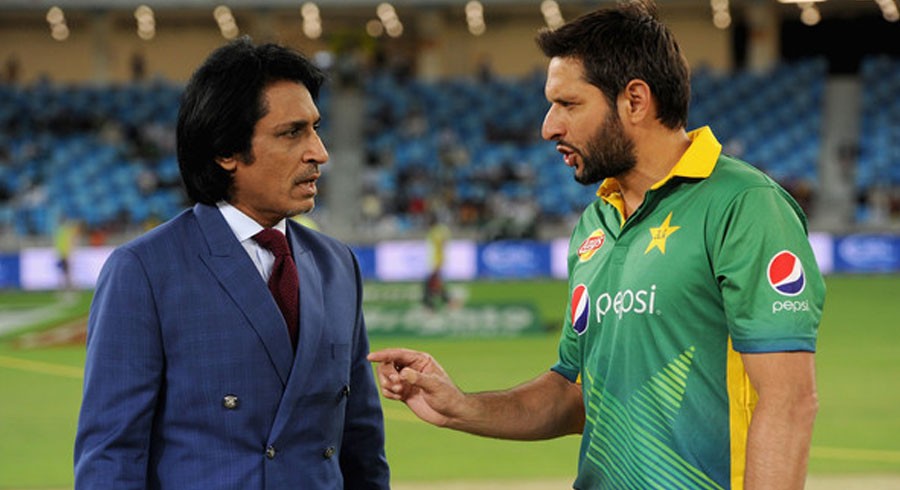 Former all-rounder Shahid Afridi has opened up about ex-captain Ramiz Raja’s appointment as the Pakistan Cricket Board (PCB)’s chairman.

While speaking to media in Karachi, Afridi urged Raja to persist with the current system rather than bringing in wholesale changes.

“He [Ramiz Raja] will be the first PCB chairman whom I have congratulated via a text. I really want him to take Pakistan cricket forward. I just suggested him not to change the current PCB system. Because, I believe every system needs some time to deliver results, changing it immediately will cause problems,” said Afridi.

“PCB Chairman should be a capable person as Ramiz Raja is but the main decision for him will be to take on people who have sincere intentions for this country and PCB, and are good quality professionals. Only such people can run an institution like PCB where capable people are appointed based on merit. With such people in place, the PCB will rise to greater heights,” he added.

He also advised Raja to avoid taking decisions based on personal likes and dislikes.

“When you get to such a position [as Chairman] you make decisions for the good of the organization and not based on personal likes or dislikes, some of these decisions will be appreciated and others not so,” he said.

“We tried a lot of things when it comes to team selection, where we tried out and gave chances to young players from whom we had a lot of expectations but they couldn't perform. This is the last time Shoaib Malik will play in a ICC World Cup, so let’s give him chance," he said.

“Both Hafeez and Malik have served this nation well in the past and it’s not as if we don’t have a need for them as I feel Pakistan needs them. So let’s see what decision is taken about them for the upcoming T20 World Cup,” he concluded.

Election Commissioner of the Pakistan Cricket Board, Mr Justice (retd) Sheikh Azmat Saeed has called a special meeting of the Board of Governors on Monday, 13 September, at 1100 in Lahore to elect the 36th PCB Chairman.

Earlier on Friday, PCB Patron, Prime Minister Imran Khan, had nominated Asad Ali Khan and Ramiz Raja on the BoG for a three-year term while exercising his powers under clause 12(1) of the PCB Constitution.