Standing aside with a mouth open wide 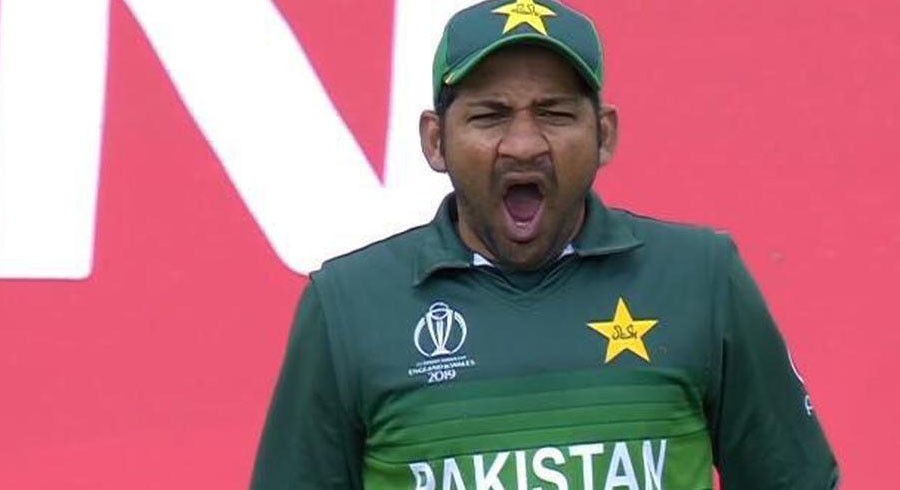 "Your body language shapes who you are, as your actions directly come from your innermost thoughts,” said American essayist Ralph Waldo Emerson.

In the world of cricket, no player wears emotions on his sleeves like Pakistan’s skipper Sarfaraz Ahmed. When Pakistan were crowned the champions of Champions Trophy in 2017 and became the top-ranked T20I side, Sarfaraz’s expressions exhibited the waves of jubilation and satisfaction.

However, when things are not going his way, his figure is that of a clueless individual who is all at sea and doesn’t have any plans to turn the tables around which is in complete contrast to other cool-headed captains like New Zealand’s Kane Williamson or India’s Virat Kohli. This was evident when Pakistan was at the receiving end of series losses from England, South Africa and New Zealand.

It was Sarfaraz’s expressions again which were sufficient to epitomize Pakistan’s performance on the field against arch-rivals India, during the 2019 World Cup. In a game where India annihilated listless Pakistan without even breaking a sweat, Sarfaraz Ahmed was spotted yawning which did not go down well with the fans. Social media was inundated with hilarious memes and fans from both sides of the border poked fun at Pakistan’s skipper.

As Nasser Hussain pointed out, it looked like that the boys of Pakistan were competing against the men of India. Although the difference in quality of cricket on display was glaring, Sarfaraz’s yawn was nothing but a reflection that Pakistan were not interested to even put up a fight, let alone put an end to India’s winning streak over Pakistan in World Cups.

The importance of body language, especially on a big stage cannot be discounted. According to body language expert Joe Navarro, non-verbal signs like yawning, shrugging shoulders or stiffening the upper lip reflect lack of confidence that dents an individual’s spirit and allows the opposition to take over.

Sarfaraz must take a leaf out of England captain Eoin Morgan’s book who has sparked a splendid revolution in English cricket after their early exit from 2015 World Cup.

Moreover, it is the job of a leader to set a path for his squad to follow. So, Sarfaraz must get his act together by enhancing his fitness and adapting to the requirements of the game so it could inspire other players and youngsters to follow his footsteps. Although it is impossible to bring about this change overnight, PCB must hold camps to educate players about the psychology of problem solving, match awareness and methods to enact the game plan on the field.