Pakistan captain deserves credit for raising his voice for Tabish 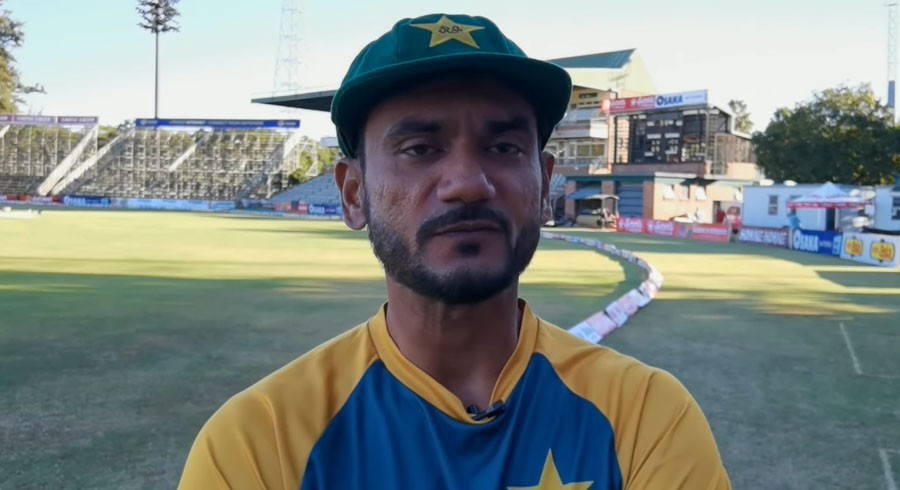 Tabish Khan made his debut at the age of 36 in the second Test against Zimbabwe after performing in the domestic circuit for last 19 years. However, it led to an uproar on social media as some termed him an ‘honorary Test cricketer’ and some tried to discredit his first Test wicket by saying it was a wrong lbw call by the umpire. This compelled me to think why Tabish Khan was being treated like an Indian or if he was a relative of some top PCB official.

Tabish has been a consistent performer in domestic cricket for almost past two decades. However, he was never given a chance in his prime. This is our cricket system’s failure that a proven performer like Tabish was ignored for so long despite picking up 598 first-class wickets. The Pakistan chief selector, Mohammad Wasim, was also forced to select Tabish after he was shown his previous video, in which he was seen praising the right-arm pacer. There is no doubt about the fact that Tabish is past his prime, but once the chief selector picked him in the Test squad, he deserved getting a Test cap.

I want to give credit to Pakistan captain Babar Azam, who raised his voice for Tabish and fought for his inclusion in the second Test. If he had not played against Zimbabwe, then he would have never gotten the tag of a Test cricketer. Pakistan head coach Misbahul Haq played cricket till he was 42, Mohammad Hafeez is still playing at the age of 40, so it shouldn’t bother anyone that Tabish made his debut at the age of 36.

After finishing the first Test inside three days, Pakistan should have given chances to more youngsters in the second Test. Lower-ranked teams can sometimes surprise you in shorter formats, but the gulf between the teams is often pretty evident in Test cricket. If we had tried our bench strength in the second Test, the match might have gone to five days, but we would have still won. However, the team management is clearly afraid of losing to a weaker side. If we are not going to give opportunities to our bench strength against Zimbabwe, then how can we expect the team management to give them chances against top teams?

We play Zimbabwe more often than others, which might be beneficial for some cricketers to rack up some records but it doesn’t help the team in long term. PCB should arrange more series against higher-ranked sides or rest their top players against teams like Zimbabwe and Ireland. Pakistan need to make some tough decisions in order to build a large pool of players for the future.

The openers, Abid Ali and Imran Butt, did well for Pakistan against Zimbabwe after struggling against South Africa in home series. Abid Ali gave a perfect reply to his critics with a double century. Babar Azam and Mohammad Rizwan were unable to play a big inning, but they are important part of the team and hopefully will perform against stronger opponents. Fawad Alam and Azhar Ali also scored a century each in the series. Whereas, Hasan Ali proved the importance of performing in domestic cricket as he continues to impress with his performances since his comeback in the national team. Nauman also proved his all-round credentials by scoring 97 and taking his second Test fifer.

Pakistan’s overall performance in the Test series was excellent but there is still room for improvement in in Twenty20 cricket, considering we have a T20 World Cup coming up in five months.

PCB Chairman Ehsan Mani often goes missing when team loses but releases a long message after Pakistan wins a series. PCB Chief Executive Wasim Khan is making full use of ‘work from home’ policy by spending time with his family in London. The top officials of PCB need to work out a plan for future instead of celebrating wins against weaker teams, so that Pakistan can do well in upcoming mega event.