The ghost of Christchurch

Now Pakistan is on New Zealand’s shores once more 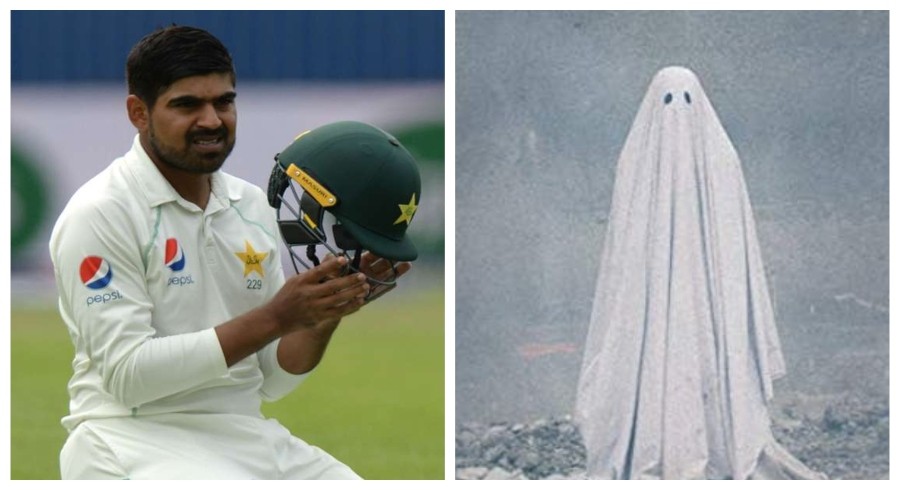 It was midnight when the bed began to move violently. He woke up startled but the shaking did not stop. The cold weather had little effect, as sweat trickled down his head. He ran from his room and started banging on the door next to his own. When the colleague saw his state, he sat him down and gave the startled athlete water to drink. The left-handed batsman was muttering incoherently about a ghost in his room. The senior players of the side were called. The team doctor analysed the startled man and concluded that he was healthy and fit, mentally or otherwise. The scene however enveloped the mind of the rising cricketer and he could not attend the practice session being held the following day or a practice match that followed soon afterwards.

Haris Sohail was the player who faced this extraordinary event at the Rydges Latimer Hotel in Christchurch when the team toured the country before the World Cup in 2015. Even though hotel management denied the presence of any paranormal entities in the vicinity, the ghost of Christchurch etched itself in the mind of the left-handed batsman.

He did not sleep alone from then onwards. Even if families weren’t allowed on a particular tour, his wife would accompany him all the same. However, this time around the situation was different as the cricketer spent 14 days in isolation alone in Christchurch. His current stay proves that he has laid the past to rest.

A journalist however remains ever curious and I talked to a senior member of that squad that toured New Zealand in 2015. The official verified the incident while claiming that he too had faced similar problems during his stay on the same tour. He claimed that his bed would shake without reason, the lights turned on and off and the shower kept opening and closing at random instances. The official however revealed that he did not say anything because he would have been ridiculed and the players would have come under unnecessary stress.

Now Pakistan is on New Zealand’s shores once more. This time the squad has faced a greater enemy than a ghost which is the spread of the coronavirus which meant that the players had to isolate alone for a long period of time. This time spirits might not have shaken beds but neither were they made during the long stay by human hands and foods were delivered in boxes.

The players, now free of their captivity, are enjoying the scenic beauty of New Zealand. The PCB constantly uploads pictures of the team’s travels and the boys have begun their practice as well.

An injury to Babar Azam though has been an immense shock. Pakistan’s second-in-command Shadab Khan is facing fitness issues of his own. The players have not gotten the practice time as was previously planned because of the positive cases that were detected amongst the players.

New Zealand, on the other hand, is a side on top of their game as is visible during their ongoing series against West Indies. Pakistan however has a potent bowling attack. The trouble for the Men in Green originates from their batting unit which can be found wanting on swinging and bouncy wickets. The batsmen will need to step up if Pakistan aims to put on a good show.

I am glad that no ghosts were sighted on the tour but then I began to think that such stories are abundant as far as our own Gaddafi Stadium in Lahore is concerned. A power exists in its corridors that consume even the mildest mannered and honest individuals. It consumes them to such a degree that all they care about is preserving their jobs and the authority it grants. Whoever talks about betterment is an enemy for this force that takes over the bodies of these previously exceptional individuals.

The only silver lining in this morbid reality is that the force releases the poor souls as soon as they are removed from high office. But even as one soul is freed another is taken in its place. The only cure would be to take this spirit or force out of Gaddafi Stadium so that cricket in Pakistan can finally prosper.