The PSL frenzy: With 7 matches down, which team looks promising so far? 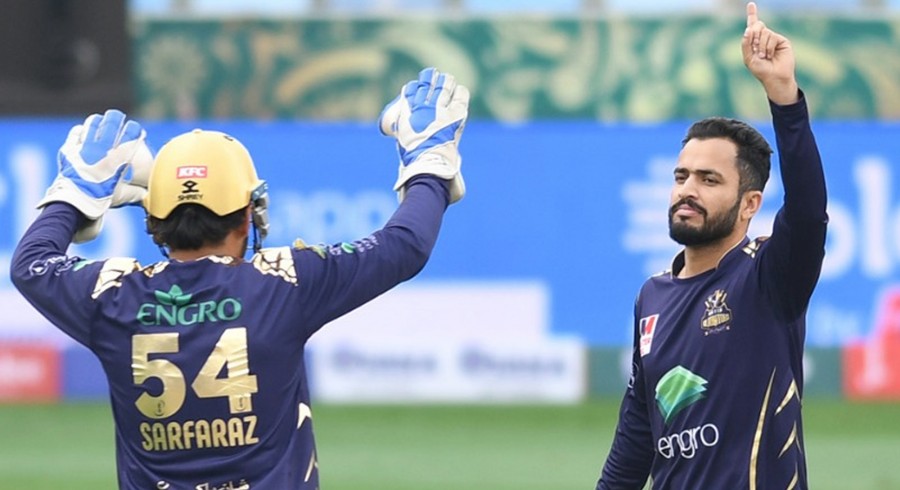 Pakistan Super League (PSL) has played a pivotal role in the restoration of international cricket in Pakistan, albeit partially. This year, eight matches will be played in Pakistan and hopefully after their success, Pakistan Cricket Board (PCB) will be able to convince more players around the world that Pakistan is a safe country to host cricket matches.

The fourth season of PSL commenced on Valentine’s Day. Till now, every team has shown their muscle on the field. The tournament is still in its early stages, with only seven matches played; however, we can still try and predict each team’s future in the tournament.

The Qalandars are so far the most unsuccessful team in PSL’s history. In season four, a lot was expected from the team given that they had scored AB de Villiers, aka Mr 360, in their line up and had also appointed an experienced cricketer like Mohammad Hafeez as their skipper. Alas, misfortune continues to follow the Qalandars. They have so far played three matches and have lost two of them.

Although the Qalandars managed to score a hefty run count against current PSL title holders Islamabad United, they failed to take advantage of their good start. The problem seen in the inaugural match only grew later and they ended up scoring a paltry 78 in their third match. This is the second lowest score in PSL’s history, 59 being the first, and sadly both these scores were made by Qalandars against the same team, Peshawar Zalmi.

One would think they would learn from their mistakes.

Haris Rauf was the star player for the Qalandars and showed his capability in the second match against Karachi Kings. He managed to shake the Kings’ lineup and leave the audience in awe of his talent. Hafeez only gave two overs to Rauf in the inaugural match and it seems that his lack of trust in youngsters led to Qalandars losing out against United.

Now that Hafeez is out due to a severe injury, the problems for Qalandars may only be starting. They have managed to find a replacement in Salman Butt but it seems that they have only considered him for his experience and haven’t paid heed to his mediocre average and strike rate in T20. In the National T20 Cup, Butt scored 263 runs in nine matches at an average of 29.22 and a strike rate of 106.47. In the last nine matches, Butt crossed the 40-run mark only thrice and failed to make any impact with his bat in the semifinal and final of the tournament. With an average recent performance, I wonder if Butt can be of any value to Qalandars.

The team needs to pull up their socks and get back in the game because right now their position in the tournament does not look good.

Sultans have a strong middle order and their skipper, along with the experienced all-rounder Shahid Afridi, is shouldering the burden. However, it is their top order that is creating problems since they are unable to score enough runs in the first 10 overs.

The Sultans need batsmen who can score briskly in the start and set a base so that the players coming in the late order can play freely and build on the already good enough run rate. Not surprisingly, Shoaib Malik has shown form in this tournament and through an ultra-quick half century, nearly won the match for his team against Kings.

Since Malik has been promising so far this season, I think it will benefit Sultans if he assumes the role of an opener in the coming matches. In their debut season, the Sultans after a successful start lost their way and failed to qualify for the play offs. This year again, they have showed the spark and they need to build on this because they have what it takes to win the trophy and break the duopoly of United and Zalmi over the PSL title.

Gladiators is the only team that has shown stability in the batting department; their top order has been the only one that hasn’t faced issues. Gladiators have shown their impressive ability with both, the bat and the ball. Sarfraz Ahmed is leading the team and given his experience in captaincy, he might just steer the Gladiators through the tough times.

In my view, Umar Akmal’s successful stint with Gladiators is a good sign for the team. Moreover, if Akmal maintains his form, he can regain his lost spot in the national team. Being the second most successful team in PSL, Gladiators have qualified for the final twice and if they continue to play like they are currently, I am expecting them to qualify for the final once again and perhaps even go home with a trophy this time.

Kings made a winning start in PSL4 but lost their way in the second match against arch rival, Qalandars. In the first two matches, the weaknesses of the team’s batting lineup were exposed. In the first match, after a record opening partnership of 157 runs, the Kings failed to hit out in the last five overs which nearly cost them the match.

In their second match, Kings were unable to chase a reasonably low score of 138 runs which raised many eyebrows. Given their victory in the last match, it seems that the Kings had been overconfident about the low target set by Qalandars and hence, suffered at the end. They are over reliant on their top order and their middle order lacks the fire power required to close the innings. At this rate, I believe Kings will struggle to even finish in the top half of the PSL4 points table.

United started with an unsatisfactory performance but this sort of start is in their nature. Historically, after a stuttering start, United blossomed at the right time and managed to lift the trophy. Although they have lost two of their matches, they have so far shown resilience in times of crisis and bounced back in the match. After being restricted to a low score against Sultans, United fought well with the ball, and if it hadn’t been for the experience of Malik and Afridi, they might have pulled an unexpected victory.

Similarly, after losing three wickets early on in their match against the Gladiators, they caught up well and gave a reasonable target to their opponents. Although the experienced Misbahul Haq is not with them this season, this team looks settled and is fully capable of defending their title and win it for the third time.

Zalmi is the only team in the tournament that has shown consistency this season. They are currently fan favourites to win the title and that isn’t surprising given their outstanding performance. Their captain Daren Sammy remains calm in every situation, which is a good quality in a captain, and tactfully wins matches for his team. Even though Zalmi has always been a strong team in the PSL, the presence of experienced players like Misbah and Younus Khan in the dugout can play a vital role in taking Zalmi all the way to the final of this tournament.

We have a long way to go with 26 matches remaining before the mighty final in Karachi. However, given the current performances, I am predicting that United, Zalmi and Gladiators will be the last three teams standing, two of which will play each other in the final. It will be interesting to see if any of the underdogs catch up but for now victory seems to be in favour of the strongest.