Who will be new head coach, chief selector of Pakistan? 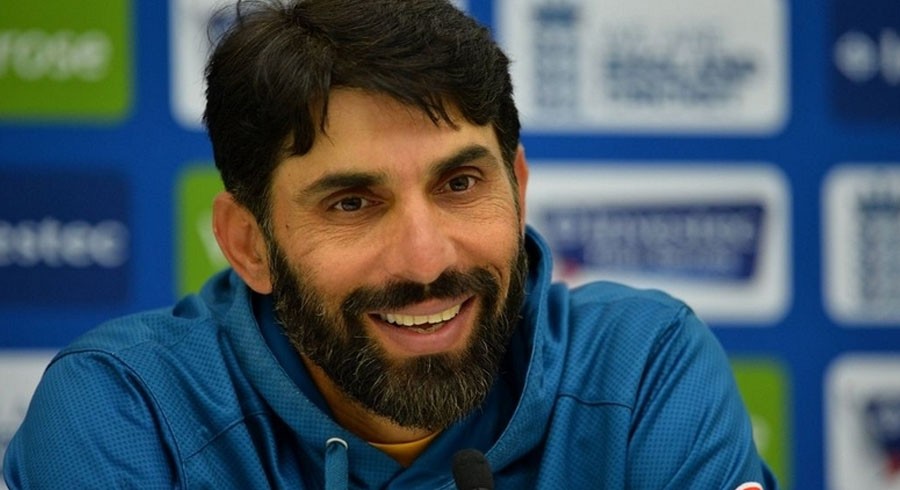 When a former cricketer made this request I was surprised and asked how he could become coach without prior experience. As far as I know he hasn’t even reached level three yet, how could he hope to handle the role of the head coach?

He said: “You have to try. It is on the PCB if they appoint you or not. Now look at how there are talks about making Misbahul Haq the coach and chief selector. He isn’t even on level two yet. I will give you an inside scoop. The PCB usually leaks this information itself to gauge reactions and then brings a favoured candidate to the forefront. This will happen again this time.”

I had to apologise to the former player as I cannot just make up a story. I will definitely write a story if his name gets added to the list of expected candidates.

Many names have now cropped up for the role of head coach. Many former players, who we can’t even imagine at the position of chief selector, have put forward their own names. Lobbying for the role has reached an all-time high in this regard. Misbahul Haq is being rumoured as the favourite for the position but his style is suitable for the Test format alone. We cannot assume Misbah has the potential of understanding the quick scoring approach based on the two or three aggressive innings that he played throughout his career.

Many questions will be raised about his qualifications as well. The best course of action currently would be to appoint Misbah as the coach of a regional team after which he could be brought under the national fold.

The T20 World Cup is scheduled for next year. Appointing Misbah as the coach before such an important fixture could prove disastrous for Pakistan cricket.

Another name that has come to the forefront is Mohsin Khan. He however is extremely vocal and suffers as a result. He recently said: “The chairman of the cricket board is being wrongly advised by gambling cricketers.” This has caused outrage not just from board officials but also from important personnel who will provide feedback for the appointment.

The interesting thing is that Mohsin Khan was asked to step down from his positions in the cricket committee because it could cause a conflict of interest if he were to be appointed the head coach or chief selector in the future.

The same cricket committee’s member, Urooj Mumtaz, was then appointed as the chief selector of the women’s team and now there are talks about a potential appointment of Misbahul Haq. I personally think that Mohsin Khan will now be left empty handed.

We do not possess many options as far as foreign coaches are concerned. Even though the security situation is better, foreigners are not allowed to roam around freely.

Grant Flower recently talked about this factor. Events such as IPL have also created problems. Now coaches demand salaries that a country like Pakistan cannot afford. Mike Hesson’s name is also being considered, who was recently rejected by India and Bangladesh for the same role.

On one hand we do not have a head coach or a chief selector and on the other hand the PCB is making many important decisions by itself. They announced the central contracts and then announced a squad for a training camp. Many top performers of the domestic circuit were excluded from the list while many players who have not been prominent in the recent past were heavily featured.

If the person who made this list is given this responsibility of selection in the future then Pakistan cricket will be on its way down. The new Chief Selector will have to look after the players who were ignored previously. If this doesn’t happen then changing Inzamamul Haq would be a problematic decision.

The series against Sri Lanka which is scheduled in October is of vital importance. Chairman Ehsan Mani has good relations with other boards. He played a vital role in convincing the islanders for the tour.

He has also done a lot of work in order to convince the MCC team for a tour. Australian and English officials are personal friends of Ehsan Mani and are likely to tour the country. The chairman has the potential to steer Pakistan cricket in the right direction.

The surprising thing is that he has bestowed most of his authority to the Managing Director (MD) of the PCB, Wasim Khan. He also wants to improve Pakistan cricket however he is heavily influenced by some insecure people which could impact his performance.

A new system is about to be approved which will bring about significant changes. There have been considerable changes in the media department as well. The new officials after their appointment realised the old guard had limited knowledge and expertise. Many favoured people were therefore hired without official advertisement and the old guard is now being side-lined. This is unfair for people who have been working for a long time.

I know Ehsan Mani would not allow these things to happen but the chairman needs to keep a close eye on the proceedings. He has a chance to make the Pakistan Cricket Board a professional outfit which should not be wasted.