16 HBL PSL stats you should know 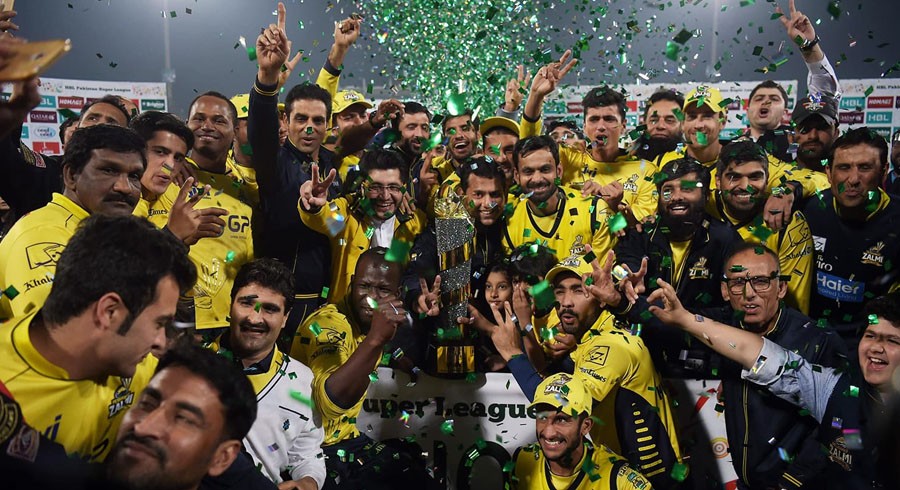 Since its advent in 2016, the HBL Pakistan Super League has made a place for itself amongst the top T20 leagues in the world because of high quality on-field action.

With the opening match of the fifth edition only three days away, the build-up continues for what promises to be another exciting season which will keep fans and followers glued to the cricketing-action.

Statistician Mazher Arshad takes a look at the various records and interesting stats from the last four seasons.

With a win percentage of 61.90, reigning champions Quetta Gladiators are the most successful team in the history of HBL PSL followed by Peshawar Zalmi (58.69). Gladiators have won 26 out of 42 completed matches.

They became the most successful team last year, replacing Islamabad United, who until the start of the previous season had the highest win percentage (59.67). In terms of title wins, however, United are still the best team, winning the tournament twice in 2016 and 2018.

That means the three highest totals of PSL were scored in the 2019 edition. Qalandars’ 59 all-out against Zalmi in the 2017 edition remains the lowest total in HBL PSL.

Two teams scored 78 in the first six overs of an innings in the 2019 edition. Karachi Kings did it with the loss of one wicket against Islamabad United, while Multan Sultans scored 78 for two against Lahore Qalandars.

Before the last edition, the highest Powerplay total was 77 for one by Gladiators which came in their famous 203-run chase against Qalandars in Dubai in the inaugural edition.

Runs per wicket in HBL PSL

HBL PSL has the lowest runs per wicket ratio (23.54) for any active T20 league in the world which means that bowlers have enjoyed plying their trade in the tournament. In 116 games across four editions, 1,443 wickets have fallen for 33,978 runs (average 23.54).

Scoring rates in HBL PSL are on the rise.

The run-rate is expected to go further high this season as National Stadium Karachi, a venue known for runs, is set to host nine games. The run-rate in HBL PSL in Karachi is 8.94.

The team with the biggest winning streak in the tournament is Islamabad United. They won six matches in a row between 2016 and 2017.

They also won five games on the trot in 2018. No other team in the HBL PSL has won five consecutive matches.

With 1,286 runs at an average of 29.22 and a strike-rate of 134.51, Peshawar Zalmi’s Kamran Akmal has been the most successful batsman across four editions. Kamran has played all four seasons for Zalmi and is the only batsman with two centuries in the league.

The most prolific batsman among overseas players is Shane Watson with 1,114 runs at 33.75. Watson played the first two tournaments for United and the last two for Gladiators. He was also player-of-the-tournament in 2019.

There have been five centuries, two of which came in the last edition by Karachi Kings’ Colin Ingram (127 not out against Gladiators in Sharjah) and Islamabad United’s Cameron Delport (117 not out against Qalandars in Karachi).

The previous two centuries were scored by Kamran Akmal – 104 against Kings in Dubai in 2017 and 107 not out against Qalandars in Sharjah in 2018. The maiden century in the tournament belongs to Sharjeel Khan, who amassed 117 for Islamabad United against Zalmi in Dubai in 2016.

Islamabad United’s Luke Ronchi has earned the reputation of being the most destructive batsman of the league due to a staggering strike-rate of 169.81 – the highest among 51 batsmen with at least 200 runs in the tournament.

That United won the tournament in 2018 was down to Ronchi’s performance at the top order. He has featured in only two seasons (2018 and 2019) but scored 754 runs at an average of 35.90. Among local players, the batsman with the highest strike-rate is another United player Asif Ali (164.26).

The record for the fastest fifties in the HBL PSL is jointly held by Zalmi’s Kamran Akmal and United’s Asif Ali. Both scored their fifties off 17 balls.

Kamran did it against Kings in Lahore in 2018 whereas Asif equaled the record against Qalandars in Karachi in 2019. The only other batsman to score 50 in less than 20 balls is United’s Luke Ronchi who took 19 balls to reach half-century against Kings in the Qualifier in Dubai in 2018.

Zalmi’s Kamran also holds the record for hitting most sixes in the tournament. He has hit 67 maximums across four editions of the tournament. The next on the list is Watson with 65 sixes followed by Asif (46 sixes).

Left-arm pacer Wahab Riaz is on the top of the leading wicket-taker chart with 65 wickets at an average of 17.38. He has played all four seasons for Zalmi.

The next leading wicket-taker is another Zalmi bowler – Hasan Ali with 51 wickets at 18.82.

There is no overseas bowler in the top ten leading wicket-takers in the HBL PSL, which shows the strength of local bowling talent.

Watson and Tymal Mills (23 wickets each) are the highest wicket-takers among foreign players in the HBL PSL.

Six bowlers have registered five-wicket hauls in the HBL PSL with the most recent coming from Islamabad United’s Faheem Ashraf, who accounted for six for 19 against Lahore Qalandars in Karachi in 2019.

But the best figures of the HBL PSL still belong to Ravi Bopara, who grabbed six for 16 in Sharjah in the first edition.

Umar Gul (six for 24 against Quetta Gladiators in Dubai in 2018) is another bowler with a six-fer.

Shahid Afridi holds the record for delivering most maiden overs in the tournament. On five occasions he bowled an over without conceding a run.

The next best is Mohammad Amir who has bowled four maidens.

Most dismissals and catches

Zalmi’s wicketkeeper Kamran Akmal has the highest number of dismissals in the HBL PSL. He has accounted for 39 batsmen (31 catches and 8 stumpings).

The player who has taken most catches as an outfielder is Kieron Pollard with 24 catches.

There is one more record that Zalmi’s Kamran jointly holds with United’s Ronchi. Both wicketkeeper batsmen have earned six man-of-the-match awards in the HBL PSL.

While Kamran has done it in 47 matches, Ronchi’s six have come in only 23 games.

The next in this category are Mohammad Sami and Shane Watson with five awards each.