2021 - A year belonged to Mohammad Rizwan and his Bradmanesque form

From being a bench-warmer and serving drinks to fellow players, the 29-year-old went on to become a core part of Pakistan cricket in the last two years across formats 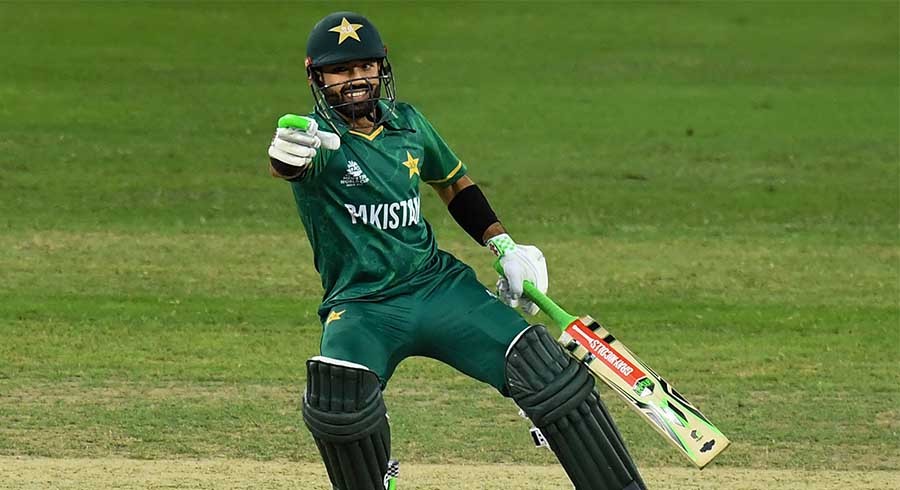 Patience is not simply the ability to wait - it is how we behave while we are waiting. This is what Pakistan's record-breaking wicketkeeper Mohammad Rizwan did in the early stages of his career.

From being a bench-warmer and serving drinks to fellow players, the 29-year-old went on to become a core part of Pakistan cricket in the last two years across formats.

He was known as a batter, who is a slow starter and there were questions over his inclusion in T20Is but the decision from then coaching staff paid dividends to him and eventually Pakistan in the short form of cricket.

Pakistan had no openers on the tour of New Zealand last year as Fakhar Zaman was ruled out due to fever while skipper Babar Azam injured his finger, ruling him out of the series.

Little did anyone know that the decision made by Misbahul Haq and his company would give Pakistan a consistent performer at the top in the shape of Mohammad Rizwan.

Criticism received from the former cricketers looked unjustified once Rizwan's bat started to score runs on a regular basis.

December 20, 2022 - after two back to back failures in New Zealand, the onus was on Rizwan to deliver and he did it in the final T20I. He smashed 59-ball 89, scoring the most by any wicketkeeper while chasing in international cricket.

The Men in Green had an opener to compliment Babar Azam and at one stage Fakhar Zaman was not even in the picture. The year 2021 belonged to Rizwan and he smashed multiple records which are highly unlikely to get broken in the coming years.

A record, Rizwan has achieved in the year 2021 was scoring the most runs. No one had crossed the 800-run mark in this format but Rizwan struck over 1300 international runs and also reached the 2000-run mark in T20s while playing for Khyber Pakhtunkhwa and Multan Sultans.

Pakistan played 29 T20I matches this year and the batters had the perfect opportunity to pile up runs. Adding to it, ten T20I were even cancelled or washed out, the run column would have been at the extreme level but nonetheless, Rizwan crafted his own style and broke records.

Rizwan had a stellar run this year and he was brilliantly supported by his skipper Babar Azam, who himself registered a record of scoring second-most T20I runs in a calendar year.

As Rizwan was brilliant in the shorter format, England's Joe Root and Ireland's Paul Stirling dominated Tests and ODIs this year, respectively..

No batter had registered more than eight fifties in a year but Rizwan made scores of fifty-plus on 12 different occassions.

Most T20 man of the series awards (Pakistan)

It took Rizwan one year to bag this record too. He awarded Player of the Series four times this year.

Most sixes in an innings (Pakistan)

Rizwan became only the second player for Pakistan to score a century in this format against South Africa in Lahore earlier this.year He smacked seven sixes, most by a Pakistani in a T20I innings.

Most hundred partnerships in T20I (Overall)

The reliable duo of Babar Azam and Mohammad Rizwan were nightmare for bowlers. Out of six 100-run stand, four were exceeded 150 runs. They registered record of highest opening stand (197) against South Africa in Centurion where Babar Azam also scored century.

Mohammad Rizwan is in an elite list of having 50+ average in this format. Only India's Virat Kohli is ahead of him in this list.