There had been no question mark on Rizwan's wicketkeeping abilities, but the so-call pundits had to evaluate his performance based on his second role, which is to score runs 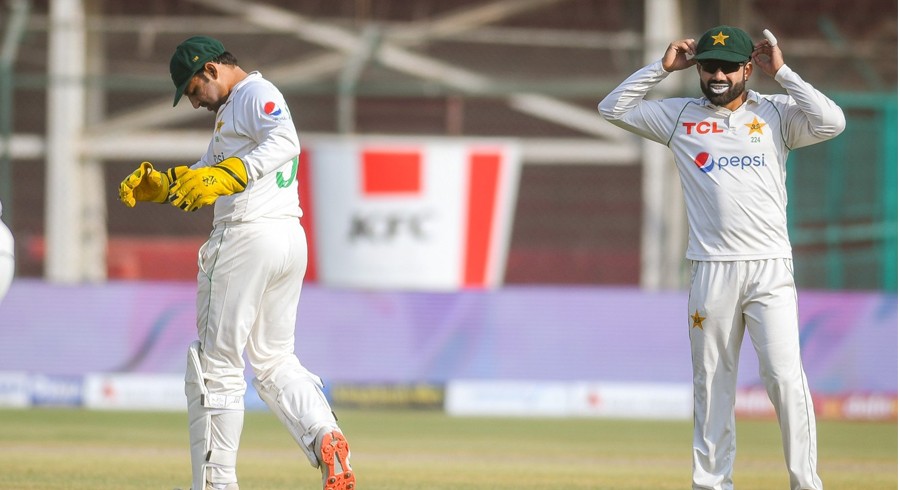 Pakistan cricket only demands perfection and it can also bench a top player due to outside pressure. The side has been below par at home conditions but few have been held responsible for it, including wicketkeeper Mohammad Rizwan.

The vice-captain of the Test side had to be benched after a string of low scores. Former captain Sarfaraz Ahmed replaced him and he also scored 86 runs in the first innings of the Test series opener against New Zealand.

There had been no question mark on Rizwan's wicketkeeping abilities, but the so-call pundits had to evaluate his performance based on his second role, which is to score runs.

In the process, the stakeholders compromised the quality of keeping at the expense of runs. Pakistan looked ahead after putting up 438 but New Zealand responded strongly and are close to equal the score and may take the lead on Day three.

Rizwan is super active behind stumps and the side is missing this very much. On Day two, Sarfaraz Ahmed couldn't hear Devon Conway's edge, which proved costly as Pakistan didn't take review.

On Day three, the 36-year-old missed Kane Williamson's stumping when the top New Zealand batter was on 21.

Williamson overbalanced and fell on his back after a delivery by spinner Nauman Ali. He missed the full-flighted delivery outside off but the ball went under the bat. The right-hander's back leg was outside the crease but the ball didn't stick in Ahmed's gloves.

Ahmed also missed another stumping of Williamson earlier in the batter's innings, but it was a difficult one down the leg side.

There's no denying that Sarfaraz has services for Pakistan, but it is also to be understood that reflexes get slow at age 36.

As far as Rizwan's backup is concerned, it must be a young emerging keeper like Rohail Nazir or Mohamamd Haris in Test cricket too, rather than the management going back to someone who hardly has a future.