En route to a magnificent stand against England, the duo broke their own records and claimed one another 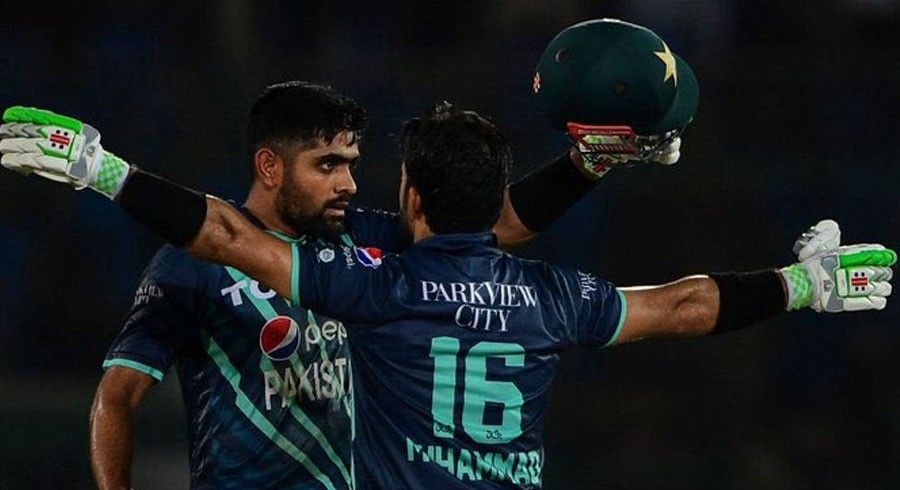 The duo of Mohammad Rizwan and Babar Azam is arguably the best T20 cricket has ever seen and they once again achieved the unachievable with their epic partnership in the second T20I against England at the National Stadium in Karachi.

While chasing 200, the skipper scored 110 off 66 balls, while Rizwan made 88 off 51 balls. En route to a magnificent stand, the duo broke their own records and claimed one another.

Pakistan chased a 200-run target, the highest successful chase in T20 history, without losing a wicket. The previous highest was 184 by Kolkata Knight Riders against Gujarat Lions in 2017, while the previous best in T20Is was 169 by New Zealand against Pakistan in 2016.

First team to chase target of 200 against England

The partnership of 203 between Babar Azam and Mohammad Rizwan is the biggest stand in a T20 chase. The duo broke their own record of 197 which they achieved against South Africa in Centurion last year.

Pakistan claimed their second win by ten wickets in T20Is as they had defeated India by the same margin during last year's T20 World Cup. It is also the first time England have lost by ten wickets in a men's T20I

Babar and Rizwan had five 150-plus stands in T20Is while no other pair has even one for Pakistan. Their five stands of 150-plus runs are also the most by any pair in all T20 cricket. They are also now the first pair to share a 200-run stand for Pakistan in T20Is

Babar, Rizwan feature in successful chases of 200-plus

There have been three instances of successful chases of 200+ by Pakistan in men's T20Is. All three chases featured an opening stand of 150-plus between Babar and Rizwan. They added 158 in chase of 208 against West Indies in Lahore last year and had a 197-run stand during a chase of 204 against South Africa in 2021.

Babar - only Pakistan batter to score more than one T20I century

Babar Azam has now scored two centuries in T20Is, the first Pakistan batter with multiple centuries in this format. Rizwan and Ahmed Shehzad has scored one each for the Men in Green in T20Is

Most T20 centuries by an Asia batter

Babar Azam has now scored seven centuries in T20s, the most by any batter from Asia, going past Rohit Sharma, KL Rahul and Virat Kohli - all with six tons.

Most runs by a pair in T20Is

Babar and Rizwan now hold the record for most runs as a pair in men's T20Is. The duo currently has 1929 runs from 36 innings at an average of 56.73 with seven century and six half-century stands. They surpassed Shikhar Dhawan and Rohit Sharma's tally of 1743 runs. The seven-century stands between the Pakistan duo are also a record in this format.

Scoring century in all three formats at a single venue