Don't put players' careers on the line for glory 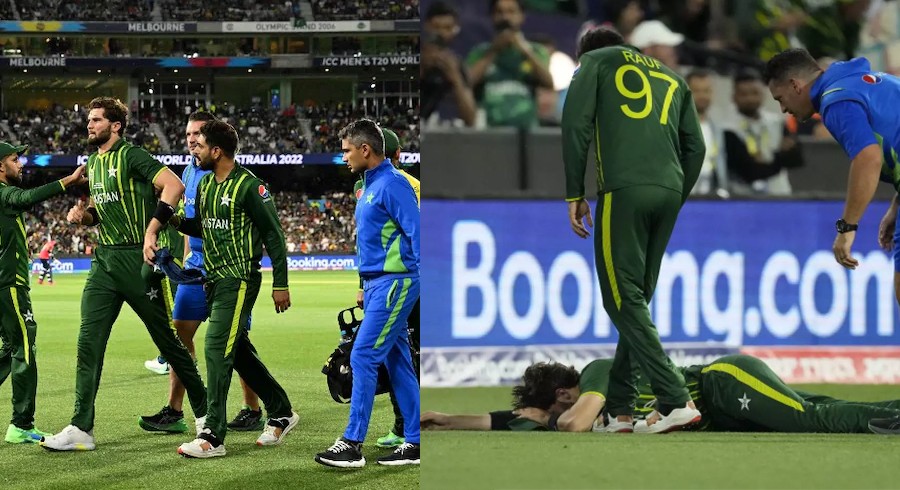 Pakistan's cricket history is enriched with damaging careers of the players. Not having strong lobbying from taking out players from scandals to ending their careers by not taking care of injuries, the book is full and more chapters will be included in the future for sure.

The Men in Green had a fantastic T20 World Cup campaign after the start they got in Australia. Losing two games to India and minnows Zimbabwe, Babar Azam and his men cruised through the semi-finals by winning the remaining three group games and a bit of luck, now commonly known as Qudrat ka Nizam among people as the Netherlands defeated South Africa which paved them the way to qualify.

They ousted New Zealand in Sydney by flourishing in all three departments and reached Melbourne with the hope of replicating the same heroics as of the 1992 World Cup, where Pakistan beat England to bag their first World Cup title.

Despite reaching the final, there were reservations about players' selection, including the places of players carrying injuries.

Three players, Shaheen Shah Afridi (knee), Fakhar Zaman (knee) and Usman Qadir (finger) were part of the team. Although Shaheen was declared fit before the mega-event, the spark was not there.

Fakhar replaced Usman in the original squad only to play one game against the Netherlands, where he injured his knee, ruling him out of the competition.

Shaheen came to his best after going wicketless in the first two games; however, his pace was still not on the money. There have been opinions Shaheem might break down as his rehabilitation was fastened due to his impact in the team.

The question arises if the player is bigger than the team or if it is necessary to fast-track him; viewing knee injuries can put the bowlers' careers on the line.

The same thing happened which everyone was afraid of; Shaheen hurt his troublesome knee when completing a catch during England's successful run chase in the final against England and left the field immediately after delivering one ball from his second spell.

The injury robbed Pakistan of any chance of clinching a second T20 World Cup title as experienced all-rounder Ben Stokes quickly took over to guide England to victory.

His overs were crucial as Pakistan were at the top on that stage by pushing Ben Stokes and Moeen Ali with brilliant pace bowling. Iftikhar Ahmed had to bowl the remaining five deliveries, where he conceded 13 and the momentum shifted to England.

England also had an injury scare in the shape of Mark Wood. The fastest bowler of the competition bowled with the same intensity day before the final and also before the game, however, England didn't include him as his career's longevity is much more important than World Cup final.

From chairman PCB Ramiz Raja, to skipper Babar Azam and management, all are responsible for deteriorating Shaheen's case but the matter will be dug and things will carry on as results matter to us the most.

There's no denying Shaheen is a world-class pacer but putting his career on the line for a tournament can damper his progress and we may not see him for months as he will again go under rehabilitation, ruling him out of important Test Championship games against England and New Zealand.