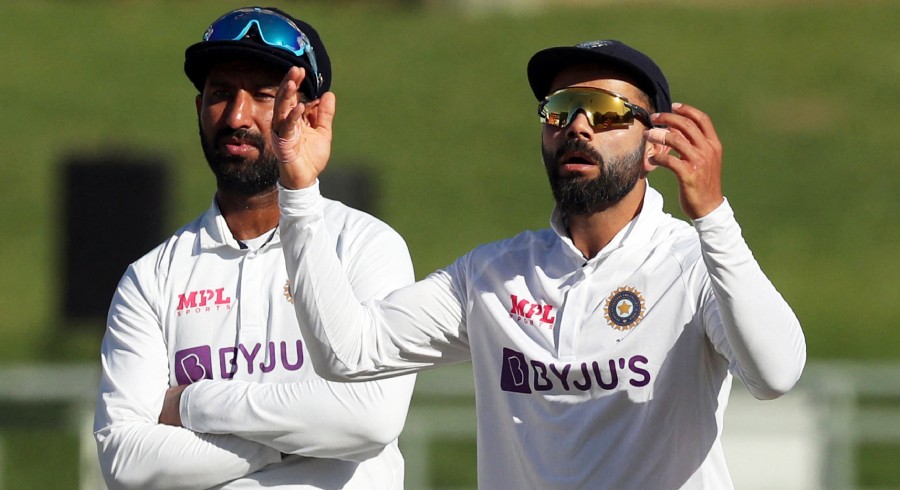 Life for a child becomes an easy ordeal once the element of repercussions is thrown out the window. His comparison with other kids becomes inconceivable as he stands aside, like a champion, seeing others quibble amongst themselves. That champion is Virat Kohli.

Undeniably a modern great, perhaps one that I admire the most as a player, Virat Kohli brought the class of olden generational players and fused it with the modern era's vibrance. Pairing both together Virat Kohli emerged as the rough definition of a modern era legend along with the likes of AB de Villiers and Steve Smith; each representing a different version of the same definition.

However, unlike others, the very things which make Virat Kohli the superstar that he is, also make him notorious; his obsessiveness to win turns into obsessiveness to stand corrected. Thus, leading him to shout at the mic stumps during the game and obtrusively labeling the third umpire as a cheat for what had gone before. This kind of behavior is frowned upon in gentlemen's sport and accepting questionable decisions is part of the game.

Let us recall Pakistan's crunch World Cup semifinal against India in 2011. The stage was set for Pakistan and everybody felt that the Men in Green stood a real chance. The firepower of Kamran Akmal at the top, to the experience of Younis Khan and Misbah-ul-Haq, and the match-winning ability of Shahid Afridi and Abdul Razzaq - Pakistan were the team to beat on paper.

The toss was won by MS Dhoni who opted to bat in front of the Mohali crowd. Pakistan struck early as Virender Sehwag was sent back to the pavilion. However, the storm of Tendulkar was brooding on the other end. Afridi looked towards one of the best spinners at that time, Saeed Ajmal, to put up a fight against Tendulkar. The fourth ball of the 11th over saw Ajmal get the better of Tendulkar; a leg-before appeal and Ian Gould's finger went up.

Having never beaten in a World Cup format, Tendulkar's dismissal strengthened Pakistan's chances to cause an upset despite it being early in the game. The DRS system, fairly reliable up until that point, overturned the decision which left everyone baffled. Tendulkar was given a second chance and he ended up becoming the Player of the Match as Pakistan fell 29 runs short of a 261 target.

The DRS has not seen a bigger injustice - especially on a stage like a World Cup - still, no Pakistan player reacted to how Virat Kohli did during the third day of the deciding Test match against South Africa.

After setting a 212-run target in the final and decider Test match against South Africa, India looked to put pressure on the Proteas batters as day three was coming to a close.

Alas! Ravichandran Ashwin finally found the breakthrough! South African captain, Dean Elgar, who was a key wicket, was given out. However, the DRS review showed the ball going over the stumps, and umpire Erasmus was forced to overturn his decision. Things were bound to go haywire as the wrath of Virat Kohli saw the Indian skipper shout at the stump mic, saying "Focus in your team while they shine the ball, not just the opposition. Trying to catch people all the time."

Kohli's personality, which consists of both the brilliance and the unsavory, seeps into the foundation of what Indian cricket is today; perhaps one of the best but hard to respect. Similar to Kohli, other Indian players also did not stop themselves from making the displeasure known as they passed comments on stump mic; Ashwin saying that Super Sports should find better ways to ways to win. While the vice-captain, KL Rahul, said that "It is a whole country against 11 guys."

The point of contention is not whether the decision was correct but the manner in which Virat Kohli and the Indian cricket team lashed out without any fear of repercussions. This incident has acted as a catalyst to showcase the bitter side of Indian cricket and the dangerous precedent that it often sets on the back of BCCI's foothold in the cricketing world. In order to preserve the integrity of the gentlemen's game, ICC has to establish certain ground rules which need to be applicable to everyone - even if it is the spoiled kid from India.