Emerging players to watch out for during HBL PSL 6 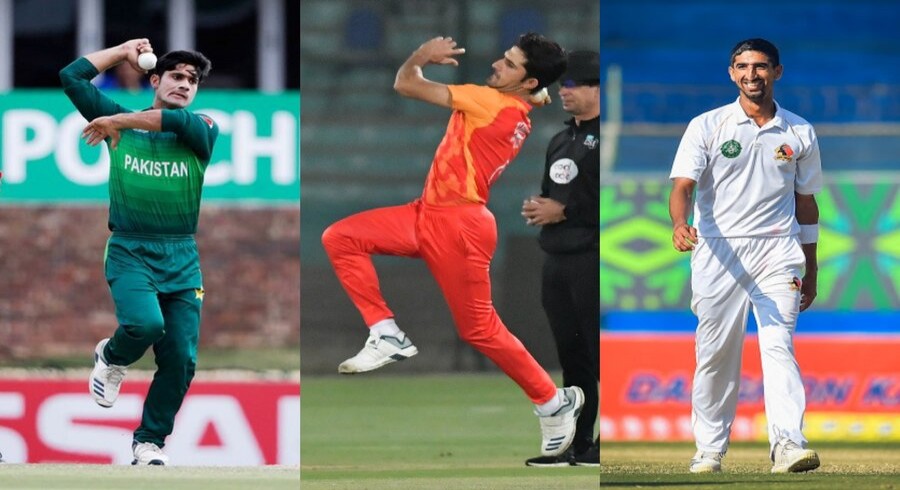 The HBL Pakistan Super League is known for providing a launching pad to the emerging players every year. The budding players get a major breakthrough as they rub shoulders with top players, share the dressing room and watch them before their eyes.

The HBL Pakistan Super League has been an ideal platform to a number of players in the five editions.  Hasan Ali started his career as an emerging player for Peshawar Zalmi in HBL PSL 2016 and rose rapidly to become a world known player, starring in Pakistan’s ICC Champions Trophy win a year later.

The HBL Pakistan Super League 6 will also see all six teams giving two emerging players each the launch pad to fire on. Here is a brief introduction of all the emerging players.

Mohammad Wasim Junior is a medium-fast bowler with immense potential. He was part of the Pakistan U19 team that featured in the ICC U19 Cricket World Cup in South Africa last year. He picked up five wickets in Pakistan’s win over Scotland.

“I am super excited to be part of Islamabad United,” said Wasim. “I am picked on my performances at the domestic level, so I am ready to prove my talent.”

Ahmed Safi Abdullah is a left-arm spinner of prominent ability. Abdullah was associated with Islamabad United in last year’s HBL PSL as well. He took four wickets in three matches at a good economy of 8.12.

Since then, he has lived up to his potential in the domestic season. He featured for joint-champions Central Punjab and scored 245 runs in 10 matches and, more importantly, fetched 34 wickets.

Watch out for Qasim Akram. At just 18, Qasim has already made waves at the domestic level, impressing expert and commentator Bazid Khan no end. He is a solid middle-order batsman who can give impetus to the innings in the final overs. Qasim is a quality off-spinner and that aspect of his game increases his utility as a player.

Qasim was part of the Pakistan U19 squad for the ICC U19 Cricket World Cup last year. Although he managed just 93 runs in four innings, but his average of 46.50 was impressive. He also took three wickets with an economy of 3.57.

Qasim graduated to first-class cricket last year and knocked 389 runs with three half centuries and grabbed 13 wickets – prominently contributing in Central Punjab finishing as joint-winner of the Quaid Trophy.

“I am from the fertile land of Lahore and feel very lucky that I have been picked up by champions Karachi Kings,” remarked Qasim. “I know this is my chance to make it big and I am all for that.”

Mohammad Abbas Afridi was picked by legendary Wasim Akram. That can easily sum up his talent.

“I was impressed with his action when I saw his video,” said Wasim of the right-arm fast bowler from FATA.

Abbas rose to prominence when he was selected for the ICC U19 Cricket World Cup last year. Abbas finished with nine wickets in five matches – the most by a Pakistani in the event.

Lahore Qalandars stand out in unearthing talented players and then groomed them in their development program.

Maaz Khan, a spinner who has the knack to turn the ball and get wickets, is from Jamrud in the Khyber Pakhtunkhwa province. Lahore head coach Aqib Javed says Maaz has the attitude of a fast bowler, has a good googly, a flipper and can turn the new ball well too.

He has also represented Lahore Qalandars in the T-10 league with success.

Zaid Alam’s story is that of rags-to-riches. He is the son of a tea-staller owner and used to help his father at the stall. In his spare time Zaid would play cricket in the streets.

He started off with tape-ball cricket on the streets of Lahore and from there he was picked for Pakistan's squad for the ICC U19 Cricket World Cup in 2018 held in New Zealand.

He failed to showcase his talent in his age group matches, finishing with just 93 runs in five matches. But Zaid has now matured and is ready to take his chance in the HBL PSL VI.

Right-arm fast bowler Mohammad Umar regards HBL Pakistan Super League as a fantastic opportunity for him. He is a fast bowler who played for Sindh in the domestic season, doing well with the white ball.

That prompted Multan Sultans to give him a chance in the emerging category and he is keen to grab the opportunity with both hands.

“HBL PSL is a fantastic event,” admits Umar, adding: “I used to watch it from the sidelines and now I am lucky that I am part of Multan Sultans, so I will leave no stone unturned and make my mark.”

Shahnawaz Dhani also believes he has a big stage to make an impact.

“I know that this is my chance to make it big,” said Dhani, who hails from Larkana, Sindh and is a right-arm fast bowler.

“I am happy that I have got a chance to play under Azhar Mahmood (bowling coach) and Andy Flower (head coach) in Multan Sultans. This will give me a very good chance to hone my talent.”

Dhani caught the eyes with his 135-140kph speed during the Quaid-e-Azam Trophy. He took 26 wickets in seven matches. He also has an effective bouncer, so watch out for Dhani in the emerging category.

Abrar Ahmed is not new to the HBL Pakistan Super League. He was part of Karachi Kings in 2017 when he was spotted as a “mystery spinner” by former Pakistan captain Rashid Latif.

But Abrar failed to get a wicket in two matches before injury ruled out any further participation.

Peshawar Zalmi has picked up Abrar after a stellar show in the three-day Quaid-e-Azam Trophy last year. Abrar was outstanding, taking a whopping 57 wickets in six matches for the Sindh Second XI with eight five-wicket haul and two 10-wicket hauls. However, when he was promoted to first-class cricket, he failed to repeat his wicket taking ability.

But no one can rule him out.  Abrar can be damaging as his fingers have the knack to turn the ball square.

Mohammad Imran Randhawa is a talented right-arm fast bowler who has speed and aggression to rattle the best batsmen.

Arish Ali Khan has been a top performer on the junior circuit for the past couple of years. He is a left-arm spinner with uncanny ability to disguise the batsmen and can stop the flow of runs in white ball cricket.

He was part of Pakistan’s squad in the ICC U19 Cricket World Cup held in South Africa last year but unfortunately did not get to play a single match.

Arish emerged from a PCB-conducted tournament in 2016, ending as the leading wicket-taker with 45 strikes at 12.24. He was also the second-highest wicket-taker in the PCB National Under19 three-day tournament with 30 wickets, striking at 16.27 in 2019.

Saim Ayub is a left-handed batsman of high quality.  Saim has led Pakistan at the U16 level and helped Pakistan win against Australia. He can hit big and long. He was unlucky to miss the ICC U19 Cricket World Cup last year due to an injury.

Saim said he is all geared up for the big chance.

“I am all prepared, mentally and physically, and would do my best to take a flight from the HBL PSL and achieve what I have set out for in cricket,” vowed Saim.