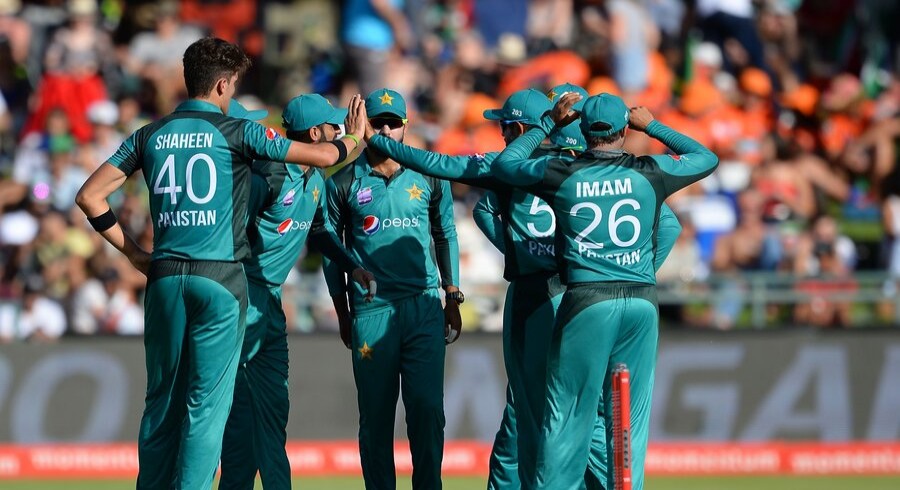 Pakistan will first take on South Africa in three ODIs and four T20Is, starting from first ODI on April 2. The Men in Green will then travel to Zimbabwe to compete with hosts in two Tests and three T20Is.

Here are the four main talking points from the aforementioned selections.

Sharjeel Khan has made his comeback into the Pakistan squad after four years. Pakistan needed a hard-hitting batsman at the top after a slump in Fakhar Zaman’s form in T20Is. Sharjeel grabbed the opportunity and made his way into the side through his performances in PSL 6, which included a century.

However, Sharjeel’s inclusion raises few questions. Pakistan former chief selector and current head coach, Misbahul Haq, has repeatedly said that Sharjeel doesn’t meet the fitness standards required at the international level. Mohammad Wasim clearly thinks otherwise, but what message does this send to others in the dressing room? Should they stop following their strict diets and fitness regimes? Fitness is no longer an important criterion for selection and this is likely to have long lasting repercussions.

ALSO READ: Sharjeel Khan is in the squad, not the playing XI: Rashid Latif

Sharjeel’s inclusion will also bring an interesting dynamic in Pakistan’s dressing room as the selectors have also picked Mohammad Hafeez for T20Is, who has openly criticised the return of tainted cricketers back into the national fold. It remains to be seen whether Sharjeel’s return works for Pakistan on and off the field.

How to fit Shadab in playing XI?

Shadab Khan has also made his return into the Pakistan limited-overs side as vice-captain after missing out on home series against South Africa due to injury. Leg-spinner Zahid Mehmood had to make way for Shadab in T20I squad, despite making an impressive debut against the Proteas. Shadab’s bowling form has had a major dip and he failed to impress with the bat either in PSL 6. With Usman Qadir providing an attacking option with spin in limited-overs format, where does that leave Shadab?

Considering the conditions in South Africa, Pakistan is likely to go with three outright pacers with Faheem Ashraf playing the all-rounder role. This would allow Pakistan to play just one spinner in the playing XI. Shadab’s inclusion could mean more bench time for Usman Qadir. Another option for Pakistan is to play Shadab in top six, but his poor form with the bat will not inspire much confidence. Hence, figuring out Shadab’s role in the team will be a serious headache for team management.

Shadab also needs to up his game and show that he adds value to the team, because he won’t be able to play as a specialist fielder alone.

Pakistan selectors have once again followed their tradition of mixing performances of different formats as they overlooked Haris Sohail for the ODIs against South Africa. The middle-order batsman had a slump in his form in Test cricket and was dropped for the South Africa Test series. However, his record in ODI cricket doesn’t justify his exclusion. Since 2019, Sohail has scored 725 runs in 16 innings at an average of 51.78. What makes his exclusion more surprising is that the left-hander has scored fifties in his last two ODI innings.

The only plausible reason for his exclusion could be that selectors want to try young batsmen like Saud Shakeel and Danish Aziz, with 2023 World Cup in mind. Sohail has had his fair share of injury issues and the Pakistan team management could be looking at preparing strong backups.

Pakistan has continued to put their faith in young pacers as Mohammad Wasim Jr, Arshad Iqbal and Shahnawaz Dahani earned call-ups for the Africa tour. Mohammad Wasim’s jnr, who hails from North Waziristan, has made an impact in his first domestic season. The right-arm pacer can deliver Yorkers with precision and is a hard-hitting lower-order batsman. His inclusion not only strengthens Pakistan’s bowling stocks but also allows Men in Green to bat deep. Meanwhile, Arshad Iqbal has been rewarded for his consistent performances in PSL for past two seasons. Pakistan will play 7 T20Is during the aforementioned tour. Hence, Iqbal’s presence will allow Pakistan to manage the workload of their premium pacers, Shaheen Afridi and Hasan Ali.

Shahnawaz Dahani caught the attention of the nation during PSL 6, but the Larkana-born pacer had already impressed the selectors during Quaid-e-Azam Trophy. The 22-year-old pacer picked up 26 wickets in 12 first-class matches this season at an average of 31.19. With Pakistan lacking an express pacer in the longer format, Dahani can look to fill that gap.

Note: The author tweets at @crichassan