Here are the top performers of 2021-22 Pakistan Cup 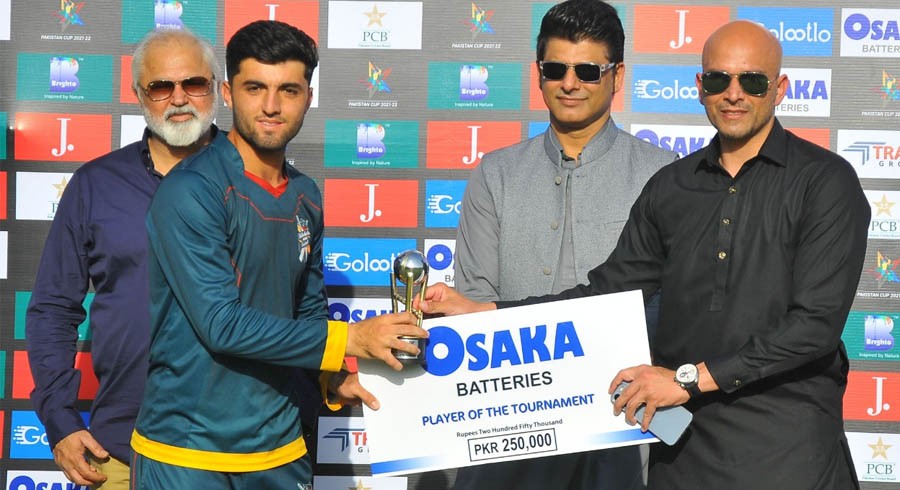 Pakistan’s most prestigious List A tournament recently got concluded in Multan where Balochistan denied five-time champion Khyber Pakhtunkhwa by eight wickets in the final to claim their maiden Pakistan Cup title.

The tournament produced some wonderful matches and top performances throughout the event. The total prize money cap for the tournament was approximately PKR 10 million. The winners were awarded PKR 5 million, while the runner-up received PKR 2.5 million.

The quality of cricket was superb as four 350+ scores were made, while the most fascinating match was witnessed when Southern Punjab successfully chased 367 run target posted by Central Punjab.

The overall performances were very impressive, and many youngsters emerged from the scenes to make a mark in the most competitive List A competition in the domestic circuit of Pakistan.

Here are the tournament's top performers and the prize money they received:

Haseebullah Khan was the star performer of the tournament. The 19-year-old batter piled up 614 runs in 12 innings at an average of 55.81, including three centuries and one half-century.

Haseebullah Khan had a dream run throughout the Pakistan Cup as he also received the best batter of the tournament award. He smashed 86 boundaries and six maximums in the 614 runs he scored.

The veteran leg-spinner of Pakistan, Yasir Shah, was very impressive throughout the event. The 35-year old bagged 24 wickets in 12 innings at an average of 22.55. Despite fitness issues, he led Balochistan to clinch their maiden Pakistan Cup title.

Muhammad Haris was declared wicketkeeper of the tournament. Although he left the tournament mid-way to join the Pakistan squad, he still managed to get 11 dismissals behind the stumps in eight matches. The 21-year-old also contributed 239 runs at 39.83.