The premier batsman already leads in the limited-overs cricket, ranked number one in ODI and T20I formats 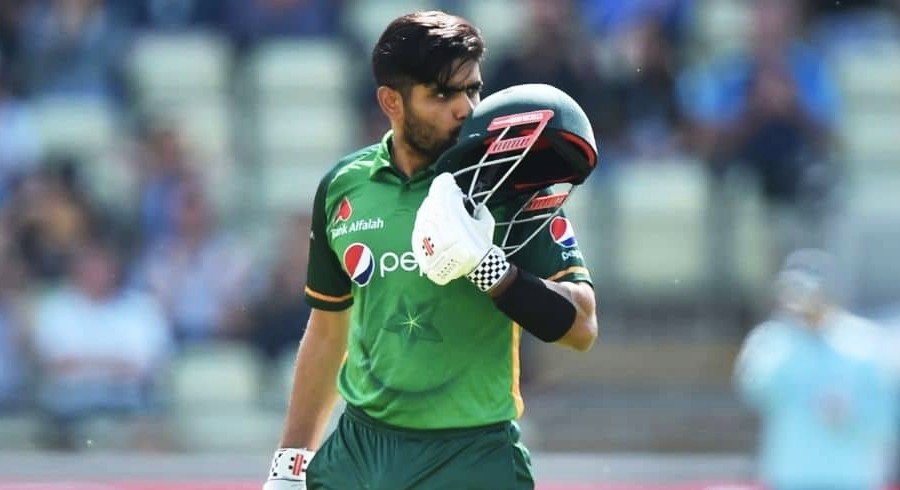 The premier batsman already leads in the limited-overs cricket, ranked number one in ODI and T20I formats.

Babar struck his 17th century against West Indies in the opening one-day international and continued his remarkable run of scoring runs. In doing so, captain fantastic set a number of new records.

Here is a list of records that Babar Azam has broken in recent times:

There is no denying Babar’s brilliance as he is widely regarded as one of the best batters of the modern era alongside the likes of Virat Kohli, Joe Root, Steve Smith, and Kane Williamson.

The right-hand batsman has become the fastest batsman in history to reach 17 ODI hundreds. He has achieved this feat in only 85 innings, beating Hashim Amla’s record.

Hashim Amla, who remains one of the most elegant players to grace the game, reached his 17th ODI hundred in 98 innings.

Here is the complete list of players and their innings count for reaching 17 ODI centuries.

Most Runs in a 5-Match Series

There were a lot of critics who believed Babar Azam’s performances would dip after he was announced as Pakistan’s captain. However, the premier batsman has proved everyone wrong by improving even further and has delivered consistently on the international stage.

Babar Azam broke Fakhar Zaman’s record for scoring the most runs (515 runs) in a five-match series. He leads the charts among the Pakistani batters but globally, Virat Kohli is on top of the list with 596 runs.

Most players are determined on the basis of consistency and it is safe to say that there aren’t many players in the modern era who have been more consistent than Babar Azam.

Babar has become the first batter to score three consecutive centuries twice in his one-day international career. He scored three consecutive centuries back in 2016 against West Indies and this time around, he scored the hattrick of centuries; two of them came against Australia whereas the third one was scored in the first ODI of the home series against West Indies.

Babar Azam, alongside Imam-ul-Haq, has managed eight 100+ runs partnership stands in the one-day international format. Both batters have equalled the second-highest record set by Mohammad Yousuf and Inzamam-ul-Haq.

The record is being led by Mohammad Yousuf and Younis Khan, who are leading the charts with nine 100+ partnership stands. Babar and Imam, who remain in phenomenal form, have a chance to break the record as it is only a matter of time.

Setting the record has become a common theme for Babar Azam and his recent century against West Indies also helped him break the record for most runs scored after 85 innings.

Previously, the record was held by Hashim Amla, who had scored 4,312 runs after 85 one-day international innings. Babar Azam, however, broke the record when he scored the 52nd run of the innings against West Indies in the first ODI.

Here are some additional records that Babar Azam holds:

In addition to this, Babar Azam has also occupies the second position for the following records as well: