How long will Pakistan carry Hasan Ali on the basis of past performances? 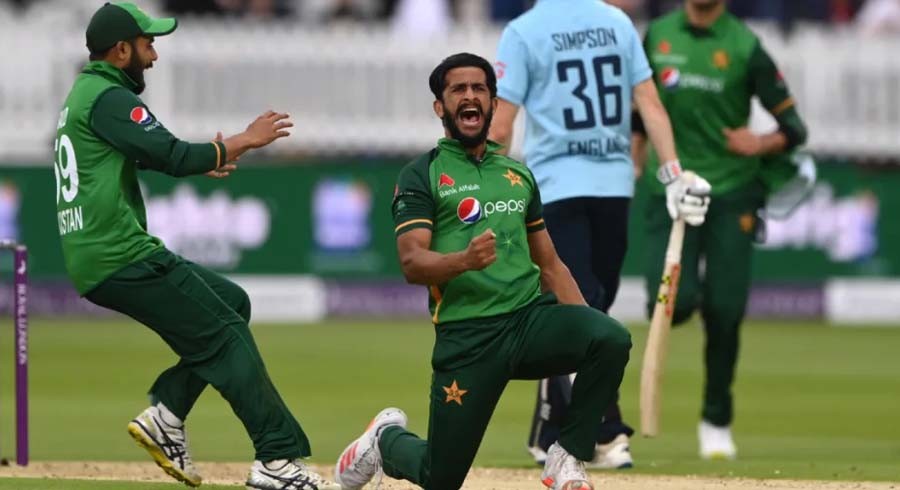 There has been a lot of discussion on Hasan Ali being the first choice for the playing eleven of the Pakistan team across three formats.

The 27-year old pacer has been out of form for a while now after an impressive start to his international cricket career.

He has performed in bits and pieces, but on the larger scale, his inclusion in the team has proven to be a burden and being a senior player rather than leading from the front, he has been a weaker link targeted by the opposition.

The 2021 ICC Men T20I World Cup is one example where Pakistan played flawless cricket and enjoyed their unbeaten run before getting knocked out in the semi-final against Australia.

Hasan Ali's performance was below par throughout the tournament. He managed to pick up only five wickets in six matches at 41.40 and an economy of 9 on slow tacky tracks of UAE.

It is to be noted that Hassan was wicketless against Australia in the semi-final and conceded 44 runs and dropped a crucial catch of Mathew Wade in the 19th over of the game, which caused Pakistan the World Cup.

In the recently concluded series against Australia, the struggle of Hassan Ali continued. The right-arm pacer picked up only two wickets in the second Test and went wicket-less in the third.

His poor form was prominent in the ODI series against Australia as he was dropped after conceding 56 runs in eight overs in the first match. He was given another go in the one-off T20I, where he disappointed once again. He gave 14 runs in his first over that allowed Australia to have a good start.

He conceded 30 runs in three overs without picking up any wicket.

Former Pakistan captain Waqar Younis was also amazed to see the selection of Hasan Ali in the one-off T20I.

"I was expecting Shahnawaz Dahani instead of Hasan Ali. Hasan is not in good form," Waqar was quoted as saying.

In contrast to Hassan Ali, many other options have an impressive record, including young spearheads Naseem Shah and Shahnawaz Dahani.

Zaman Khan is another name that emerged from the HBL PSL 7, while the veteran pacer Wahab Riaz has many match-winning performances behind his back and has performed well in the T20 leagues around the globe.

The ICC Men T20 World Cup will be played on fast and bouncy tracks in Australia in six months. It is high time that management and captain have to decide based on current form and merit rather than personal preference and favouritism.

Skipper Babar Azam has been advocating since the T20 World Cup that Hasan Ali is a match-winner and will bounce back but his inclusion is not justified yet.

Pakistan will be in action for an ODI series against West Indies and the Netherlands, followed by a tour of Sri Lanka.

The Men in Green will participate in the 2022 Asia Cup and a seven-match T20I series against England before the World Cup.

The cricket to be played is enough for the Pakistan team to finalize their best possible pace attack for the World Cup.