How PSL played an integral role in Shan Masood's development 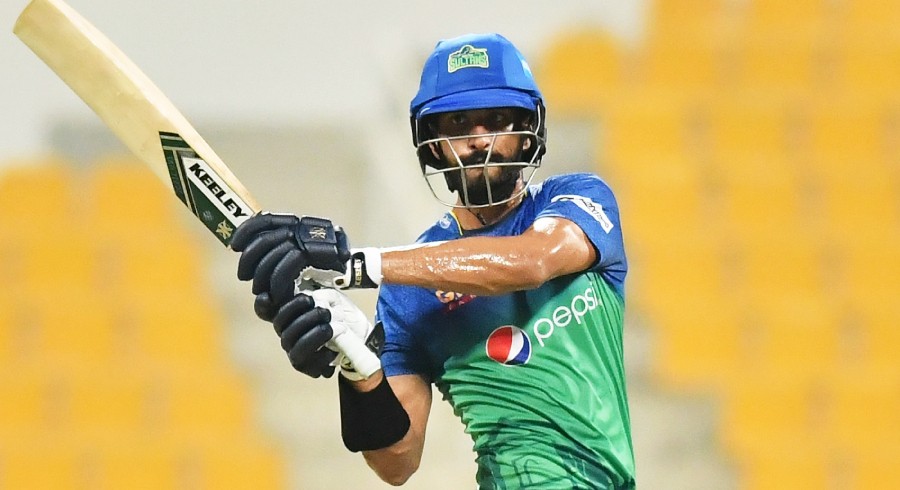 There are not many cricketers who can change the public's perspective about them in such a short period but Shan Masood is one example that springs to mind. Starting as a reserved and conservative batsman, Shan has made massive improvements in recent times. The left-hander has gone from being a backup opener in Test cricket to now being considered for even limited-overs series; how did all of this happen?

Constructive criticism plays an important role in everyone's lives but once you are subjected to online trolls and abuse, it becomes increasingly difficult to remain positive. Oftentimes, players give in to the pressure and fall off after being dropped from the side. However, for Shan, that period proved to be life-changing as he is currently enjoying the best form of his career. The 32-year-old is currently the leading scorer in the County Championship 2022 with two double-centuries to his name already.

This shift in mindset takes immense mental strength, something which often goes under the radar. The mental strength is directly applicable within the game; dealing with crunch situations, handling the pressure well, and so on. Shan primarily focused on the criticism to develop himself as a complete player, starting with his strike rate problems.

One of the first criticism against Shan Masood was his inability to score runs quickly. Let's take Shan's 156-run inning against England back in August 2020 as a reference point; the left-hander faced 319 deliveries and had a strike rate of 48.90. Pakistan eventually ended up losing the match by 3 wickets and the Shan was used as a scapegoat to justify the loss because of his slow scoring rate in the first innings and then failure to get off the mark in the second innings.

To give perspective, each match is different based on the opposition and the conditions. Playing against England on their home soil - Abid Ali returned to the pavilion on 16 whereas skipper Azhar Ali failed to get off the mark; to combat being 43-2 and against a formidable pace attack of Stuart Broad, James Anderson, Jofra Archer, and Chris Woakes, you need resilience and solid technique to survive. Shan not only provided stability from one end but also kept scoring runs at a steady pace.

Looking at 156 runs being scored off 319 deliveries, especially in the modern era, does sound a bit off but you cannot look at things in isolation as the situation of the game goes hand-in-hand.

Since the start of January 2020, Shan has scored three centuries in Test cricket; one was against England whereas the other two came against Sri Lanka and Bangladesh where the left-hander maintained a respectable strike rate of 68.18 and 62.50 respectively.

Ever since Shan joined Mickey Arthur's Derbyshire, Shan's intent has been clear. He has not only improved on his ability to score runs quicker but has also polished his overall game; he starts traditionally by playing shots in the V and gradually progressing towards shots square of the ground. He currently has 826 runs under his belt at an average of 118.0 - thanks to two back-to-back double centuries and a century against Worchestershire.

Role of PSL in Shan's Development

Although this might be an unpopular opinion in retrospect, Shan Masood being assigned the captaincy of Multan Sultans probably aided his development as a cricketer more than anything else. Under his leadership, he led Sultans to the playoffs where he led from the front and improved his overall gameplay to help his franchise tremendously.

The T20 format of PSL not only helped the left-hander play aggressively but the captaincy also forced him to have controlled aggression. He contributed heavily to Multan Sultans' cause in the latest edition of the PSL alongside Mohammad Rizwan. Shan was the third-highest run-scorer of the tournament with four half-centuries to his name. It is worth adding that Shan hit the most number of boundaries in PSL 7 with 54 fours compared to Fakhar Zaman's 53 and Mohammad Rizwan's 47.