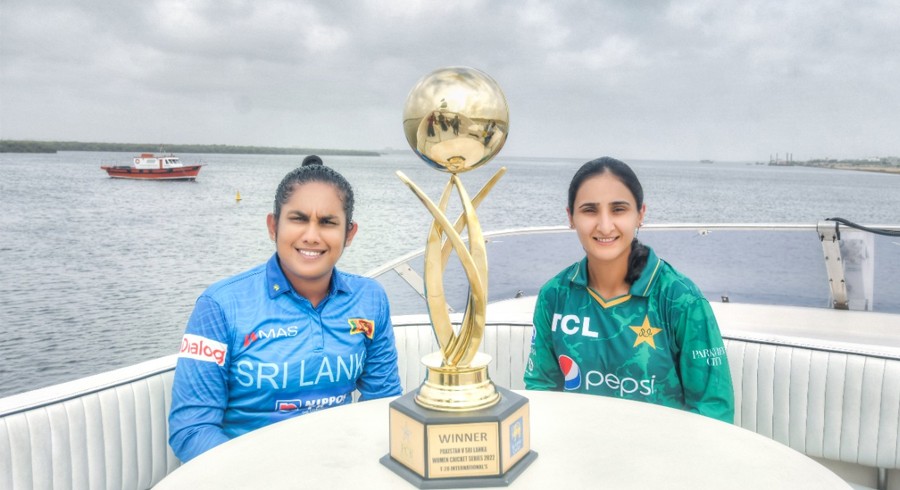 The historic tour ends a 16-year absence of Sri Lanka's women's team in the country, and its significance is not lost on skipper Chamari Athapaththu, who expects a stern challenge.

“The weather is hot and humid and it will test us but at the same time it will provide us an opportunity of testing our skills in challenging conditions," she said.

“We are excited to play a strong Pakistan team in its backyard. Pakistan and Sri Lanka have always enjoyed friendly relations and I am confident the series will be played in good spirit."

It's been a contrasting start to 2022 for the sides. As Sri Lanka missed out on ICC Women's Cricket World Cup earlier in the year, Pakistan featured in New Zealand, pushing a number of opponents and tasting victory over West Indies. Both teams are taking part in the Commonwealth Games in Birmingham, albeit in different groups.

Pakistan have recouped after a busy World Cup according to captain Bismah, looking to take on board the lessons of high-pressure cricket from New Zealand to Birmingham.

“We are looking forward to an exciting series with Sri Lanka. After the World Cup we will start afresh with an aim of winning both T20I and ODI series. We have a packed schedule this year and this series will help us prepare for the challenges ahead especially the Commonwealth Games," Bismah noted.

“We have an exciting squad in place for both formats. The newcomers in the two squads have a great chance of proving their worth when they get a chance to play.

"I think we will have a good contest as Sri Lanka are a formidable opponent especially in Asian conditions."

The three T20Is will be followed by three ICC Women’s Championship ODI fixtures.