Key takeaways from Australia's squad for the 2022 T20 World Cup 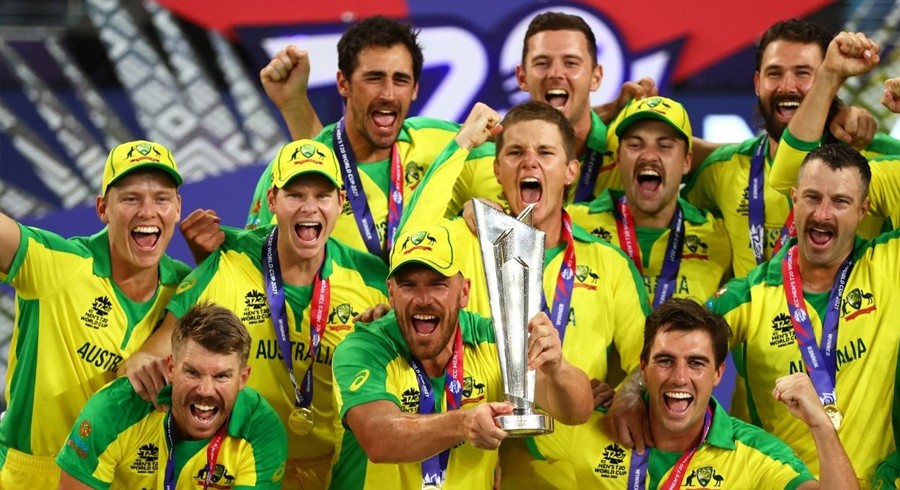 Backing the tried and trusted while also going ahead with a bold selection call – Australia named their squad for the 2022 T20 World Cup in hopes of defending their title.

The 15-member squad featured only one change from the one that successfully clinched the title under a year ago in the UAE. Skipper Aaron Finch has been backed to defend the title on their home turf, with the selectors hoping that the home field advantage will play a big factor.

Here's the 15 who will represent our national men's team at the upcoming T20 World Cup and tour of India 🇦🇺 pic.twitter.com/DUgqUGWuyV

The inclusion of Tim David though highlights one key change which will allow Australia to add further firepower to an already explosive batting line-up.

Here, we take a look at the key takeaways from the Australian squad that will hope to lift the trophy again at the MCG on November 13.

The biggest headache for Australia ahead of the selection was the form of skipper Aaron Finch. Since the start of 2021, Finch has averaged under 30 with the bat, while also striking below the 125. But his past record and excellent leadership qualities have meant that he'll be backed to lead the side to back-to-back T20 World Cup glory.

The rest of the set-up also bears an eerily similar look, with a settled middle-order with three genuine all-round options expected to back up Finch and David Warner who will open the innings.

The pace trio. of Josh Hazlewood, Mitchell Starc and Pat Cummins will be expected to do the damage, with the wily spin option of Adam Zampa.

With the 15-member squad, Australia have truly embraced the mantra of "If it ain't broke, don't fix it."

Australia though have made one significant selection by including maverick batter Tim David. David has carved out a reputation of being one of the most fierce strikers of the ball with his performances in various domestic T20 tournaments, with the added skillset of chipping in with some handy overs.

David is yet to represent Australia, with all his international appearances coming for Singapore. David though has an exception T20 record, with an ability to change the course of a game in the blink of an eye. In his T20 career, David has a fearsome strike rate of 164.17, while averaging over 30.

Now, the biggest challenge for Australia will be of slotting him in, in an already established middle-order. Nonetheless, the prospect of Glenn Maxwell and Tim David firing on all cylinders at the end of an innings provides a mouth-watering prospect for Australia.

The one notable exclusion from Australia's squad that lifted the trophy in Dubai is leg-spinner Mitchell Swepson, with David being drafted in. His omission means Australia will go into the tournament with only two spin options – Adam Zampa and Ashton Agar – who will be backed by Glenn Maxwell.

Come the World Cup, Zampa is likely to feature as the frontline spinner, with Agar as his backup. Maxwell will also contribute some overs, with his off-spinners having grown by leaps and bounds.

Australia are instead backing their much-vaunted pace attack of the No.1 ranked T20I bowler Josh Hazlewood, Mitchell Starc and Pat Cummins to deliver the goods with the ball. Kane Richardson has been selected as the fourth pacer, who will back up the frontline trio. Mitchell Marsh and Marcus Stoinis will also offer some handy overs of pace if the need arises.

With the selection calls though, Australia's strategy is crystal clear – pace is indeed ace.