Pakistan have named a similar squad that featured in the recently concluded 2022 Asia Cup, in which they finished as runners-up after losing the final to Sri Lanka by 23 runs 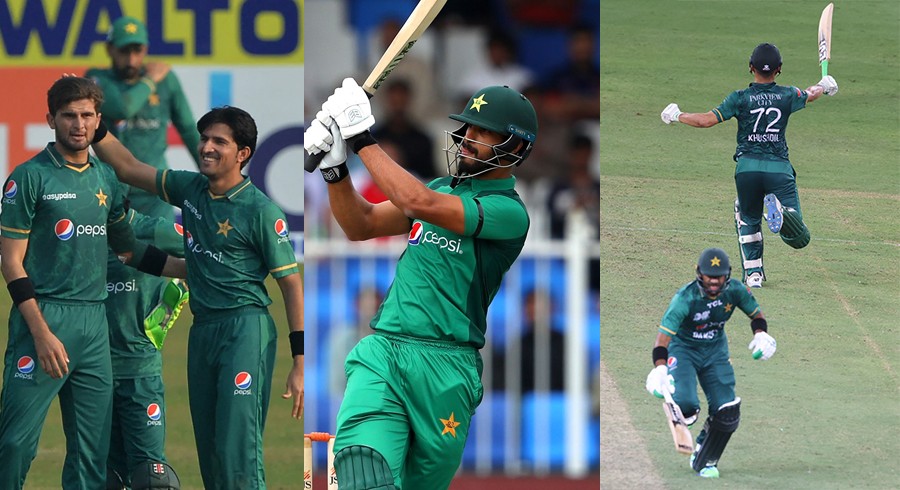 Pakistan announced their 15-member squad for the 2022 ICC Men's T20 World Cup in Australia, with the return of their pace sensation providing them with a major boost.

Pakistan have named a similar squad that featured in the recently concluded 2022 Asia Cup, in which they finished as runners-up after losing the final to Sri Lanka by 23 runs.

The highlight of their squad announcement was the inclusion of star pacer Shaheen Afridi, who is currently undergoing rehab for a knee injury he sustained during the first Test against Sri Lanka in Galle in July. The pacer is expected to regain complete fitness before the T20 World Cup which starts on 16 October.

In the last edition of the T20 World Cup in 2021, Pakistan reached till the semi-final stage before they were knocked out by the eventual champions Australia. This time around, they will be eyeing the coveted trophy, having won it last in 2009.

Pakistan will kickstart their tournament with a blockbuster clash against arch-rivals India on 23 October at the Melbourne Cricket Ground.

Let's take a look at the key takeaways from their 15-member squad for the marquee event.

Shaheen Shah Afridi has been the backbone of Pakistan's pace attack for quite some time now. In his absence, the likes of Haris Rauf and young pace sensation Naseem Shah led the attack for Pakistan in the Asia Cup. But the return of Afridi would certainly provide them with a major boost, making their pace attack one of the strongest, especially on Australia's pitches.

Afridi was one of Pakistan's top three wicket-takers in the 2021 tournament, finishing with 7 wickets in six matches at an economy of 7.04. In their big clash against India, he returned 3/31, snaring the top three wickets of KL Rahul, Rohit Sharma and Virat Kohli.

Although Afridi is currently undergoing rehab, he's expected to return to action early next month, confirmed Chief selector Muhammad Wasim in a press conference, “We are receiving encouraging reports about Shaheen Shah Afridi, who is likely to resume bowling early next month.”

Pakistan top-order batter Fakhar Zaman, who was in their Asia Cup squad, has been relegated to the reserve players' list which also comprises Mohammad Haris and Shahnawaz Dahani. Zaman had an underwhelming Asia Cup; in six matches, he accumulated 96 runs at an average of 16. His only notable performance was against Hong Kong in which he made 53.

His unimpressive show, coupled with injury concerns on his knee, has led to his relegation, opening the door of opportunity for Shan Masood, who earned his maiden T20I call-up. Masood has a decent experience of T20 cricket, having featured in 116 matches in which he has made 2985 runs. The left-hander was also impressive in PSL 2022, making 478 runs from 12 innings at a strike rate of 138.15. In Pakistan's National t20 Cup, he recently aggregated 204 runs in eight innings at a strike rate of 129.93.

Fakhar also missed out from Pakistan's squad for England T20Is due to a knee injury he sustained during the Asia Cup final. However, Masood has been added to the T20I mix and could showcase his skills in the series preceding the showcase tournament.

One of the major concerns for Pakistan during the Asia Cup was the inconsistency of their middle order. The likes of Iftikhar Ahmed, Khushdil Shah and Asif Ali have all been retained in the T20 World Cup squad, however, despite underperforming in the Asia Cup.

Asif, who is known as a finisher, could only manage to make 41 runs at 8.20 while Iftikhar made 105 at 26.25, Khushdil 58 at 14.50. The selectors have put their trust in the middle-order, going into the T20 World Cup with the same Asia Cup formula, barring Zaman. All three players have also been named in the T20I squad for England series, giving them a chance to make a comeback and prove the selectors right before displaying their mettle in the New Zealand tri-series.

In the last edition of the T20 World Cup, Pakistan had the experienced duo of Shoaib Malik and Mohammad Hafeez in their line-up. While the latter announced his international retirement earlier this year, Malik was not named in this year's squad. And that left Pakistan with limited options to experiment with in the middle order.