Learning points for Pakistan from home series against Australia 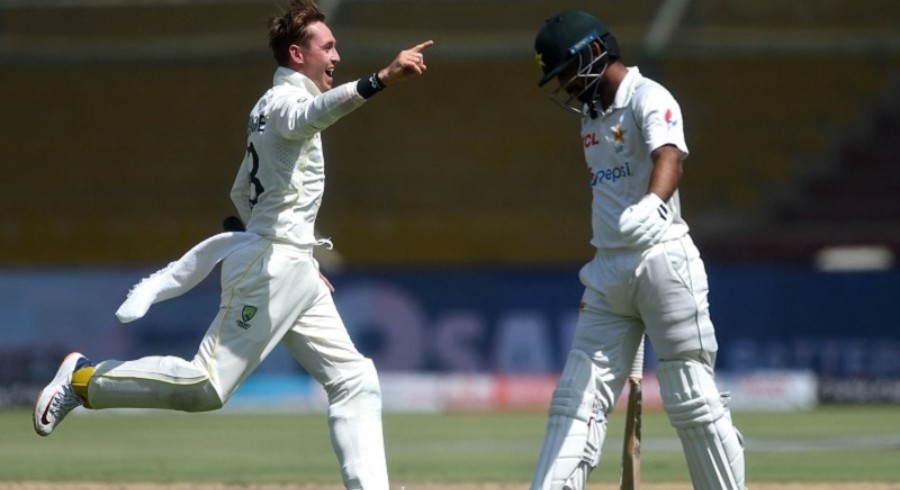 It wasn't long ago when it was announced that Australia will be traveling to Pakistan after a period of 24 years. Along with utmost anticipation, there were concerns over if the tour will go ahead smoothly.

With slight hiccups, Australia's tour finally came to a close yesterday with the Men in Green facing defeat in the one-off T20I match.ii

From Pakistan's defensive approach to Hasan Ali's form becoming a cause for concern, the Australia tour has highlighted a number of things that the Pakistan Cricket Board (PCB) and national team management need to address heading into the future.

The defensive approach needs to be eradicated

The tone of the Test series was set soon after the realization that the pitches curated for the three-match series are not going to offer much support to the pacers. Although the third and deciding Test match saw a reverse swing in all its glory, it wasn't the Pakistan bowlers who took the advantage but the visiting Australian side.

Pakistan were also outclassed in the spin department as Nathan Lyon's brilliance was far too daunting for Pakistan spinners to compete against. Although Nauman Ali showed promise but the lack of quality eventually became apparent.

There are questions regarding whether Pakistan adopted a defensive approach in the series or not; they did. From the curation of the pitches to the hesitant approach, Pakistan did not take the fight to the opposition which ultimately they ended up paying for.

Many former players across both sides criticized the pitches because they did not offer much contest between both bat and ball, mainly in the first two Test matches. The third and deciding Test match saw Australian bowlers step up and register a series victory over the Men in Green.

The PCB needs to lead better by example and instill an aggressive mindset for the upcoming series.

Pakistan are yet to find the perfect balance in the Test format as Pakistan opted for Iftikhar Ahmed in the first Test match and replaced him with Hasan Ali for the following match. Despite a poor run, Hasan Ali retained his position in the deciding Test match as well. Faheem Ashraf was dropped after being included in the second game of the series.

The changes point toward a lack of a plan from the team management. Not only that, it also hinders the performances of players who are being included in one game and booted out in the next.

The Pakistan Test team is currently missing the right combination which is hindering their progress; although Iftikhar is an all-rounder, he bowled a total of three overs from 140.1 overs bowled by Pakistan in the first Test match. In contrast, Nauman Ali and Sajid Khan bowled a collective of 66 overs.

It is evident that Pakistan are failing to find a reliable all-rounder option as none of the three players (Iftikhar, Hasan, and Faheem) have been impressive. This problem has seriously caused a disturbance in the team's balance and it remains to be seen whether Babar Azam will take a gamble with Shadab Khan in the next series or not.

Pakistan faced a much weaker Australian side in the limited-overs series as CA revealed that Warner, Cummins, and Hazlewood had all been given a rest whereas the likes of Richardson and Smith were both ruled out due to injuries.

The Men in Green suffered a splendid defeat in the first ODI and responded well by successfully completing their highest successful run-chase with Babar Azam and Imam-ul-Haq starring. The Pakistan bowlers remained largely unimpressive in the opening two games but popped off in the deciding ODI game.

However, it is important to make your mark whenever you face a rather inexperienced team by delivering convincing performances but Pakistan lacked the edge. Despite the successful run-chase in the second game, it is crucial to point out that Pakistan's premier bowling attack still conceded 348 runs.

One of many positives to come out of the limited-overs series was the resurgence of Imam-ul-Haq, who ended up as the top-scorer with 298 runs and broke Graham Gooch's record of scoring most runs in a three-match ODI series. In addition to that, Babar Azam popping off as a match-winner has something that many people had also been eagerly waiting for.

The days of Hasan Ali delivering match-winning performances for Pakistan are long gone and the right-arm pacer has turned into a liability more than anything. His performances have suffered a lot since his return from injury and seemingly, he is yet to mentally recover from the dropped catch in the T20 World Cup semi-final against Australia.

Hasan Ali featured in two Test matches, one ODI, and also was part of the one-off T20I game. Here are his collective stats from those games:

With the T20 World Cup 2022 also approaching, Pakistan management needs to make a decision whether Hasan Ali is going to be a part of their playing XI or will they opt for someone like Mohammad Wasim Jnr., who has been rather impressive on the other hand. Shahnawaz Dahani is another potential replacement that Pakistan can opt for.